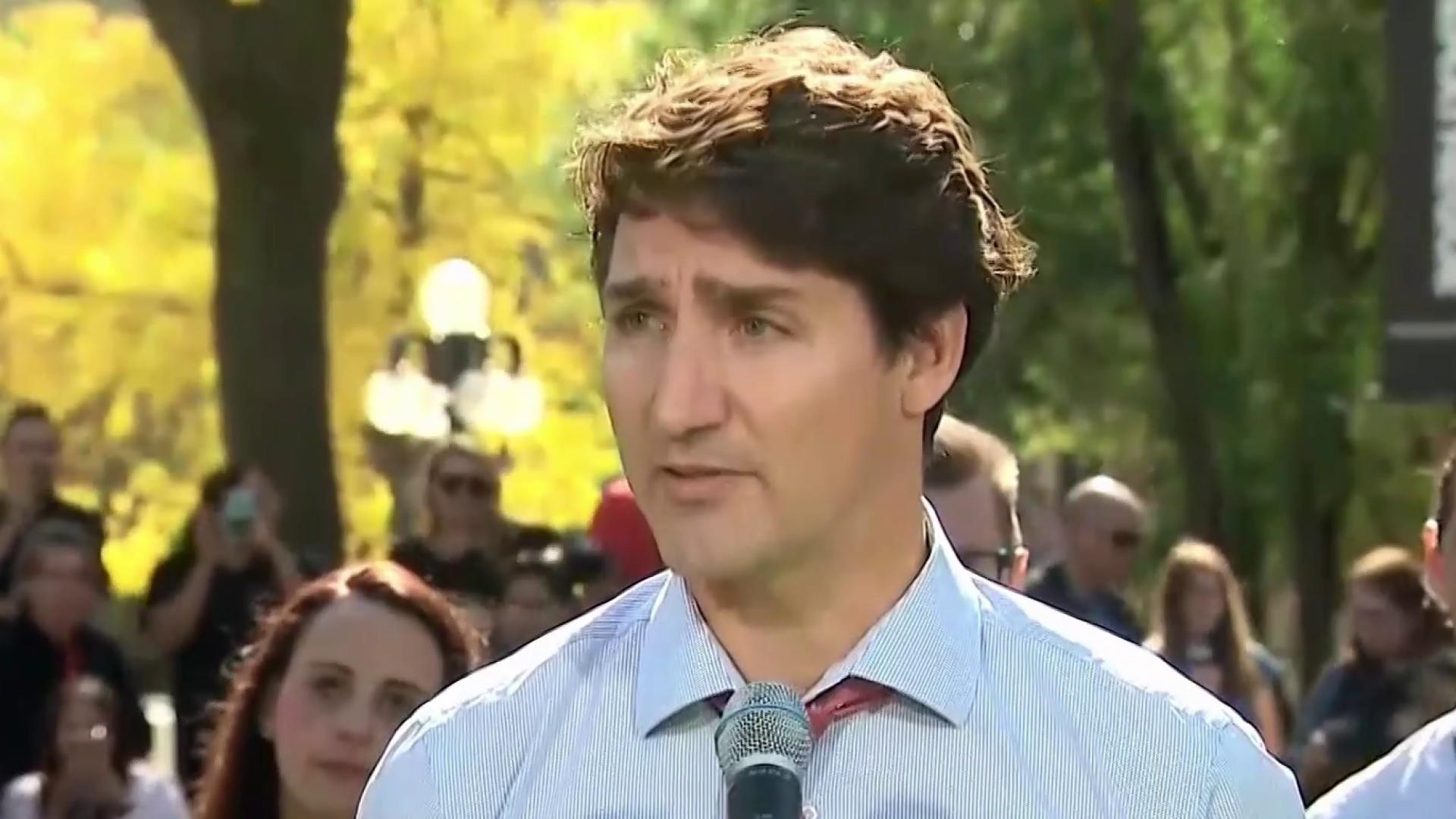 “At the end of the day, we’re all human, people make mistakes and they do things unwillingly or say things unwillingly. At the end of the day, the most important part is the actions and what you stand for. As a prime minister, Trudeau has demonstrated that he is all about culture and multiculturalism throughout his tenure. To me, I feel like it was a stupid mistake in the past. He did acknowledge it and apologize for it. Like every other human, he deserves another chance.” He says that it will not affect his vote at all. “I’ve been Liberal since I was old enough to vote and I am still going to be Liberal.”

“To be honest, I’m not really mad at him because he was a kid and maybe he didn’t know much. I wouldn’t penalize him for that. … I wouldn’t penalize him right now, maybe at the time [that the pictures were taken], but right now, he’s a grown man. He knows what he’s doing. Things in the past should not be affecting you right now. We did some bad things back in the day that we are not proud of. I’m not judging him. I’m black, too, but I’m not judging him.” This will not affect his vote.

“Where we are now in time, I think this is a complete waste of time, given that on Sept. 27, everybody should be out there [for a climate change march in Montreal]. The loss of our Amazon forests are the loss of our breath and the capacity to breathe. This kind of little tidbit out there just before the elections is ludicrous.” He said it will not affect his vote, explaining that he digs in instead to platform details.

“It’s quite delicate. The apology may have been sincere, but we are in 2019, so we should know better.” She felt the apology was an apology for the sake of an apology. “It wasn’t an apology for the act itself, more for the fact that it was discovered.” It won’t affect Ms. Hawolange’s vote though. When she votes, she looks at the programs in-depth. She tries to not be affected by scandals.

“We should leave in the past what happened in the past. I think this whole thing was unnecessary.” It won’t affect Ms. Lafleur’s vote.

“I think it’s a little ridiculous. There are more important issues than some picture from 20 years ago, or some Halloween costume.” Ms. Brazeau felt that the health-care system should be more discussed. “It’s ridiculous to spend 24 to 48 hours waiting at the hospital.” She said the images won’t affect her vote in the slightest.

“I think it’s relatively useless to put emphasis on that, especially since there are far more important debates to be had. He made a mistake in 2001, not that I necessarily will vote Liberal. It’s debates like this that take up too much space in our current politics, and we should be talking about more important topics.” One such topic, for Mr. Gingras-St-Aubin, are the refugees. It won’t affect Mr. Gingras-St-Aubin’s decision at the ballot box, seeing as he is unsure of where he will place his vote. “The Liberals have done some smart moves, but my choice is not yet made, even after the brownface.”

“It was a thing for a gala, I’m assuming it was Arabic. Obviously it wasn’t the smartest decision from his part, but it was a long time ago. I don’t feel any racism, on my side. It was an honest mistake. Hopefully he learned from it and moved on.” It won’t affect Mr. Dhillon’s vote.

“It’s innocent. It’s nonsense in regards to politics. It’s splitting hairs because of what was acceptable or not 20 years ago. Wearing a costume, pulling something like this out just to tarnish someone’s reputation or give an image that may be false, or positive or negative. We all know that Trudeau has worn other costumes in the past when he was on a trip. Did it bother people? Absolutely, it bothered everyone.” Labelle would elect Mr. Trudeau again. “I would elect him again just to show the world that enough is enough when it comes to tarnishing reputations during political campaigns. It makes no sense. It may even have the opposite effect, especially for those on the fence. Journalists love to write about this stuff, and say that there is a scandal. There isn’t any.”