Macpherson: Maybe, eventually, a decision on whether to defend rights 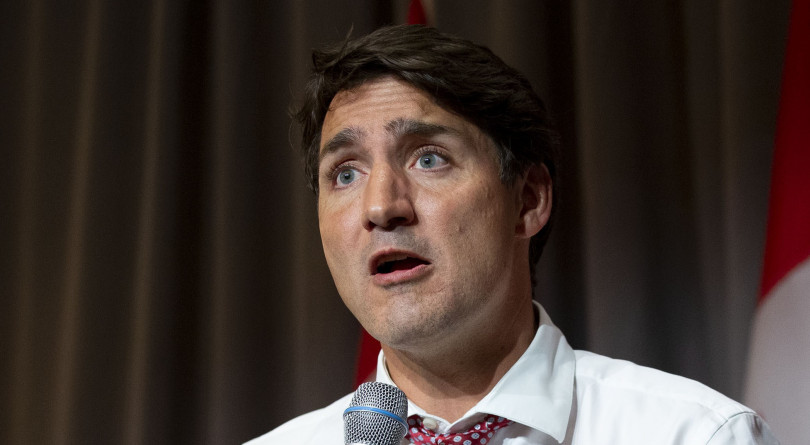 Once, when René Lévesque was Quebec premier, he gave a television interview to the CBC’s Don Murray in which he would pause in an answer as if he was groping for just the right words, then, as if they had come to him in a flash, blurt them out.

Then, Lévesque interrupted the interview and left his office to take a phone call. He left some notes on his desk, and, as any good reporter would do, Murray peeked at them. Written down were all of Lévesque’s apparently spontaneous phrases.

Good actors disappear into their roles, making you forget they’re acting. Justin Trudeau is not a good actor.

He sounds like a prime minister, all right, as in his news conference this week, after the federal election.

As Lévesque did in that interview, Trudeau often hesitates in answering journalists’ questions. But in his case, it’s as if his train of thought has derailed, and he’s trying to get it back on the track of a memorized script. He gives that away when he repeats the same talking points in almost identical words. At least Lévesque mixed it up.

And at least in Lévesque’s apparent spontaneity, he could sound sincere. Trudeau speaks in the stilted, ghostwritten quotes of press releases. It’s one reason he sounds inauthentic.

Another reason Trudeau’s words ring hollow is that they fail to live up to the tone of his rhetoric.

Consider his answers in French in his news conference on whether his government will intervene in a court challenge already underway against Quebec’s discriminatory anti-hijab law, Bill 21.

On Quebec Premier François Legault’s warning to Trudeau not to intervene:

“My position has always been very clear; we weren’t going to intervene at this stage on Bill 21. But I don’t want to close the door on an eventual intervention, because a federal government must never close the door to having the possibility of defending fundamental rights.”

And, on Legault’s saying Trudeau lacks legitimacy to challenge Bill 21:

Trudeau’s tone of voice made it sound as though he was taking a firm stand. But read his actual words.

To sum up: Bill 21 may violate fundamental rights, which he, as prime minister, “has the responsibility to defend.” But he won’t do anything about it “at this stage” — or perhaps ever.

Whether he does will depend on “the situation and conditions.” What situation, what conditions? If the Liberals get a safe parliamentary majority before the case reaches the Supreme Court? He didn’t say.

He committed himself only to “always being there.” To do what? “To decide whether or not we will intervene.” Because the federal government must not close the door to “having the possibility” of defending fundamental rights

The government could refer Bill 21 immediately to the Supreme Court for an opinion on its constitutionality, instead of waiting years for a challenge to work its way up through the lower courts. This would save time for all parties, especially the victims of the discrimination.

Joining an existing challenge, a largely symbolic gesture, is literally the least the government can do. Yet Trudeau won’t commit himself even to that strict minimum.

The election showed that Quebec minorities can’t count on federal politicians to defend their rights. That includes the prime minister. The other federal leaders wouldn’t do anything about Bill 21. Only in comparison does Trudeau’s leaving the door ajar, to having a possibility, of making a decision, eventually, sound courageous.

Macpherson: Who's afraid of François Legault