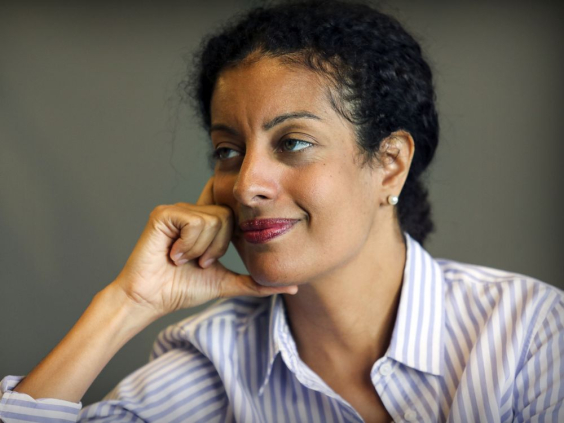 Yet again, a woman has to clean up a mess left by men.

This week, Dominique Anglade became leader of the Quebec Liberal Party. Like Pauline Marois of the Parti Québécois, who went on to become the province’s first female premier, Anglade is qualified for her party’s leadership, but got the job only when there was no male candidate left.

For five months, Anglade had been the only declared candidate for the leadership, while Liberal backroom boys and girls searched frantically for an alternative. Finally, they had to go outside the party to recruit Alexandre Cusson, whose withdrawal from the election this week left Anglade the winner by default.

Anglade took over a party that forms the official Opposition in the National Assembly, but was all but wiped out in French Quebec and reduced essentially to a Montreal-area, minority-supported rump in its worst election defeat in its 153-year history.

She made history not once, but twice. She’s the first woman at the head of her party. And, something even more significant that received less notice, the Montreal-born daughter of Haitian immigrants is the first leader of a major Quebec party who is not of French-Canadian descent.

Anglade might have gone on to make history a third time, by suing her own party while running for its leadership.

Two weeks ago, well-informed Denis Lessard of La Presse reported that Anglade campaign representatives had threatened to take the party to court if it didn’t proceed with the leadership election as originally scheduled May 30-31.

The party had suspended the campaign indefinitely due to the COVID-19 pandemic. Anglade later withdrew the threat, at least temporarily.

The party averted the possibility of being sued by a possible future leader when Cusson in effect conceded the election to Anglade.

His candidacy had created at least the appearance of a contested campaign that might have attracted public interest and badly needed new members to the party, had not the coronavirus intervened.

It also gave an alternative to Anglade to Liberals conscious of their party’s need to rebuild and renew itself in the French-speaking regions outside Montreal.

Cusson, who was mayor of Drummondville and president of the province’s union of municipalities, lacked Anglade’s experience in provincial government, as a former deputy premier and minister of the economy.

Also unlike Anglade, however, he was identified with “les régions” rather than cosmopolitan Montreal, and not with the unpopular former Liberal government.

And, a reported consideration for members of the Liberal Establishment seeking an “ABA” candidate (Anybody but Anglade), he fit the profile of traditional Quebec leadership: French-Canadian, male and white.

At least somebody seemed to know why Cusson was running. The candidate himself didn’t seem to, when he naively allowed himself to be rushed to the starting line for the leadership race last November, late and obviously unprepared. He apparently never did find out.

The few commentators who did mention that the perfectly “integrated” (read: assimilated) Anglade is the first visible minority to become leader of a major Quebec said it proved that her ethnicity is not a handicap.

Anglade didn’t become leader because she was popular, however, but because her only opponent in the election dropped out before the vote. She didn’t win the election, she survived it.

Even though she was obviously more qualified by experience than Cusson, a Léger poll in late February suggested that two-thirds of both voters in general and Liberals in particular still couldn’t decide which candidate would make the better leader.

And the Liberals themselves seem reluctant to celebrate becoming the first major Quebec party led by a non-French-Canadian.

In a press release, Anglade, interim leader Pierre Arcand and party president Linda Caron all singled out the lesser of Anglade’s historic achievements, becoming the first woman to lead the Liberals.

They made no mention, however, of her other, more significant breakthrough.