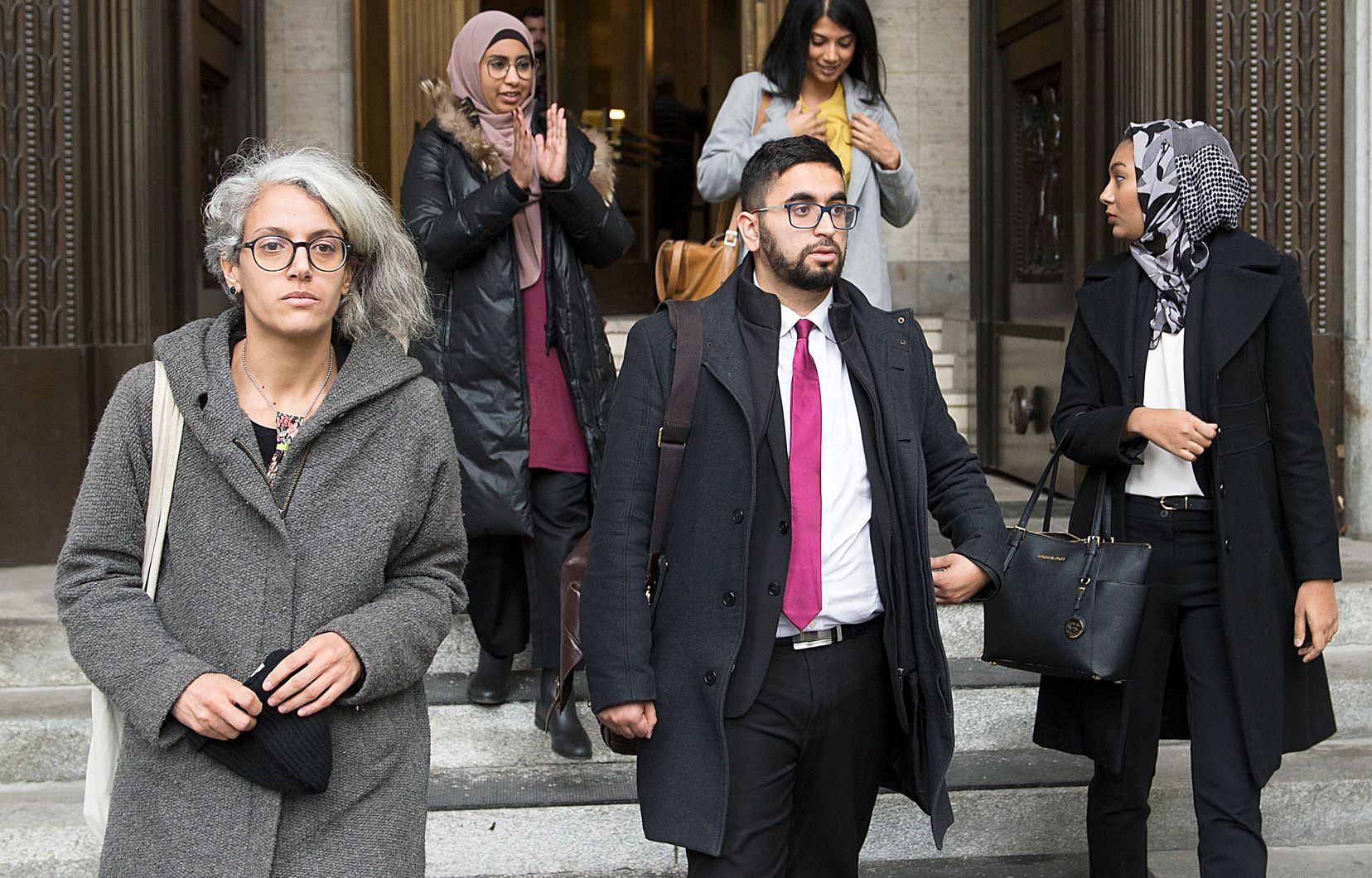 Politically, some nationalist supporters of Bill 21 might have hoped for a legal defeat for the law in this week's court decision.

For all the anticipation in Quebec’s politico-media class of this week’s court ruling on Bill 21, one might have thought it would be the final word on the province’s anti-hijab law. In fact, it would be far from that.

The Quebec Court of Appeal is not the highest court in the land; that’s the Supreme Court of Canada.

And the case before the Court of Appeal was limited to the temporary suspension of the application of the law’s religious-symbols ban. Bill 21 forbids teachers and some other government employees from wearing religious symbols on duty.

The suspension would have been in effect only until a ruling on the constitutionality of the prohibition.

That larger question of whether the ban is in accordance with the supreme law of Canada, the Constitution, is raised in other cases that have yet to be heard in court. They will almost certainly end up before the Supreme Court for a final decision. And that will take years.

But the stakes in the case before the Court of Appeal were raised last week, when Premier François Legault implied that his government might defy a ruling against the ban.

Asked about complaints that the court’s chief justice, one of three judges hearing the case, had expressed bias against the law, the premier replied that after “the judicial (system)” rendered its judgment, “we will take the necessary means to ensure Bill 21 is applied.”

And, asked the next day to elaborate, Legault said, as reported by Jonathan Montpetit of CBC News, “we’re not ruling anything out.”

So, a constitutional crisis may have been averted, at least for now, by this week’s two-to-one decision upholding a lower court’s rejection of an application for a provisional stay of the symbols ban.

Legally, the anticlimactic judgment is a victory for supporters of Bill 21. Politically, however, it looked more like a defeat.

A ruling against the law in the Court of Appeal would have been only a temporary setback for its supporters, since the government would appeal the judgment to the Supreme Court for a final ruling.

Politically, however, some nationalist supporters of the law might actually have hoped for a legal defeat in the Court of Appeal, especially after the complaints of bias in remarks by Chief Justice Nicole Duval Hesler.

Bill 21 is popular among Quebec’s French-speaking majority, and nationalists might have used a decision against it by federally appointed judges including Duval Hesler to discredit both future rulings against the law and the courts in general.

The complaints against the judge might have been at least partly politically motivated. The initial formal one was filed by Frédéric Bastien, a historian who also happens to be considering running for the leadership of the Parti Québécois.

Given the political sensitivity of the case, the remarks by the judge that were the subject of the complaints were imprudent. But most legal experts did not think they proved bias on her part, or justified the demands for her removal from the case.

And it’s worth noting that the chief justice could not decide the case alone, since she was only one of three judges hearing it.

As it turns out, Duval Hesler was the dissenting judge who decided in favour of suspending the symbols ban, pending the outcomes of other cases challenging its constitutionality.

But whatever influence she had as chief justice did not prevent the other two judges from prevailing, in a buffet of individual opinions offering arguments to both sides in the Bill 21 debate.

This may not have been what Quebecers were expecting, after the buildup over the accusations against Duval Hesler in the days preceding the judgment.

The system worked, and to the possible chagrin of some nationalists, Quebecers’ confidence in the impartiality of the courts may have been bolstered.

This may explain why, among nationalists, the celebration of their victory was subdued. They may even have been disappointed.