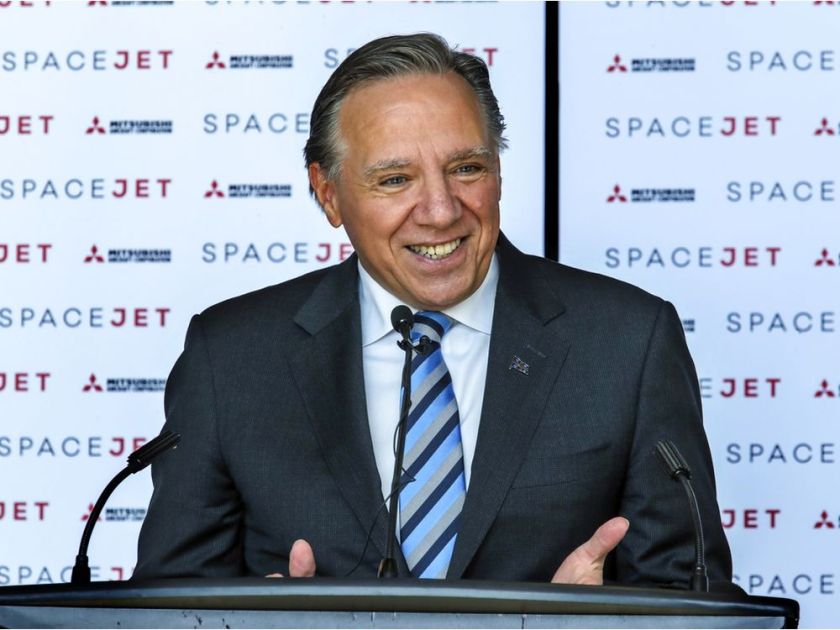 The premier at least implicitly threatened to ignore a final judgment against Bill 21, defy the courts, and continue to enforce the law.

François Legault has often been compared to a famous predecessor as Quebec premier, Maurice Duplessis.

His instrument of power is the party he created, a personality cult of devoted followers that in Legault’s case is officially named after him: Coalition avenir Québec—L’équipe François Legault.

He is a francophone nationalist, but not an indépendantiste. He is a pragmatist, not an ideologue, a populist who so often invokes the approval of the (French-speaking) majority as justification that it seems Quebec’s real leader is pollster Jean-Marc Léger.

But if Legault has a philosophy of government, it is reminiscent of that of another legendary authoritarian Quebec politician of the last century.

Montreal Mayor Jean Drapeau ran his city as what a political opponent called an elected dictator. In what Drapeau called his “disciplined democracy,” he ruled with absolute power, subject only to the judgment of the voters every four years at election time.

Legault is the head of a majority government, in whose hands the evolution of Quebec’s parliamentary system has concentrated power. In his first year in that office, his constant smile has belied the brutality with which he has casually swept aside the traditional restraints on that power accepted by his recent predecessors.

To Legault, I wrote during the debate on his anti-hijab Bill 21 last spring, the end justifies the means, and might makes right. And nothing must be allowed to stand in the way of the will of the French-speaking majority, as expressed in the ballot box, the National Assembly, or the opinion polls.

One of those traditional restraints on a premier’s power is respect for the rule of law.

Since the 1982 Constitution Act limiting Quebec’s powers was imposed on this province without its consent, all its premiers have refused to accept it formally and politically. But all of them have accepted it legally, as binding on, and in, this province.

That is, until this week.

On Tuesday, journalists asked Legault to comment on a complaint by a potential Parti Québécois leadership candidate, Frédéric Bastien, about remarks by the chief justice of the Quebec Court of Appeal during a hearing on Bill 21.

Nationalists argue that Chief Justice Nicole Duval Hesler, one of three judges hearing an appeal of a Superior Court ruling denying a request to suspend application of the law, had expressed bias against Bill 21.

Certainly the judge’s remarks were at least imprudent. But some of the criticism of them might also have been politically motivated, to discredit eventual court rulings against the law, and the courts themselves.

At first, Legault answered cautiously. He said he understood why some Quebecers were “concerned” by the judge’s remarks, since, “to keep the public’s confidence, there is a need for impartiality, and an appearance of impartiality.”

But, he continued, “there is a separation of powers with the judicial (system), so we will let the judicial render its judgment.”

He didn’t stop there, however. Even as journalists tried to interrupt him, he insisted on concluding that after the courts delivered their ruling, “we will take the necessary means to ensure Bill 21 is applied.”

Note the premier did not say the government would settle for appealing a judgment against the law. Rather, he at least implicitly threatened to ignore a final decision, defy the courts, and continue to enforce Bill 21.

This is consistent with the position of some nationalists that majority rule must be absolute, not limited by charters protecting individual and minority rights interpreted by unelected judges. Influential nationalist writer Mathieu Bock-Côté articulated this position in a book praised by Legault.

The premier’s antidemocratic remark has received little media attention, except for some commentators questioning whether he meant what he said. But unless he “clarifies” his remark, all we have to go on is what he did say.

And what the premier of Quebec said suggested that he would place himself above the law, which is something dictators do.