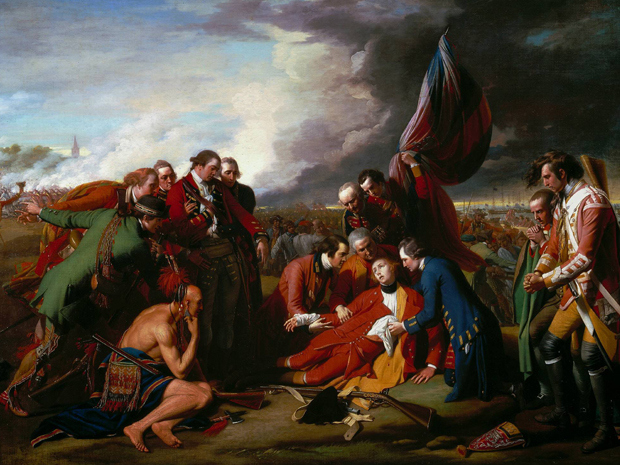 As part of its campaign playing to fears of a weakening Quebec identity, the Parti Québécois government has singled out the teaching of history as an area in need of attention.
“Quebec culture and identity have their roots in our history, a facet of our identity that is not adequately valued,” Premier Pauline Marois said after her 2012 election. “A strengthening of the teaching of our history is long overdue.” Her education minister promised curriculum changes to ensure schoolchildren were being properly instructed on the “national question” and last year launched consultations.
A large proportion of young Québécois hold to a melancholic or sad vision of Quebec history
But according to a book published this week by Université Laval history professor Jocelyn Létourneau, the PQ has nothing to worry about. His 10-year survey of high school students has found that the nationalist vision of Quebec history as a litany of defeat and struggle is implanted at an early age and only becomes more deeply rooted when students study history in high school.
“A large proportion of young Québécois [around 40% of the total of answers collected] hold to a melancholic or sad vision of Quebec history and a perspective in which the history of Quebec is depicted as a struggle,” Mr. Létourneau writes in a summary of his book, titled Je me souviens?
The book is the result of an exercise begun in the early 2000s, in which students were asked to sum up Quebec’s historical journey in a single sentence or phrase.
As might be expected when surveying a group of teenagers, the question drew out the class clowns. “Cheese curds + Gravy + French Fries = Fatty goodness?” one answer from an anglophone student read. “Poutine is good. Go Habs Go!!!” a like-minded francophone wrote.
But Mr. Létourneau said the bank of some 3,500 answers allowed him to identify clear patterns. Many children starting high school had already absorbed a narrative of Quebec history as tragic, but it was reinforced after taking the mandatory high school course on Canadian and Quebec history. The proportion of students providing negative accounts of history rose to 40% from 22% after taking the course, while those offering positive accounts dropped to 16% from 24%. Neutral statements dropped to 16% from 29%.
Some examples of negative statements from francophone students were “A succession of failures,” “From conquest to conquest” and “We were had, and it is still the case.”
A 2007 curriculum reform intended to provide a more balanced teaching of Quebec history had no discernible impact on the results. Mr. Létourneau said history is like religion in Quebec, and such events as the 1759 Battle of the Plains of Abraham, the Rebellions of 1837-38, the sovereignty referendums and the so-called Night of the Long Knives constitutional deal are beads on a collective rosary.
“A large proportion of people in Quebec tend to stick to the same historical matrixes that they develop at an early age,” he said.
That is not enough for the PQ government, however, which sees the teaching of history as part of its multi-pronged defence of Quebec identity. The defence also includes the charter of values banning hijabs, turbans and kippas in the civil service and a stalled attempt to strengthen language legislation.
Last September the PQ announced plans for a new mandatory college-level course on Quebec history and mandated a well-known sovereigntist sociologist to lead consultations to revise the high-school curriculum.
“It is time to discuss what defines us,” Higher Education Minister Pierre Duchesne said at the time. “That will help in training free-thinking students, citizens focused on action and Quebecers equipped with more solid confidence in themselves.”
Mr. Létourneau said it is naive for a government to think it can mold history to its purposes. “We’re not in a totalitarian society,” he said. But he said it is worrying that the PQ is trying to use history as a political tool, and that it is doing so without any large study of the current state of historical knowledge.
He argues that instead of seeing history as one people’s triumphs or defeats, there should be an effort to show both sides of the coin. “The past is a grey zone,” he said, “but you know, the colour grey doesn’t interest a lot of people.”