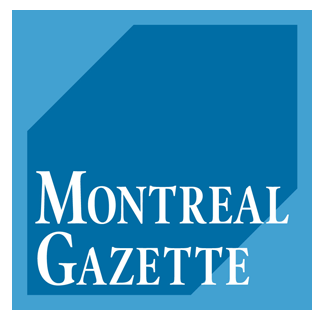 The CAQ will celebrate the anniversary of its first year in power Oct. 1, and a Forum poll shows it has cornered the market on francophone votes.

With the opposition parties mostly leaderless and in the midst of soul-searching exercises, the CAQ remains Quebecers’ party of choice, with the support of four in 10 citizens (43 per cent), the Forum Research poll says.

That number is virtually unchanged since July.

On top of that, a large majority of Quebecers approve of the job Legault is doing as premier. The CAQ will celebrate the anniversary of its first year in power Oct. 1.

The party’s weak point, however, remains a lack of support with minorities, who prefer the Liberals by far.

“The summer has been kind to Premier Legault,” said Lorne Bozinoff, president of Forum Research. “He continues to govern from a position of strength and is likely bullish about his agenda for the fall session.

“If an election were held today it looks like Legault would actually improve his hold on the National Assembly.”

That’s because the three big opposition parties in the legislation remain mired in the dungeons of public opinion.

Forum’s poll has pegged support for the Liberals at 18 per cent, lower than their July 29 poll, which gave them 22 per cent.

The news is also bad for the Parti Québécois, which already has slipped to fourth-party status in the legislature with only nine MNAs.

Almost a year after the October election, the PQ does not have a permanent leader and most of the potential candidates — including the high-profile Véronique Hivon — have turned down the opportunity to run.

Forum Research says the PQ is polling at 14 per cent, four percentage points behind its archrival Québec solidaire, which continues to be popular with youth. QS has the support of 18 per cent of voters, including 39 per cent of Quebecers aged 18 to 34.

Forum Research concludes that had an election been called today and based on these results, the CAQ would win 87 seats, the Liberals 28, while QS and the PQ would each have five.

The CAQ currently holds 75 seats, the Liberals 28, QS 10 and PQ nine. There are two independents and once vacant seat (Jean-Talon).

Legault has reason to smile. His personal approval ratings remain high despite controversial legislation — Bill 9 reforming the immigration system and Bill 21 on state secularism — passed in June by his government using closure to limit debate.

Almost two-thirds (61 per cent) of respondents approve of the job Legault is doing, while a quarter (24 per cent) say they disapprove, Forum Research concludes. Legault’s net-favourable score is plus 37.

On the other hand, interim Liberal leader Pierre Arcand remains poorly known to the public. More than half (54 per cent) say they don’t know whether they approve or disapprove. Arcand’s net-favourable score is minus 12.

The Liberals are also having a hard time finding a permanent leader and last week suffered the loss of a key francophone MNA, Sébastien Proulx, in the Quebec City riding of Jean-Talon.

So far one candidate has declared a leadership bid, Saint-Henri—Saint-Anne MNA Dominique Anglade, who was a minister in the old government of Philippe Couillard. He resigned following the party’s election defeat.

Forum Research did not ask voter opinions of the interim leader of the PQ, Pascal Bérubé, who is leading the party through a major rebuilding and rebranding operation. The party has even contemplated changing its name in a bid to woo back voters.

To date, no candidates have declared their intention to run for the PQ leadership.

Forum Research’s poll showed, however, that the CAQ has been unable to patch up relations with minority communities. Last week, Christopher Skeete, parliamentary secretary to Legault for the English-speaking Quebecers, launched a province-wide tour to meet with minority groups.

Forum Research’s poll shows while the CAQ has the overwhelming support of francophone voters alone (46 per cent), it has 20 per cent support with English-speakers.

The Liberals have the support of 46 per cent of English speakers and a mere 15 per cent among francophone voters.

The poll shows the CAQ has cornered the market on francophone votes. That bodes well for another mandate in 2022; the PQ is only polling at 16 per cent in the category. QS has the support of 19 per cent of francophones.

As for a regional breakdown, the CAQ is once again on top in its stronghold Quebec City ridings, where it is polling at 53 per cent, compared with 14 per cent for the Liberals.

The CAQ fares less well in Montreal, where it is polling at 39 per cent. The Liberals have the support of 24 per cent of voters.

The poll results come during the same week as the Liberal and CAQ caucuses are meeting almost simultaneously to prepare for the resumption of work at the National Assembly on Sept. 17.

The Liberals are meeting in Bromont, while the CAQ caucus is in Rivière-du-Loup.

The Forum Research poll of 1,219 Quebecers was conducted using an interactive voice response telephone survey Aug-27-28. Results based on the total sample are considered accurate plus or minus three per cent 19 times out of 20.

Analysis: Quebec's language debate poised to roar back to life