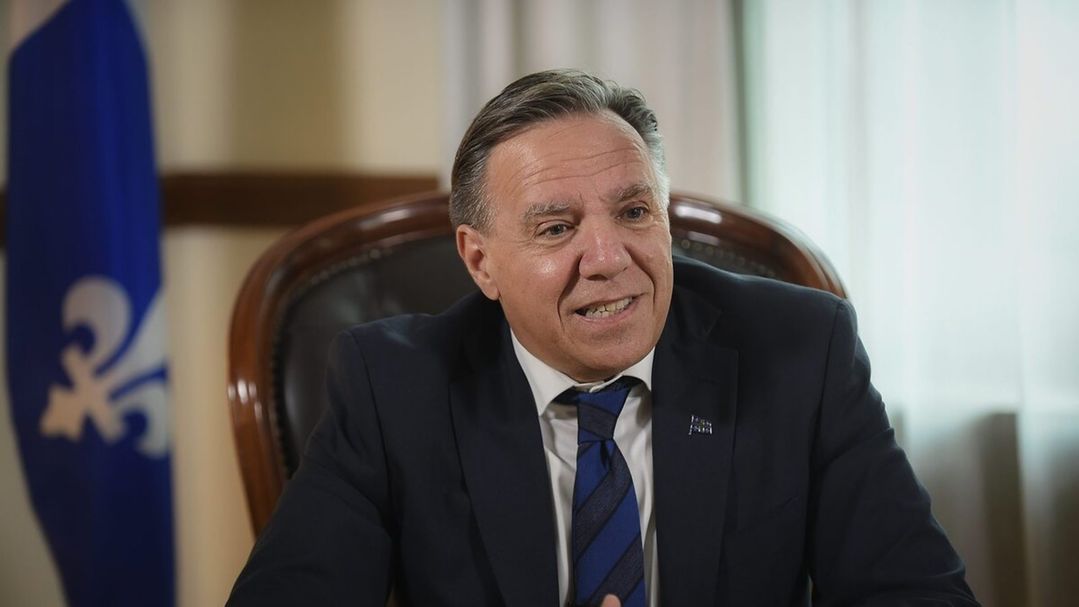 "What's great about this election is we talked a lot about the priorities of Quebecers," says the premier. So who will he vote for?

QUEBEC — Premier François Legault says he’s delighted to see Quebec’s issues have been a big part of the federal election and everyone wants to be the province’s new best friend.

Legault would not reveal for whom he plans to vote because he doesn’t want to influence Quebecers who are still on the fence as the clock ticks to election day Oct. 21.

“I am happy to see my name and the name of Quebec were often pronounced during the debates,” a beaming Legault said as he emerged from a meeting of the Quebec cabinet.

“I think it’s good for Quebecers. It proves the leaders are interested. What’s great about this election is we talked a lot about the priorities of Quebecers.”

Legault said he looks forward to working with whomever forms the next federal government “to advance our issues, whether it is immigration or secularism or the environment.”

Over the last few weeks of the campaign — and faced with the rise of support for the Bloc Québécois, which has spent much of its time selling the Legault agenda — all the federal party leaders have tried to cozy up to the province with promise after promise.

The fact Legault and his Coalition Avenir Québec government remains popular with voters has inspired leaders to try to hitch their wagon to the premier.

On Tuesday, Conservative Leader Andrew Scheer went so far as to say the Canadian federation needs to be re-imagined — a direct pitch to nationalist voters in Quebec who cast their ballots for the CAQ in 2018 and who now seem to be flocking to the Bloc.

Scheer, who is fighting to keep Conservative seats in the Quebec City area, said he agrees Quebec should have more powers over immigration — a key Legault demand.

New Democratic Party Leader Jagmeet Singh has tried to woo nationalists, too, saying in many ways he shares the values of Quebecers.

For his part, Liberal Leader Justin Trudeau has been chasing Quebec voters to buttress his party against expected losses in the rest of the country. On Wednesday, he launched a last tour of the province, saying he wants a team of strong Quebecers in his government.

In terms of putting Quebec front and centre, Legault got the ball rolling early in the campaign when he presented his shopping list of demands and warned federal leaders not to get involved in any court challenge against Bill 21, the province’s secularism law.

Sometimes such shopping lists fall flat, but not this time.

“I’m happy for Quebecers because usually we don’t talk enough about Quebec’s priorities,” Legault said. “This time we talked a lot.

“If my popularity is helping to address Quebecers’ priorities, good for Quebec.”

He said he disagreed that the campaign has turned into a kind of referendum on Bill 21, even though it was on the lips of nearly every politician for weeks.

Though the premier told his ministers and political staff not get involved in the election, he defended his own numerous forays — including when Trudeau boasted he was the only leader ready to say his government might intervene in a legal challenge of Bill 21.

Legault said Wednesday that Trudeau had gone too far and he had to speak out.

However, he would not speculate on what kind of government Canadians will wake up to Oct. 22.

“I am not here to help or hinder a party,” Legault said. “I am there to defend Quebecers’ interests. Now it is up to Quebecers to judge the responses (to the issues), some positive, some negative.

“I will let Quebecers choose. Will it be majority, minority, blue or red, that’s what we will see the evening of Oct. 21.

As for his own choice, Legault did reveal he’s in the category of the undecided.

“I am waiting until the last minute,” he said. “It’s becoming clearer. I will keep this to myself because I don’t want to tell Quebecers who they should vote for.”

Legault will cast his ballot Monday in his home riding of Outremont.