Claude Blanchet and Henry Walsh were business associates of Mario Grilli in Île Bizard real-estate development.
They made millions of dollars in the 1980s buying agricultural land on Île Bizard and then persuading the Commission for the Protection of Agricultural Land to rezone it for development.
At the time, one of the two commissioners who approved the rezoning was Léandre Dion, a militant Péquiste and later a political colleague of current Parti Québécois leader Pauline Marois in the National Assembly.

Blanchet, who is married to Marois, told the media at the time that his wife played no role in the zoning changes that made him and his business associates millions of dollars in profits.
Blanchet is the son of a gas station owner in Quebec City. He originally made money buying and selling three gas stations.
After completing an MBA, Blanchet joined Campeau Corp., a real-estate development firm. Blanchet quickly climbed the corporate ladder to become vice-president and right-hand man to company founder Robert Campeau.
Campeau owned large tracts of land on Île Bizard. When the company ran into financial problems, Grilli bought the land in 1986. Blanchet then became a business partner with Grilli and Walsh. Blanchet got the zoning changes that allowed Grilli to develop the land and make millions.
Blanchet has a history of securing high-paid government jobs while his wife has been a prominent Péquiste and eventually a PQ cabinet minister.
After the PQ first came to power in 1976, Blanchet became the general manager of the Société de développement coopératif, an investment company partly owned by the Quebec government.
In 1984, he took over the Fonds de solidarité, which the Parti Québécois had just launched with a $10-million loan. At the time, Marois was the labour minister who granted the loan.
Blanchet invested $7 million of the fund's money in the Montreal Expos baseball club and bought an 18-per-cent interest in the National Hockey League's Quebec Nordiques.
Under his leadership, the fund performed badly. Canada Savings Bonds made more money.
But despite a lacklustre performance, in 1997 the PQ cabinet made Blanchet president of the Société générale de financement, another government-owned investment arm. Normally, the SGF board selected its president. But not this time.
As SGF president, Blanchet was often seen with Marois, who became finance minister, announcing the same projects at news conferences.
He earned $257,500 a year plus bonuses of up to 50 per cent of his salary until 2003, when the Liberal government of Premier Jean Charest turfed him out. Blanchet left with a $1.25-million severance and pension package, according to published reports at the time.
During his reign, the SGF performed spectacularly poorly. From 2001 to 2003, it posted losses varying from $88 million to $511 million. It had a five-year return of only 5.4 per cent.
Despite these losses, Blanchet paid himself and his staff bonuses. In 2004, the Quebec auditor-general criticized him for "inappropriate" bonuses of up to 50 per cent of his salary when the fund was losing money.
Since his firing, Blanchet has lived off his investment income plus hefty pensions he secured while managing government agencies. The pensions alone give him at least $100,000 a year. The exact amount is secret.
Now he lives on a private estate that includes large sections of government-owned land, while his wife labours to regain power for the Parti Québécois. 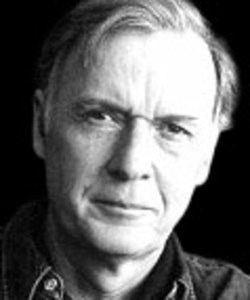