German Twitter users in particular were incensed by Sigmar Gabriel’s lack of sensitivity to the victims of fascism. 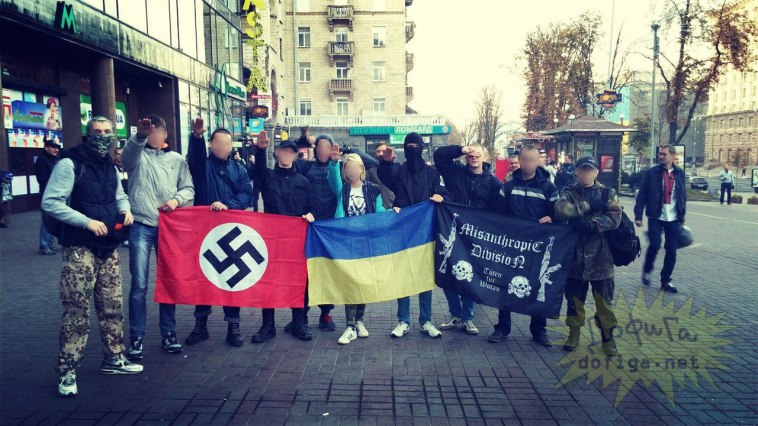 The Canadian Prime Minister Justin Trudeau and the German Foreign Minister Sigmar Gabriel have found themselves embroiled in a scandal over a public greeting they offered to Ukrainian leaders.

Both leaders used the phrase “Slava Ukraini!”, in their messages. The phrase which literally means “Glory to Ukraine” and is usually answered with the refrain of “Glory to heroes”, was popularised by Ukrainian Nazi-collaborators during the 1940s including the notorious Ukrainian Insurgent Army and the Organization of Ukrainian Nationalists headed by Stepan Bandera.

Both groups were complicit in the killings of Russians, Soviet Ukrainians, Poles and Jews.

The slogan has been resurrected by neo-Nazis who played a role in bringing about the February 2014 coup in Kiev against the anti-fascist President Viktor Yanukovych.

Many German citizens were incensed that the Foreign Minister could offer a fascist greeting with one German Twitter user writing in,

“Mr. Gabriel, you could not possibly tweet anything more stupid. Slava Ukraini is a Nazi greeting in Ukraine”.

“Slava Ukraini is something similar to a person saying ‘Sieg Heil!’ in Germany… You have not fully gotten rid of the Nazi filth, have you?”

Another user was worried that Germany was “returning to its roots”.

By contrast Justin Trudeau’s remarks gained little response, most likely because they were less visible due to the fact that they were not posted on social media.

Nevertheless, an apology is in order from both men. There is no place for fascist phrases in 2017, especially since in respect of the Ukrainian regime, fascism is still claiming its victims in the form of the genocidal war against the people of Donbass which continues without abatement.