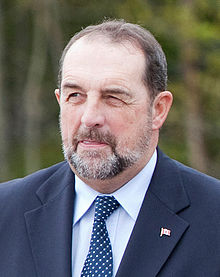 The Quebec referendum of Oct. 30, 1995 was a very close call for Canada, with political ramifications that resonate to this day. Ottawa joining the legal challenge to Quebec’s Bill 99, which affirms a 50-per-cent plus-one-vote enough to declare independence, is the latest echo.
The referendum, on this day 18 years ago, was a one-point game, with the No side prevailing by 50.58 to 49.42 per cent. Had only 31,000 votes gone the other way, we might have lost our country. Jacques Parizeau had made it very clear that in the event of no negotiations for a partnership with Canada, he would unilaterally declare Quebec’s independence.
As a result, the Chrétien government referred the whole secession question to the Supreme Court, which in 1998 ruled that there must be a clear majority to a clear question, in which case Ottawa would be obliged to negotiate the breakup of the country.
Bill 99 was Quebec’s response in 2000 to the Clarity Act, which implemented the Supreme Court judgment. English-rights activist Keith Henderson then filed a legal challenge, which has been in limbo for 13 years. But the challenge will finally be heard in Quebec Superior Court, and the news that Ottawa quietly joined the case, two weeks ago, set off a fire storm.
Quebec Intergovernmental Affairs Minister Alexandre Cloutier called a rare Sunday morning news conference to denounce the “direct” and “devious” attack on Quebecers’ right to determine their future. Predictably, all parties in the National Assembly approved a motion supporting Bill 99, although the Liberals reminded the legislature that Jean Charest had warned, back in the day, it would be susceptible to a constitutional challenge that could weaken Quebec.
In the midst of all this noise, Denis Lebel had the misfortune to be in Montreal for a speech, around which he had some media interviews. Since he is minister of intergovernmental affairs and Stephen Harper’s Quebec lieutenant, the radio and TV hosts wanted to know whether he thought 50 per cent plus one was enough. He tried to avoid the question in one interview, but when the host persisted, he finally replied: “We’ve always said we’d leave that to Quebecers, but, yes, it is for me.”
The words were scarcely out of his mouth before Canadian Press filed the following lead: “A split has emerged in the Harper government over a fundamental principle: the rules governing the potential breakup of Canada.”
Lebel’s seatmate in the House of Commons, Prime Minister Stephen Harper, had a different interpretation when it came up in question period the following day.
“The fact of the matter is we believe, on this side, that debates on the process for dividing the country are best left to the courts,” he said. “Everybody on this side, including the minister of intergovernmental affairs, is an unconditional supporter of the unity of this country. I believe that Quebecers, as much as anyone else, do not want another referendum. They do not want to be arguing about this. They want to be taking this country, united together, forward into the future.”
Lebel’s office then issued a terse statement: “The federal government did not initiate these proceedings. No one wants another referendum. It is completely normal for the federal government to defend Canadian law. As the case is before the courts, we will have no further comment.”
For their part, the NDP were delighted by Lebel’s quotes, which they gleefully shared with parliamentary media. Its own position, since the Sherbrooke Declaration of 2005, has been clearly in favour of 50 per cent plus one being enough. Tom Mulcair added a nuance last winter when he added that the NDP would make sure the question was a clear one.
But from the time of the 1980 referendum, there has been consensus among all parties in Quebec on two points. First, the question would be written by the National Assembly. Second, 50 per cent plus one would be enough.
The Supreme Court ruling and the Clarity Act changed that, which is what brought on Bill 99 in the first place.
No one wants another referendum any time soon. The last one was a bruising experience that saw broken friendships and bitterly divided families.
Both the 1980 referendum on sovereignty association, and the 1995 referendum on an economic partnership with Canada, were ambiguous questions.
A clear question, as the Liberals reminded the Parti Québécois in the legislature last week, would be along the lines of next September’s Scottish referendum: “Should Scotland be an independent country?”
Absent a PQ majority in the next election, there will be no referendum in the foreseeable future. And there will be no election before next spring at the earliest, as Premier Pauline Marois last Saturday ruled out a snap fall election. After using the proposed Charter of Quebec Values as a wedge issue with rural voters, the PQ was still four points behind the Liberals, 38-34, in a CROP poll last week.
There’s no majority, and no referendum, in numbers like that.

Gender parity will rank as one of Charest's greatest achievements