Francophones have reason to be paranoid


Most Quebecers are familiar with the talents of William Johnson from his controversial stewardship of the now-defunct anglophone-rights group Alliance Quebec.
Now we discover to our surprise he is also a psychiatrist-one capable of diagnosing Quebec with paranoia! I must say, I'm impressed.
What has always impressed me the most, however, is his ability to come up with connections between phenomena, even if these connections do not exist in reality. He has often shown us his ability to lump together all kinds of spurious accusations and to put all of these accusations on an equal footing. This always results in a phantasmagorical anti-francophone hodgepodge, which is, I repeat, impressive.
Impressive, but also exasperating to those of us who believe intellectual honesty is an essential quality in contemporary societies as complex as ours. To prove his point, like a cook gone mad, he throws all kinds of ingredients into a big pot: history, immigration, anglos, Bill 101, religion, unilingual signs, the unemployment rate of immigrants and their obligation to send their children to French-speaking schools.
With a few strokes of a pen, Johnson solves all of these very complex problems. What a feat! It's an achievement I feel incapable of matching. However, for all his many talents, Johnson fails at proving his point because he fails at convincing the reader that he is an objective observer of the situation which he describes. He does not show any critical distance. All he does is accuse francophone Quebecers of being a stubborn, narrow-minded people who do not understand the great civilizing values of Anglo-Saxon culture. In an effort to be concise, I will not be able to respond to each of Johnson's inflammatory arguments; however, if space permitted, I could easily write a few dozen pages in response.
Let us get one thing straight. It is true that we, francophone Quebecers, have always feared the English language – not English-speaking people but rather the power of their language in North America.
Why? For two reasons that are so obvious that I am surprised to even have to mention them. First, French is the mother tongue of two per cent of North Americans.
Second, if we have always seen the English language as a threat, it is because ever since la Conquête, British rulers, like Lord Durham, have always wanted to assimilate us (for our own good, as he wrote!)
Here are plain hard facts that prove our fears were justified: the expulsion of the Acadians in 1755; the Conquest of 1759; the attempt to ban the French language from the Chambre d'Assemblée in 1792; the banning of the newspaper Le Canadien and the imprisonment of several of its collaborators by Governor James Craig in 1810; yet another attempt to ban French from the Chambre d'Assemblée after the Union Act of 1840; the burning down of Parliament (then-located in Montreal) in 1849 after The Gazette encouraged its readers to riot.
French-language Catholic schools were forbidden in Canada outside Quebec, even though Confederation officially guaranteed equal status for the English and French languages. Louis Riel, who fought for the rights of French speakers and Natives, was hanged in 1885.
Can you really call us paranoiacs? As they say, paranoiacs are sometimes right...
It is true that there is an intense and democratic debate in Quebec right now over the issue of reasonable accommodation. This debate is threefold. How can we welcome and integrate newcomers? How can we reconcile various rights which might come into conflict with one another in a free and democratic society? Such rights include religious freedom, freedom of thought, religion in the public sphere, equality between women and men, the state's neutrality in a society which is increasingly pluralistic, etc. As if those questions are not complex enough, we Quebecers face another great challenge: in the midst of all these complex issues, how can we survive as a French-speaking minority in North America? After 400 years of existence, we wish to survive. Johnson, and those who share his views, wants us to forget this history. He wants us to wipe out all of our historical symbols in order to partake in the postmodern and postnational identity provided by Canada's official policy of multiculturalism. Should we just forget about Christmas, Easter, our Journée des Patriotes, our National Day (la Saint-Jean-Baptiste)? Most Quebecers, myself and my party included, refuse to do so. I should not ask Johnson: of course, he would prefer it if we would disappear! But, were we to disappear, Johnson would no longer be able to channel his formidable energy and aggressiveness towards his anti-francophone paranoia.
In closing, I would like to remind Johnson, and your readers, of four great foreign observers who predicted that French Canadians would disappear due to the sheer, cruel weight of North American demographics. They are: Alexis de Tocqueville (1831), Henry David Thoreau (1850), Louis Hémon (1911) (a Frenchman, not a Québécois) and Stefan Zweig (1911).
Unfortunately for Johnson, we beat the odds. In Quebec, we are still here-though the situation of French Canadians in the rest of Canada remains precarious to this day. We are proud of what we have accomplished, we are proud of our history, and nobody has the right to vilify us while masquerading under the banner of protecting multiculturalism and bilingualism. Not even William Johnson.
***
Martin Lemay is the Part Québécois MNA for Ste. Marie-St.Jacques.

Niqab article is a wonderful synthesis of anti-francophone ideology 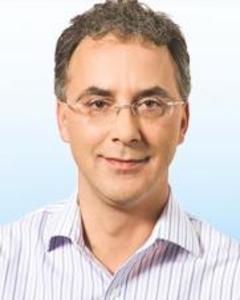 Francophones have reason to be paranoid

Niqab article is a wonderful synthesis of anti-francophone ideology