Path to a majority government no longer runs through Quebec


Many Canadians have expressed frustration with Tuesday's election, arguing that so little change came from so much money spent. However, I would argue that the election transformed the political landscape in ways that could have very long-lasting effects.
Indeed, this transformation goes to the very heart of the complex relationship between Western Canada and Quebec.
Tuesday's big story was not the Conservative failure to secure a majority, but rather the party's growing dominance as the only truly national party. There is no alternative government waiting in the wings, and the Conservatives led the Liberals by more than 11 per cent in the national popular vote as the Liberals posted their worst showing ever. The Conservatives all but swept the West, and are now the dominant party in Ontario.

By contrast, NDP support is thin and broadly dispersed, while the Liberal Party is now largely restricted to regional enclaves in Toronto and anglophone Montreal. Once known as Canada's natural governing party, the Liberals have only a small toehold in Western Canada and francophone Quebec.
As a consequence, the rebuilding task facing the Liberals goes well beyond a leadership review, and might well be the work of a generation rather than a few months or years.
At the same time, the fact that the Conservatives did not secure a majority means that parliamentarians will have to give serious consideration as to how to make minority governments work. Minorities might be the new normal, and thus we must find a way to get beyond paralyzing partisanship and constant threats of elections.
Certainly party leaders across the spectrum appeared to recognize this new reality in their post-election speeches on Tuesday night, although the Bloc's Gilles Duceppe did not look far beyond the opportunity to squeeze more largess out of Ottawa.
Yet while Duceppe was able to bask in the immediate glow of 50 seats won in Quebec, a closer look at the election results actually suggests that Tuesday night will mark the beginning of the end for the Bloc. At the very least, the results underscore the Bloc's growing irrelevancy.
There was momentary fear on Tuesday night that the Bloc would trigger a backlash in Western Canada as their 50 seats denied Stephen Harper a majority government. However, this potential backlash failed to materialize when it became clear that the difference between a majority and a strong minority is almost inconsequential.
But what does this mean for the Bloc, and for potential tensions between the Bloc and the western base of the Conservative party? For a start, the Bloc will have no significant parliamentary role to play. It cannot be the kingmaker for a new government, and although in combination with the other opposition parties it could force another election, we know this is not going to happen for at least two or three years, and quite likely four.
Harper does not have a majority, but neither does he face early defeat in the House. Thus the failure to capture more seats in Quebec is at best a minor blemish on a solid performance.
The Conservatives will need some opposition support, but that support is more likely to come from the Liberals and New Democrats than from the Bloc. If Duceppe is waiting for the phone to ring, he will have a very long wait indeed.
Furthermore, some backlash might come into play when the Conservatives look ahead to the next election. For strategic reasons, western supporters of the party cut Harper a good deal of slack in how he handled the Quebec file, but with so little to show for his efforts, other strategies will be called into play.
What the Tuesday results show is that the path to a majority Conservative government is more likely to run through Ontario or Atlantic Canada than through Quebec.

Given that only a handful of new seats would be needed to produce a Conservative majority, there is no reason to believe that these cannot be found in Atlantic Canada or Ontario. Quebec support is not indispensable, and thus the struggle for seats in rural Quebec might be abandoned. The blunt fact is a national majority is now in sight regardless of what happens in Quebec.
The future of the Bloc is therefore of much greater consequence for Quebec than it is for Canada. The Bloc's future will determine if the province is in the game or on the sidelines in Ottawa.
Hence the irony and importance of the election results. Although the Bloc support held firm, Canada is stronger today than it was going into the election. The Bloc remains only as a relic from yesterday's national unity debates; it is of no consequence for Canada's future.
Quebec will still have a strong voice in Ottawa, but that voice will now be provided by Calgarian Stephen Harper.
***
Roger Gibbins is the president and CEO of the Canada West Foundation. 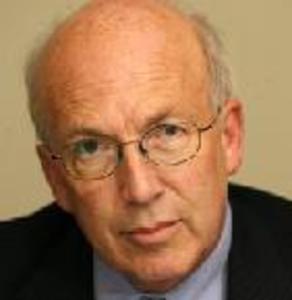