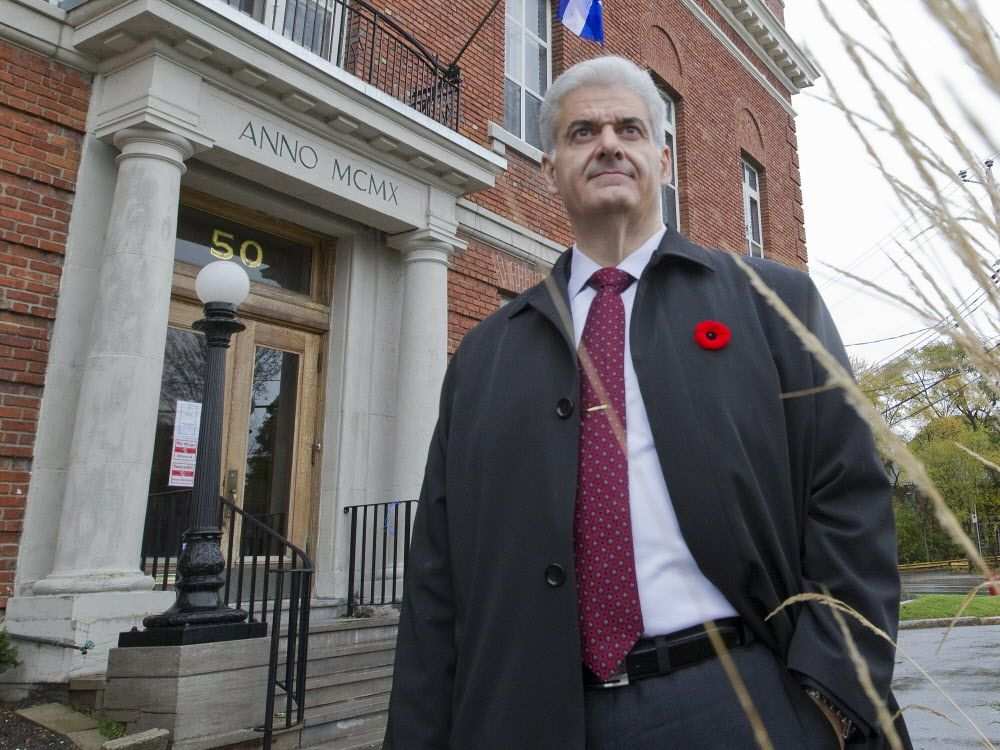 Montreal suburban mayors are adding their voices to the chorus of criticism against Bill 21, with at least one saying his municipality would defy any law that bans government employees from wearing religious symbols.

“Would I enforce the rule in my town? Absolutely not,” Montreal West Mayor Beny Masella said in an interview Saturday. “I won’t put words in their mouths, but I don’t think other mayors would enforce it, either.”

The English Montreal School Board and the Lester B. Pearson School Board have vowed to defy any ban on religious symbols.

Masella is president of the Association of Suburban Municipalities, representing 15 mayors. He said all members of the association oppose any provision of Bill 21 that might apply to municipal hiring.

The proposed law, introduced Thursday by Premier François Legault’s Coalition Avenir Québec government, would ban the wearing of religious symbols by some Quebec government employees while on the job, including judges, prosecutors, police officers, prison guards, as well as elementary and high school teachers, principals and vice-principals.

The bill covers “peace officers,” which Masella said would include municipal public security officers. He said other municipal jobs may also be affected.

“To tell us that we can’t hire a public security officer that’s wearing a kippah? That doesn’t make sense to us at all,” he said.

“If they’re wearing a hijab or a kippah or a cross, it doesn’t in our minds affect the competence of the person.”

He said as far as he knows no Montreal West employee wears religious symbols on the job.

“If somebody’s wearing a cross under a shirt, I have no idea. But as far as I know, no employee wears a hijab, kippah or turban,” Masella added.

“But that could change tomorrow. I could have somebody applying for a job tomorrow. What am I supposed to say: ‘I’m not taking you even though you’re a competent person because you’re wearing a turban’?”

On Friday, Westmount Mayor Christina Smith called on Quebecers opposed to Bill 21 to speak out.

Westmount strives “towards an inclusive community where everyone is given equal opportunity regardless of race, religion,” Smith said in a statement posted on the city’s website.

“Opportunity should be given based on your merits and competence and not based on what you wear.”

Noting she is speaking for all members of Westmount city council, Smith said the Coalition Avenir Québec’s bill “stigmatizes a group of people based on their religion and legitimizes discrimination.”

Legault has said the plan represents Quebecers’ consensus position and will once and for all settle a secularism debate that has dragged on in Quebec for more than a decade.

But Smith said the bill is counterproductive.

Work is “an integral part of participation in society. And this law could prevent part of the population from having fair access to the workforce.”

Smith encouraged all those “who shares the same concerns to voice their opinion and make sure that they are heard so we can have a real debate on the issue and find solutions and compromises that are fair, practical and true to our values.”

The crucifix in Quebec's National Assembly: Why its symbolism matters

Canada votes 2019: What each leader must do to win in Quebec