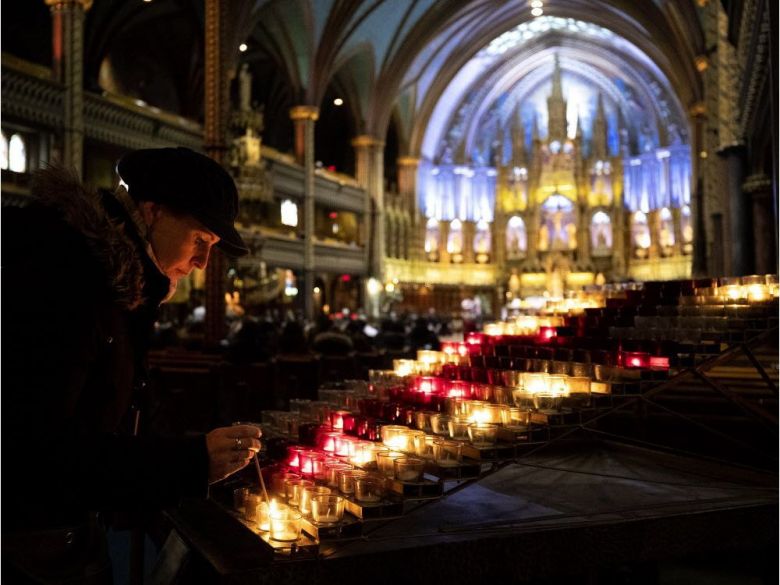 Just under 28 per cent of Quebecers said they strongly believe in God, eight percentage points below the Canadian average. The most fervent believers: New Brunswickers (54 per cent).

Only 10 per cent of Quebec respondents said they often go to religious services, compared to the Canadian average of 19 per cent. Again, New Brunswick was the most devout province (45 per cent).

I hope God exists, but I have no confirmation

In Quebec, francophones and those under 35 were the least likely to say they believe in God.

Quebecers’ uncertainty about God may have best been expressed by Premier François Legault in May when he was asked whether he believed.

“I hope God exists, but I have no confirmation,” Legault told reporters.

Once devoutly Catholic, francophone Quebecers have largely turned their back on the Catholic church, beginning in the 1960s.

Today, “a lot of Quebecers are nominally Catholic,” said Jack Jedwab, president of the Association for Canadian Studies, which commissioned the poll. “They almost define themselves as culturally Catholic. They don’t necessarily want to call themselves atheists.”

On the other hand, British Columbians are not far behind Quebec when it comes to belief in God and attendance at religious services, but those feelings have not driven public policy in that province, he added.

Léger Marketing conducted the online poll in early May, surveying 2,215 Canadians, including 1,212 Quebecers.

Across Canada, respondents were asked whether they had positive or negative views of religious symbols.

Hijabs, head coverings worn by some Muslim women, were the most likely to produce negative views, especially among Catholics and atheists.

Quebec Catholics and atheists were much more likely to view the hijab and kippah negatively compared to their Catholic counterparts in the rest of the country.

The results also show that Muslims are the most likely to have a positive view of other religions’ symbols.

The poll also found that:

At 48 per cent, Canadian Catholics were the least likely to say they strongly believe in God. Adherents of other religions were more likely to intensely believe — almost eight in 10 Muslims fell into that category, as did six in 10 among Protestants and Jews.

The older Canadians were, the more likely they were to believe in God. Only 27 per cent of Canadians in their 20s strongly believe, compared to 61 per cent among those 75 and older.

“The big question is, will those younger cohorts as they grow older be more likely to believe in God or will their skepticism around God continue across the age spectrum?” Jedwab said.

Canada votes 2019: What each leader must do to win in Quebec