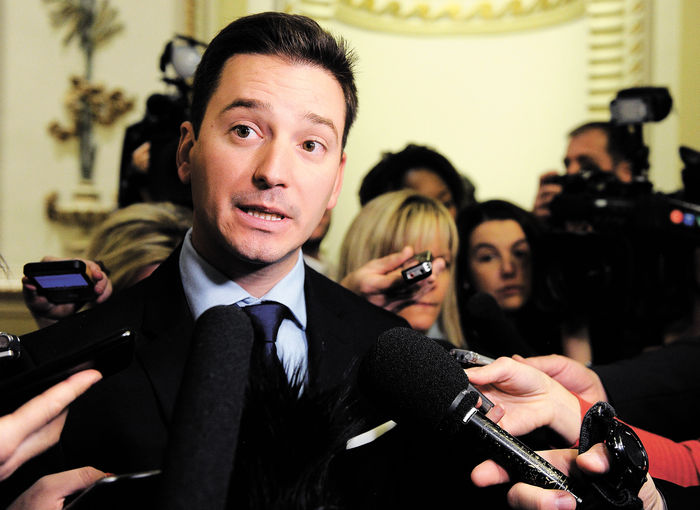 The Legault government is making it hard for political satire to keep up.

In September, I wrote, tongue-in-cheek, that we Quebec anglos might need an “officially-certified-anglo identification card” to continue getting services in English from the provincial government.

That was after the Coalition Avenir Québec super minister for identity, Simon Jolin-Barrette, announced he will introduce a new language policy, based on CAQ party proposals.

One of those proposals would restrict the availability of government services in English to members of Quebec’s “historic” anglophone community. The government, I reasoned, couldn’t do that without creating “an official anglo status, and a photo ID card to go with it.”

This week, Jolin-Barrette went ahead and announced that the new language policy will include the English-services proposal.

And he said there would be “a list” of anglos eligible to receive services in English. But he didn’t say how the list would be compiled.

There’s a French comic character, popular in Quebec, named Lucky Luke, a cowboy who “shoots faster than his shadow.” That describes the Legault government’s talk-first-think-later approach to policymaking.

In this case, the government itself isn’t sure who is a “historic” Quebanglo.

Premier François Legault says it’s anybody whose “parents went to English school,” while “a new arrival” could obtain services in French only. That leaves a lot of people.

Legault referred to the rules in the present language legislation, Bill 101, for admitting children to English school. They say a “certificate of eligibility for instruction in English” can be issued to a child if a parent, a brother or sister or the child itself had gone to English school, but only in Canada.

And the child must make an application for the certificate, supported by school records. Presumably, anglos who want the possibility of obtaining English services would have to do the same.

9-1-1 operator (in French): “9-1-1. Your call may be monitored to ensure compliance with the Quebec government’s language policy.”

Caller: “Help! Somebody’s trying to break into my house!”

Caller: “I—I’m sorry, I don’t know the French for ‘somebody’s trying to break into my house.’”

9-1-1 operator (in French): “Sorry, madame, before I can take your information in English, you must give me your name and the number of your certificate of eligibility for services in English, so I can consult the list. Then you’ll have to answer some security questions. All in French, of course.”

An extreme example, surely. But if immigrants think they can speak English when they need to, they won’t bother to learn French. Or so the thinking goes.

We laugh at the foolishness, but the zealous Jolin-Barrette isn’t joking. And he has Legault’s support.

Legault has backed up on Jolin-Barrette so many times that the minister should know by now always to wear dark suits, so the tread marks won’t show.

But Legault only does it, not when he’s moved by tears, but when a negative reaction to a proposal in the morning papers tells him to. And criticism of the English-services proposal in the French-language politico-media class has been muted at most.

So, a cultural-nationalist government that treats minorities as a threat would put the names of some of them on a list, and presumably require them to have special identification. How would that make Quebec look?

Jolin-Barrette would shrink the real anglo community by dividing it into two classes.

The second-class anglos would be denied English services they now receive. And even the first-class, officially recognized ones might lose some access to them, if the government based their funding on Jolin-Barrette’s list.

“When you go to a hospital and you’re in pain, you may need a blood test, but you certainly don’t need a language test,” former premier Lucien Bouchard once assured anglos. But that was a long time ago in Quebec.