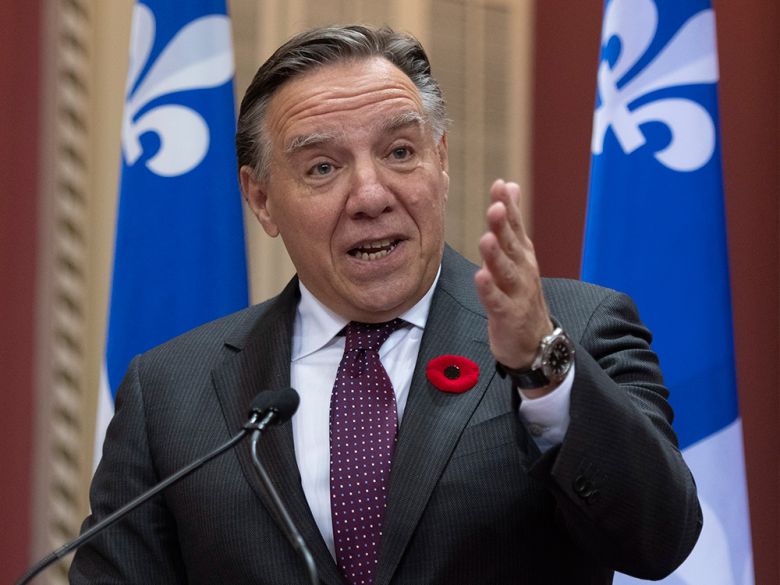 If you’re a loyal citizen of China and you were concerned that perhaps your conduct or table manners didn’t live up to optimum standards, the government in Beijing offered a timely bit of assistance on the weekend when it issued the latest update on Xi Jinping Thought.

Published Sunday, the guide offers a moral road map to life as a model member of society under the watchful eye of the all-powerful Chinese communist party. Not only does it provide an “Outline for the Implementation of the Moral Construction of Citizens in the New Era” (Beijing’s communists, like Donald Trump, are big on Capital Letters when they Want to emphasize a Point), but it sets out more mundane strictures as well. For example, the “cultivation of civilized and self-disciplined online behaviour” (including, it is assumed, when hacking into foreign servers to steal vital technological secrets), the “implementation of an environmentally friendly way of life and manufacturing,” and the “full development of etiquette and courtesy.”

The guide is known as Xi Jinping Thought because it reflects the current president’s views on the essential values appropriate to his country. So perhaps the set of rules by which immigrants to Quebec are now to be judged should be dubbed François Legault Thought, to ensure the premier gets adequate credit for firmly establishing the standards of acceptability for new Quebecers.

He didn’t say anything about table manners or online civility

As reported Thursday, Legault’s government will impose a values test by which immigrant applicants will be judged. “This sends a strong signal that if you want to come and live in Quebec you have to know the values of Quebec,” said Legault. Ottawa also has a citizenship exam for new arrivals, but Legault wants it known that Quebec’s test reflects the principles contained in Bill 21, the contentious Quebec law that effectively closes public service positions to certain religions. “I wouldn’t want someone to be surprised to find out that in Quebec persons in positions of authority are not allowed to wear religious symbols,” the premier said.

He didn’t say anything about table manners, online civility or how Quebecers comport themselves while travelling abroad, but perhaps that’s being saved for an update. Immigrants will get two tries to meet the test; if they fail they’ll be required to take a course in Quebec values. Xi Jinping would be proud.