Kelly McParland: 30 years to fix Western alienation. One Trudeau to revive it 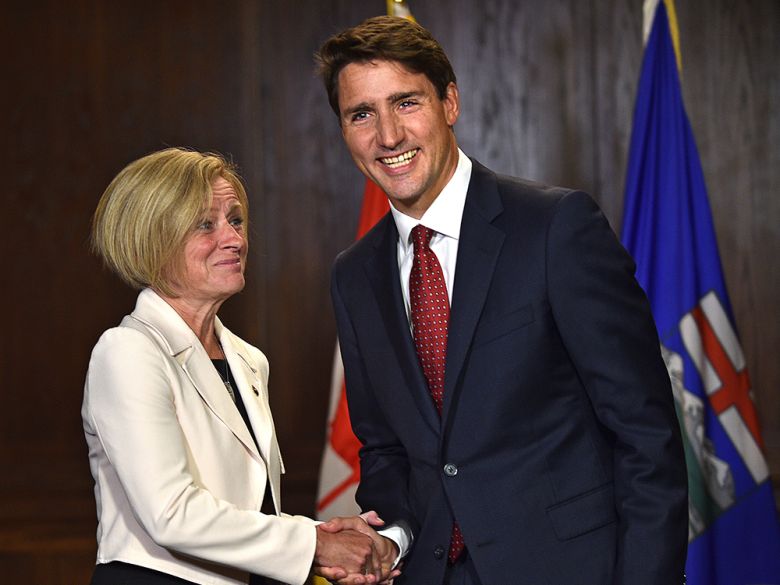 Despite the pressures of a struggling economy and the best efforts of numerous rivals to get under her skin, Rachel Notley has always managed to maintain the air of a fairly civil disposition as premier of Alberta. It was noteworthy, then, when she let loose Friday on Senators in Ottawa, who had decided to skip Alberta while holding hearings on an oil tanker bill that will have profound implications for the province.

“I gotta tell you, this is kind of an unprecedented stampede of stupid,” Notley said. “I’m stunned. Albertans deserve better from Canada.”

Maybe they deserve better, but since the election of Justin Trudeau’s Liberals they’ve become accustomed to disappointment. The Trudeau government has shown itself to be less than efficient at bringing to fruition any number of the visionary pledges they dangled before voters in 2015, but they’ve been absolutely masterful at reawakening the anger and resentment that held sway for so long, and took decades to dissipate.

This is kind of an unprecedented stampede of stupid

Albertans haven’t been so quick to shake their fists and spit epithets in an eastern direction since the days of Peter Lougheed and his epic confrontation with Trudeau’s father over energy policy. Albertans can still be roused to fury over mention of the National Energy Program, introduced by Pierre Trudeau in 1980 and wound down after his retirement four years later.

Brian Mulroney ran against the NEP. Preston Manning founded a new party fed by the anger it helped produce. Stephen Harper’s status as a Calgarian — though admittedly a transplanted one — helped assure many that Western concerns would finally get reasonable consideration in the Ottawa bubble. Albertans finally felt mollified enough to elect four Liberals in 2015, the most in two decades. Chances of a repeat have to be considered slim.

After ending Alberta’s Tory hegemony four years ago, Notley learned quickly not to expect much help from eastern “progressives.” Her hope that imposing a carbon tax would lessen hostility towards a much-needed oil pipeline proved futile. Liberal premiers in Ontario and Quebec smiled politely and erected impediments at every turn. Trudeau asserted his belief in the need for a healthy energy business, then introduced two bills that seem deliberately calculated to ensure its demise.

By raising the bar even higher for pipeline projects — which find themselves stymied by the restrictions that already exist — the Liberals all but ensured investors steer well away from Canada. Saskatchewan’s Energy Minister Bronwyn Eyre called it “an existential threat to our competitiveness.”

Bill C-48, which would ban tankers carrying more than 12,500 tonnes of crude oil or other fuels from ports along B.C.’s north coast, is seen by many as aimed solely at Alberta. Martha Hall Findlay, a former Liberal MP and leadership candidate, noted there is no similar ban along any other stretch of Canadian coast where tankers travel, and suggested it is “in large measure, the work of an anti-oilsands lobby run amok.” Former Saskatchewan premier Brad Wall contrasted the Liberals’ frantic efforts to help out Montreal-based SNC-Lavalin with their seeming apathy towards Western interests.

“The efforts of the prime minister and his inner circle to protect a Quebec institution stands in starkest contrast to the neglect or outright hostility his government has shown the reeling energy sector,” he wrote.

“It sure seems that no PMO effort was made to Environment Minister Catherine McKenna or Natural Resources Minister Amarjeet Sohi to ‘influence’ and assure the scrapping of C-69 for example.”

Trudeau’s Liberals seem unable to grasp the perception of unfairness such blatantly discriminatory legislation produces. Notley, an NDP premier who initially viewed Liberals as potential allies, has grown increasingly outspoken against the short-sightedness of the East, but her complaints pale next to those of Jason Kenney, who is running to replace her on a pledge of all-out war with Ottawa on a range of issues from carbon taxes to pipeline policies to equalization costs and beyond, and is well ahead in the polls.

Kenney charged last week that Alberta is “under assault from other governments in Canada.” His United Conservative Party cited a survey showing 50 per cent of Albertans support secession, which Kenney said results from “a real tension that runs through the hearts of many Albertans.”

A recent Environics survey found 57 per cent of residents in Saskatchewan and Alberta agreed that “Western Canada gets so few benefits from being part of Canada that they might as well go it on their own.”

Grumbling is endemic to any country but it’s remarkable how quickly Trudeau’s short term in office has eroded decades of effort to reassure Westerners about their place in Confederation. On Tuesday, both Notley and Kenney upbraided Toronto city Coun. Mike Layton, son of former NDP leader Jack Layton, for suggesting the city should sue oil companies for the impact of climate change.

“It’s clear that Mike Layton is out of touch with Canada’s economic reality and doesn’t see Alberta’s contributions because he has tunnel vision,” Notley tweeted.

Kenney said he’d complained to Mayor John Tory about Layton’s “divisive” comments, adding: “The adoption of Coun. Layton’s motion would be seen by most Albertans as another example of a campaign to attack and vilify the essential role that our province plays in Canada’s economy.”

Layton’s remarks echo those of another municipal leader, Mayor Jack Crompton of Whistler, B.C., who came under intense criticism when it was noted that the resort town depends heavily on visitors burning fossil fuels to get there and lounge in their hot tubs, not to mention the fact Crompton ran a cab business to Vancouver airport and back.

Federal Liberals can’t be blamed for every local politician who puts his limitations on display, but their apparent indifference to Western interests acts as de facto approval for one-sided crusades by the ill-informed. It took 30 years and six prime ministers to put the notion of Western separatism to rest. It took fewer than four years of Trudeau Liberalism to revive it. Canada is the worse for their inability to learn from history.

Kelly McParland: Yet more proof the Liberals care about Quebec, not the west