Kelly McParland: Yet more proof the Liberals care about Quebec, not the west 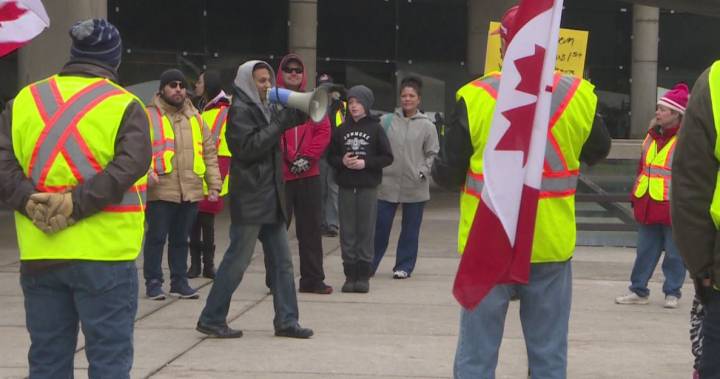 Something important happened Friday. In a much earlier age — like, a month ago — it would probably have made big headlines. But that was before federal Liberals began devouring themselves bit by bit over a scandal they insist is a total figment of the imagination of their former justice minister.

Social media can only handle one outburst of moral fervour at a time, so the important thing that happened got buried away where people wouldn’t notice. Except in western Canada, which doesn’t count. Because with a big scandal in Ottawa that centres on a large company in Quebec, who cares about that part of the country west of Ontario?

The important thing that happened was a ruling from the National Energy Board. It was identified as a “Reconsideration” of its original ruling on the Trans Mountain pipeline expansion, because a court found the first ruling inadequate and ordered a retry. The retry once again concluded the project should go ahead, while tacking on 16 new recommendations to the 156 conditions already demanded.

Until Jody Wilson-Raybould’s conscience came along, Trans Mountain was right up there with the most pressing matters facing the Trudeau government, which snapped up ownership of the pipeline after so badly bungling the issue that the original builder opted to back out. But Friday’s NEB ruling slipped by with all the fanfare of a statement from the federal fisheries minister celebrating Cod Replenishment Day.

Until Jody Wilson-Raybould’s conscience came along, Trans Mountain was right up there with the most pressing matters facing the Trudeau government

Even in the provinces that would be most affected by the pipeline, reaction was muted. Alberta Premier Rachel Notley did not perform a handstand while barking “Take that, Jason Kenney!” Instead she observed warily, “It’s not a victory, but it’s an incredibly important step.”

Scott Moe, her counterpart in Saskatchewan, observed that the ruling does nothing to alter the uncertainty created by the Liberals’ determination to push through Bill C-69, which Moe and many others believe will make it even harder to win approval for crucial infrastructure projects.

“We need to find regulatory certainty as we move forward, and I fear Bill C-69 will not provide us with that,” he said.

Notley shares his concerns about the regulatory shackles Ottawa is intent on affixing to Canada’s energy industry.

“When we lost the case in August, my biggest concern then was actually the NEB process,” she said. “That to me was the process I was worried could be dragged out much longer than it has been.”

In SNC-Lavalin’s case, Trudeau was willing to go so far as to press Wilson-Raybould to overlook a key section of the law his government put in place that blocked SNC-Lavalin from receiving a get-out-of-jail pass on the basis of its economic importance. And when she wouldn’t bow to him, his chief aide made a point of reminding her of his concerns, as did Canada’s top bureaucrat, backed up by additional pressures on her chief of staff. Even as the crisis rages around it, the government appears intent on finding a way to save the company from itself, with possible changes that could let the company bid on federal contracts even if it’s found guilty on the corruption charges.

None of that sort of leeway appears on the horizon for the energy business, which provides paycheques to far more Canadians than SNC-Lavalin could ever hope. Friday’s NEB ruling only stirred further the forces of obstructionismthat have managed to impose one delay after another.

“We still say no to the project. Even if one Nation says no to the project, the project isn’t (happening). They don’t understand what consultation means,” declared Chief Judy Wilson, a member of the Union of B.C. Indian Chiefs.

“All I can say is this is going to bring more people together. This will never have the Indigenous support along the pipeline,” added Grand Chief Stewart Phillip.

”It’s important to understand that the plight of the southern resident killer whale has very little to do with the Trans Mountain pipeline,” said Wilkinson, a Vancouver Liberal.

“There are 3,200 large container ships that come into Burrard Inlet every year,” he told the CBC. “There are thousands of ferries … All of those generate noise. So irrespective of whether Trans Mountain proceeds there’s a need for us to actually address issues around marine traffic.”

Don’t expect that to satisfy the hard-boiled elements determined to hold up the project at any cost. The West’s economy isn’t important enough to the Trudeau government to take the sort of extreme steps it has in the SNC-Lavalin affair. It still has hopes of enough support from Quebec in October’s election to justify its willingness to bend, twist and possibly break its own laws, but west of Ontario is a Liberal desert, and even its B.C. support may suffer from the Wilson-Raybould fallout.

Notley also faces an election, which must be held by May, with little evident hope of victory. A loss would cost Trudeau an important one-time ally in his fight for a carbon tax. In her place he’d face the far-more combative Jason Kenney and a revival of the west-vs.-east antagonism that took so long to cool in the wake of an earlier Trudeau.

The federal cabinet now has 90 days to decide on whether to press ahead with the NEB recommendation. As if Justin Trudeau needs another outburst of “progressive” anger on the cusp of his re-election bid. Maybe he’ll get lucky and a new scandal will appear to again divert Canadians’ attention from the mess he’s wrought in the West.

Kelly McParland: Why Justin Trudeau needs to spend this year avoiding war with the provinces