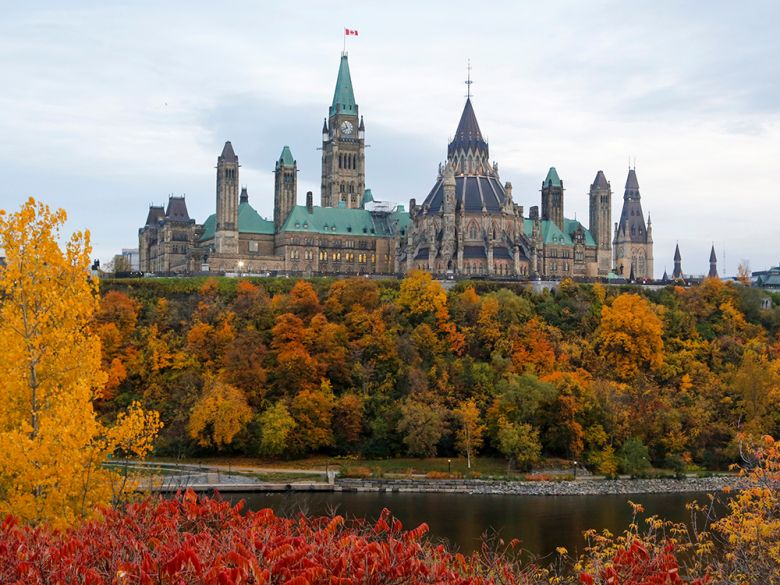 National institutions and dominant elites can fail when they don’t accommodate change, or become severely detached from the lives of average citizens. In Canada, this has been the rule rather than the exception for the past 50 years, and the Laurentian Elite is largely to blame.

But what is, and who are, the Laurentian Elite? How can they be so important if they don’t even have a Wikipedia page? Our self-declared, dominant Canadian social and political elite is like the air we breathe or the proverbial water around fish; it seems so natural as to be unnoticeable.

Journalist and author John Ibbitson coined the term in a seminal 2011 article, later expanded into a book, The Big Shift. He defined the “Laurentians” as “the political, academic, cultural, media and business elites” of central Canada. Ibbitson and co-author Darrell Bricker argued that the 2011 federal Conservative majority, achieved via the alignment of Western Canada and ex-urban Ontario, represented a major rearrangement of our electoral landscape. Subsequent events however, suggest that, if a shift is happening, it may be long and painful.

If a shift is happening, it may be long and painful

Ibbitson cites and credits the historical accomplishments of central Canada’s elites, from the National Policy and the St. Lawrence Seaway to what he terms the “national social security system.” He is unduly kind.

Beginning in 1968, coincident with the election of Pierre Trudeau, our elites adopted contemporary left-leaning economic and social policies. Federal government spending mushroomed from 16 per cent of the economy in 1967 to 25 per cent (of a much larger pie) in 1984 when Trudeau Sr. departed — a vast increase in dollar terms. Simultaneously, the Canadian public sector became almost 50 per cent of the economy, with the programs implemented and institutions created almost too numerous to mention. This is the point: a robust civil society and private-sector economy were being supplanted by an expanding state.

The reckoning came in the 1990s. Canada’s debt to GDP ratio approached 72 per cent and, in 1995, the Wall Street Journal called us “an honorary Third-World country.” After two credit rating downgrades, and prodded by the decidedly non-Laurentian Reform party, the Liberals acted. Laurentian patriarchs Paul Martin and Jean Chrétien are credited with righting Canada’s finances, but who cast us into the pit in the first place?

For decades, the Laurentian Elite grappled with an existential crisis: Quebec separatism. Confederation was, in their view, a compact between “two founding peoples” that would be blown apart if Quebec left. Shockingly, Laurentian Canada’s brokerage parties had no visceral understanding of the true-believing separatists, who viewed each federalist concession as incremental independence. So we had our near-death experience in 1995, allegedly saved only by “money and the ethnic vote,” to quote PQ leader Jacques Parizeau.

Overconfident federalist leaders — Laurentians all — fairly sleepwalked through the campaign, until they realized at the 11th hour that Quebeckers might actually vote to leave. A shaken Chrétien gave a pleading address five days before the vote and, interviewed years later, senior Liberal cabinet ministers still resembled deer in the headlights in contemplating the “unthinkable.” Of course Parizeau’s people had a detailed implementation plan ready to launch upon a favourable result.

Using the twin yardsticks of fiscal management and national unity, the Laurentian Elite’s tenure over the past 50 years has ranged from poor to passable. As the Laurentians presided, their worldview — Ibbitson’s “Laurentian Consensus” — ruled. Lack of competition from a rival elite or elites (excepting of course the separatists, and we saw how that turned out) increased their torpor and complacency. This, coupled with an increasingly arrogant detachment from many ordinary Canadians, particularly those outside central Canada, caused repeated social and political rifts.

Historically, the Laurentian Elite were Upper Canadian Anglo-Protestants and Québécois Patricians, and their descendants still dominate the upper strata of politics, the bureaucracy, Crown corporations and agencies, academia and media. Private-sector membership tends toward legacy industries (particularly banking/finance and manufacturing), often dominated by multi-generational families. The media, particularly the CBC, project the “consensus” across the country. As Diane Francis has observed, the elite’s members have remarkable mobility among the upper levels of Canada’s government, business and the bureaucracy.

Today’s Laurentian Elite is also arguably our franchise of the mobile, transnational professional class — the “Anywheres” as discussed in Stephen Harper’s 2018 book, Right Here, Right Now. They are, according to Harper, urban and university-educated professionals who “have become genuinely globally-oriented in their careers and personal lives.”

As “Anywheres,” the Laurentians largely reflect the universal, broadly-leftist monoculture. Their personal ethos is typically secular and socially “progressive.” Today this includes much of the post-modern canon: intersectionality, quantifying “privilege” and the seemingly incessant signalling of virtue. Economically they range from socialist to corporatist, businessmen who actively seek advantage from deals with government, while typically promoting the social-progressive agenda.

Adopting globalism may actually have diluted the “Laurentian” nature of the class and boosted their disdain for national character. This may explain Justin Trudeau’s comments in The New York Times: “there is no core identity, no mainstream in Canada”; perhaps a riff on Paul Martin’s “country of minorities” or Yann Martel’s Canada as “the greatest hotel on Earth.”

Ironically the Laurentians consider themselves worldly, sophisticated and cosmopolitan, but are often remarkably parochial. The view from Toronto’s CN Tower seems to be our own version of Saul Steinberg’s classic cartoon — the world seen from 9th Avenue in Manhattan. One imagines reasonable clarity up to roughly Weber’s hamburger stand (near Orillia, Ont.) beyond which come fuzzy images of moose, muskeg, wheat, mountains and then the Pacific.

While 200 years ago, the periphery could be treated as a frontier to be managed, such an attitude today is fatal. The West now comprises almost a third of Canada’s population, compared with less than 23 per cent for Quebec, and the former is by far our most demographically dynamic region. Annual West-East fiscal transfers have run for decades and now total hundreds of billions of dollars. While Toronto finance is still formidable, and central Canada has more jobs in that sector (about 66 per cent) than its share of the population, corporate clout has shifted West, if slowed by the oil crash of 2014.

The West now comprises almost a third of Canada’s population

The Laurentian response to shifting population and money has been restrictive, envious and resentful, with ignorance and neglect replaced by targeted aggression. Under a cloak of green, the federal Liberals have written one generally supportive rulebook for economic development in the East, and a decidedly unfriendly one — including the West-Coast oil tanker ban and Bill C-69, the “no more pipelines” bill — for the West.

The burning question is whether the Laurentian Elite is confusing short-term tactical gain with strategic accomplishment. Is it really to the elite’s fundamental and long-term benefit to beggar the region that supplies the lion’s share of financial lubricant that powers the nation? The past several years show that, despite its electoral success, the Laurentian Elite simply does not possess the “life experience” to manage current regional tensions and basic national affairs.

Simply put, Westerners don’t need another round of condescension and contempt from the Laurentian Elite, nor its approval or affirmation. And what precisely do they think the West’s skilled workers and highly-educated professionals need to be educated about?

Rather than comparing Quebec and Western separatism, perhaps the West is actually undergoing its own Quiet Revolution. Sixty-plus years ago, prominent Quebeckers like Gérard Pelletier, Pierre Trudeau and René Lévesque met regularly to debate their province’s future. Some became federalists, others separatists.

Right now, Westerners from all walks of life are grappling with their region’s future. The Laurentian Elite probably doesn’t know it, but their future and that of the West is at stake.

John Weissenberger is a Calgary-based geologist and a Montreal native with degrees from Ontario, Quebec and Alberta universities. An extended version of this article can be read at c2cjournal.ca.