A recent poll reveals two things: that two-thirds of Canadians want our soldiers out of Afghanistan by the February, 2009 deadline - and, by extension, that Canadians are not easily fooled.
They understand that however noble our ambitions for that battered country, however idealistic our soldiers and diplomats, this is a war the West will never win. The best we can hope for is a lull in hostilities long enough to allow NATO to declare victory and get the heck out.
Despite military attempts to limit independent reporting, a picture is emerging of what is really going on. It is incomplete and complicated, but it doesn't much resemble the sunny accounts delivered in bland unison by Stephen Harper's ministers.

Not long ago, PBS Frontline sent veteran reporter Sam Kiley on an outing with Canadian troops stationed at Camp Martello, south of Kandahar. His report catalogued a comedy of errors, as well-meaning Canadian soldiers tried to secure spark plugs to get village wells running. This involved lumbering down dangerous roads in tanks, shooting at a civilian truck that came too close and injuring its passengers, failing to secure the necessary parts and, finally, abandoning the villagers to the mercies of the Taliban.
Kiley was filled with admiration for the soldiers; his report was not intended to ridicule their efforts, but to illustrate - as he did, brilliantly - the difficulty of winning hearts and minds from inside a tank. It is like trying to remove a sliver wearing down mittens: Even the most skilled surgeon is doomed to fail.
Rather than rethinking military strategy, however, the Harper government marches on, down the same explosive-strewn path. It talks more about reconstruction these days but, according to recent figures, of 36,000 foreign soldiers in Afghanistan, only 2,000 to 2,500 are engaged in rebuilding. Only a portion of international aid money has been spent, either because there is no security or because there is confusion over who will supervise proposed projects.
Yet all we hear from senior ministers is happy talk. Foreign Affairs Minister Peter MacKay recently reported that "in the last few weeks, our provincial reconstruction team hosted an important human rights workshop" attended by Afghan army, security and police officials.
What's next? Gourmet cooking classes to help Afghan widows get back on their feet?
MacKay also reported that one of the "most touching" experiences of his recent visit to Afghanistan was watching Canadians distribute new uniforms to Afghan police. "The pride they felt in receiving those uniforms, which sported the Afghan flag, was nothing short of amazing. It was very reminiscent, I'm sure, of the feeling our own RCMP have on graduation." (In a country where 50 per cent of men are unemployed, could it be the steady paycheque, not the uniforms, that inspired excitement?)
As for the fate of detainees handed over to Afghan authorities, Defence Minister Gordon O'Connor explains that under an improved monitoring regime, every time a detainee is turned over, Afghan authorities get a copy of Canada's expectations regarding proper treatment, with a carbon copy going to the prisoner. Despite the sinister nature of detainees, and Afghanistan's history of "brutal revenge upon enemies," its prisons have moved "in very short time" from the revenge system to respect for human rights, Day claims.
"Rome was not built in a day," Secretary of State Helena Guergis chirpily reminded the Commons defence committee recently. As to why her government didn't protest the ejection of human-rights activist Malalai Joya from the Afghan parliament for comparing fellow members to zoo animals, Guergis replied: "It's their Parliament." Still, it sounds as if they could use another human rights workshop. 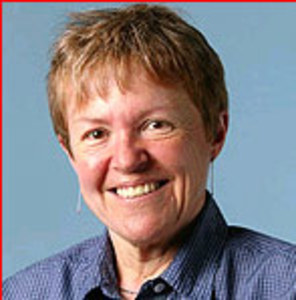