Poorly informed about the Quebec flag

Don Macpherson appears to be poorly informed about the Quebec flag and the Quebec legislators' goals when they adopted the fleurdelisé in 1948.
In 1966, the great ethnologist and botanist Jacques Rousseau wrote a detailed article criticizing the Quebec government for adopting the fleur-de-lis as Quebec's floral emblem instead of our indigenous iris versicolor, also known as blue flag.
In the same article, however, he insisted that the adoption in 1948 of the the fleurdelisé as Quebec's flag, was absolutely the right thing to do. He pointed out that the fleur-de-lis was by no means exclusively French and that it was part of the coats of arms of Greek, Roman, German, Lombard, Serb, Spanish and English kings. He added that the prototype flag was not the King of France's ensign, but rather the illustrious Carillon regiment that fought in the Seven Year War and that, significantly, was the only protestant unit in New France. He then congratulated the legislators both for their ecumenical approach - they predated Vatican II by 15 years -, and for respecting their mission to underscore the continued presence of French civilization in America.
In an era when the American cultural steamroller is a threat to cultural diversity everywhere, is it not comforting to know that Quebecers have widely adopted a flag that is both ecumenical and symbolic of a determined French presence in America? Of course, that may be what bothers Don Macpherson. If so, we hope he will be just as upset on February 6 when Canada starts celebrating the 50th anniversary of Queen Elizabeth's reign.
Guy Bouthillier 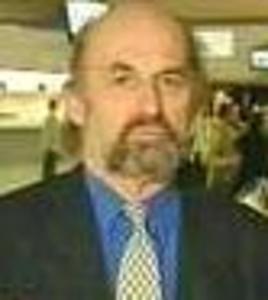