Last Wednesday, Montreal was the site of a tragic event that has deeply troubled all Quebeckers. On Monday, students courageously returned to Dawson College in the hope that their hospitalized schoolmates would soon join them. We share their pain and sadness.
The recent events at Dawson College seem to defy all logic. These events have brought back painful memories for all of us in Quebec, as well as for people in the United States, France, Ireland, Russia and all other nations who have experienced similar tragedies in recent years. This tragedy is certainly reminiscent of the shootings that took place in downtown Toronto on Dec. 26, 2005.
In this kind of situation, anyone who ventures to put forward explanations or comparisons at the very least risks making a fool of himself. [Jan Wong has certainly discredited herself with her gamble.->2009]
I was shocked and disappointed by the narrow-minded analysis published on Saturday, Sept. 16 ('Get Under The Desk'), in which Ms. Wong sought to identify the affirmation of French culture in Quebec as the deeper cause of the Dawson College shootings and the killings at École Polytechnique in 1989.
Quebeckers make up less than 3 per cent of the North American population. Over the centuries, through the vicissitudes of history, we have managed to preserve our language and culture and, in so doing, cherished the highest democratic ideals. Every year, we welcome tens of thousands of individuals from the four corners of the Earth, people who contribute to building a free society in Quebec, a society that is proud of its difference.
Our common language - far from a blemish on our city, as Ms. Wong incorrectly asserts - represents a vital part of Montreal's cosmopolitan character and is what makes Quebec unique in North America.
Because we speak French, because we are proud of our language, and because it is the first instrument of our freedom, we have reached out across oceans, built ties with the other nations, in particular with the global French-speaking community, and thereby contributed to Canadian diversity.
Ms. Wong's article is a disgrace. It betrays an ignorance of Canadian values and a profound misunderstanding of Quebec. She should have the decency to apologize to all Quebeckers. 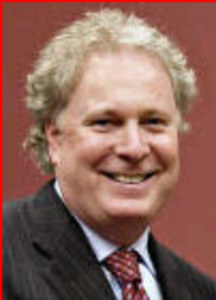