400 Candles, and a Yearlong Blowout

Next year, Quebec City will celebrate the 400th anniversary of its founding by Samuel de Champlain. 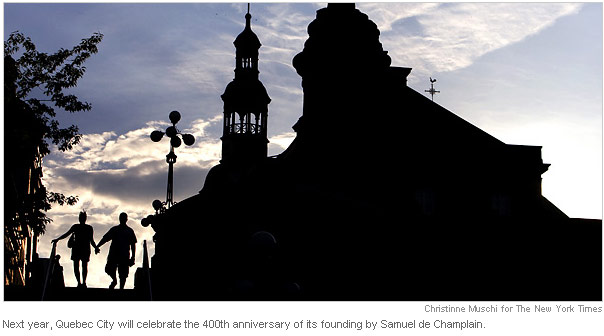 By MARIALISA CALTA - WHEN the makers of the 2002 movie “Catch Me If You Can” were looking for a stand-in for France for a pivotal scene, they looked to Quebec City. With its fortified stone walls, narrow streets, venerable churches, beckoning cafes, and French-speaking populace, Quebec oozes Old World Gallic charm.