QUEBEC CITY - The St. Lawrence may be frozen solid here, marked by creases and carbuncles of ice. But let there be no mistake; the river of politics in Quebec is flowing briskly into a patch of whitewater known as an election.
There was a time winter elections were undesirable in Canada. Now global warming is not only melting the Arctic ice, it is making campaigns a cold-weather reality. No one in Ottawa was deterred by a federal election in January a year ago. And no one here is afraid of a provincial election in March, which Premier Jean Charest is expected to call today.
It is good that Quebec is the biggest province in Canada. It is good because this place has to be big enough to accommodate all the irony and anxiety that make politics here the most interesting in the country -- and, for federalists, the most terrifying.
Elections are different in Quebec because they are national elections.
They are national in two ways. In Quebec, which has appropriated "nation" for everything from its legislature to its unions, an election means choosing a government and making it responsible for the preservation of a people.
The issues -- taxes, jobs, roads, schools, hospitals -- may be the same as everywhere else. But since the Quiet Revolution in the 1960s, the government here has become the metaphoric instrument of the state in a way that it isn't in other provinces.
For most Quebecers, what happens in Quebec City is more important than what happens in Ottawa. Indeed, Ottawa and the rest of Canada are virtually irrelevant to them. Helped by a French-language media that aren't interested in covering the country, the federal government is an ebbing presence here.
And when Quebec reliably gives a majority of its 75 seats in Parliament to the Bloc Quebecois, persuaded as it is that Canada cannot work, Quebec's isolation only increases. Quebecers don't know Canada.
Provincial elections here are also national because Canada pays attention. While it really doesn't matter to us who wins in Manitoba or Nova Scotia, it does in Quebec. Elections here are not comme toutes les autres. We care who wins in Quebec because it will affect our future, even our survival. This is why, as Quebec prepares to vote, we are about to begin our quadrennial seven-week sweat.
This is what happens in a province where the official opposition is sovereigntist, dedicated to taking Quebec out of Canada. In their pair of two-term mandates, the secessionists have held referendums twice (1980 and 1995). These were divisive and dangerous for Canada. Last time, the Yes side almost won, and we had a near-death experience.
If the Pequistes win this election, they promise to hold another referendum soon. Independence is their oxygen. It is their raison d'etre.
It doesn't really matter that the rules have changed since the last time, which will make it harder for them to win. The Clarity Act of 2000 demands a clear question (though it doesn't say what that would be) and demands a clear majority (though it doesn't say what that would be, either).
But we know that that the world told Montenegro last May that a minimum of 55 per cent of its citizens would have to vote in favour to dissolve that country's union with Serbia. That is likely to become the international benchmark -- and the one applied in Quebec.
A referendum would throw Canada into constitutional crisis, poison relations between English and French, and create economic uncertainty.
The only beneficiaries would be the currency speculators and the bond-traders, for whom the dollar is always falling, the country is always failing, and the future is always fading.
As the campaign opens, it appears that we may be spared this fate. Mr. Charest is ahead. History is also on his side; since the 1950s, Quebecers have always given incumbent premiers a second term.
But don't be so sure. The same people who tell us today that Mr. Charest is a shoo-in and that the PQ will fall below 30 per cent were the same people who were writing off Mr. Charest for the past four years and predicting the early return of the sovereigntists.
These were the same prophets who were persuaded that Mario Dumont would be elected premier in 2003. The editors of Saturday Night, the defunct monthly, were so convinced that they confidently put him on the magazine's cover as the campaign opened.
So it may be that the PQ will falter, the Liberals will win a majority, and Canada will get a reprieve for another four years. Meanwhile, Mr. Charest can shrewdly demand more money and powers from the centre, which he will receive from an obliging Stephen Harper. This is the cost of Canada.
Rest assured, though, the threat of secession isn't going away in Quebec. It will be with us, in one way or another, as long as the river flows.
Andrew Cohen teaches journalism and international affairs at Carleton University.
E-mail: andrew_cohen@carleton.ca 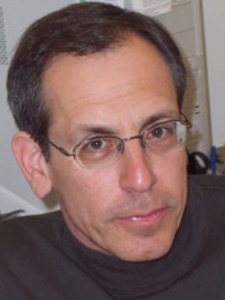