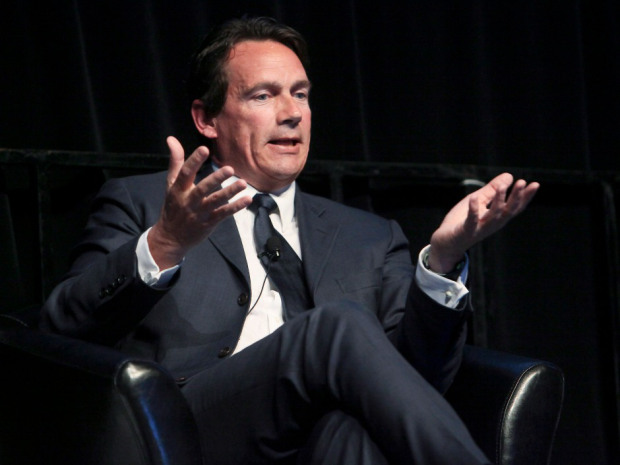 Will he or won’t he? Once again, Quebec businessman Pierre Karl Peladeau has denied reports that he will be running for the Parti Quebecois in the next provincial election, expected to be called sometime in 2014.
Earlier this week the online publication the Prince Arthur Herald quoted an unnamed PQ source as saying that Peladeau would be contesting the riding of St. Jerome, north of Laval. The source also claimed that Mr. Peladeau “had made a speech with a nationalist flavour to the Chamber of Commerce of St. Jerome in November, which only further shows his interest for the riding.”
In response, Quebecor Inc., of which Peladeau is the former president and still advises on corporate strategy, tweeted in French that, “Pierre Karl Peladeau has no intention to stand for election. The rumour is totally false.” This is the second time in three months, however, that Peladeau or his spokesperson has issued such a denial. In October, he stated that he had no interest in politics but wanted to “do his job” at Hydro Quebec, where Premier Pauline Marois named him chairman in May of this year.
Related
Pauline Marois defends presence of media baron Pierre Karl Peladeau at cabinet committee meetings
Quebec economy burns while Parti Québécois fiddles with ethnic divisions
Yet the rumours continue to swirl, partly because the candidacy of Peladeau, or someone like him, would fill a major void in the PQ’s arsenal: the lack of someone with a credible economic background, which is something the PQ desperately needs.
In late November, the government delivered a grimmer-than-grim economic statement. It scaled back the province’s 2013 economic growth rate to an anemic 0.9% and admitted that it would take two years longer than promised to balance the province’s books. Personal income tax revenues were off by $885-million, corporate tax revenues by $741-million, while sales tax revenues fell $576-million short of projections. Analysts blame a drop in investment in the province, due to uncertainty over — or disdain for — the separatist government’s economic policies.
Peladeau is famous for dust-ups with unions in his days as CEO of Quebecor Media, whose flagship publication locked out its employees for 25 months starting in 2009
Following the bad news, the PQ invoked closure in the legislature to pass a long overdue piece of mining legislation, which sets clear rules for royalties and exploration. Both issues which had been in limbo ever since the PQ was elected back in September 2012. But the general political uncertainty surrounding the minority PQ administration persists — as does the fact that it has no financial superstars in its roster.
Enter the Peladeau rumours. A more contrarian candidate to the left-leaning, labour-loving roots of the PQ could not be found. Peladeau is famous for dust-ups with unions in his days as CEO of Quebecor Media, whose flagship publication, le Journal de Montreal, locked out its employees for 25 months starting in 2009. In the rest of Canada, Quebecor Media publishes the right-of-centre Sun chain of newspapers, and operates the Sun News Network, featuring Ezra Levant. Peladeau is known as a supporter of free market economics and think tanks that promote them, including the Fraser Institute and the Institut Economique de Montreal.
THE CANADIAN PRESS/Jacques Boissinot
THE CANADIAN PRESS/Jacques BoissinotPremier Pauline Marois responds to Opposition questions after her government tabled legislation on secularism Thursday, November 7, 2013 at the legislature in Quebec City.
What truly makes his rumoured candidacy worrisome for the Quebec Liberal party is not the thought of Peladeau, MNA, but Peladeau, PQ leader. For there is little doubt that were he to eventually run, it would not be simply to sit in Marois’ cabinet. In fact, he already does that, having participated in two cabinet meetings on the electrification of transportation earlier this year.
Could the salvation of the PQ lie in turning right, not left? It’s a thought that makes many federalists shudder. But it’s a strategy that looks more and more likely as the Marois searches for economic credibility. She will need more than the distraction of the Charter of Secularism to secure a majority mandate in 2014 — and that may mean inviting a fox into the hen house.
National Post

Quebec separatism is easy, tedious and done to death 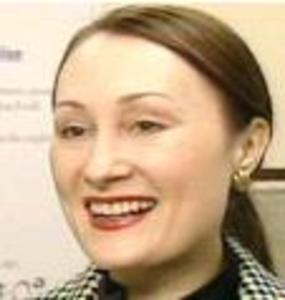