Macpherson: What the mayor of the 138th-largest town in Quebec thinks 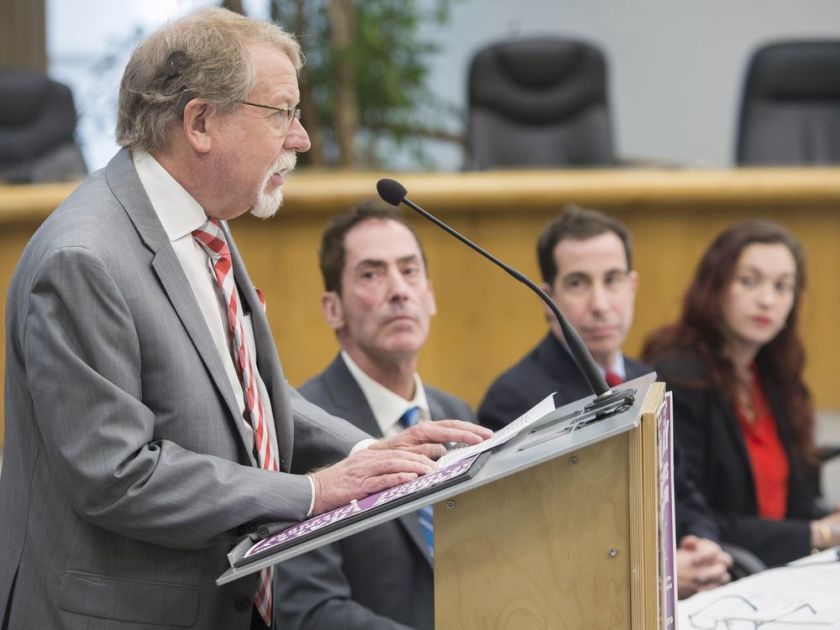 We have entered Week 2 of the Steinberg Crisis, with no end in sight.

At least, I assume it’s a crisis, since even the prime minister has got involved. Justin Trudeau, a master at apologies for things for which he is not personally responsible, has advised Bill Steinberg to apologize for something for which Steinberg is.

For the record, since you are nobody in Quebec if you haven’t given your opinion of the remark, here’s mine: It’s idiotic (though Steinberg himself, a former Concordia University professor with a PhD in psychology, is obviously no idiot).

It’s lazy, an exaggeration even by the standards of Quebec political hyperbole, and an abuse of language.

“Peaceful ethnic cleansing” is an oxymoron, a self-contradiction like “jumbo shrimp.” Ethnic cleansing is by definition “the mass expulsion or killing of members of one ethnic or religious group in an area by those of another.”

The CAQ bill is easy enough to criticize without resorting to calling it that. Even I can do it.

“All that is excessive is insignificant,” said the French diplomat Talleyrand. But while Steinberg’s remark is excessive, so is the importance that’s been given to it.

Because outside of Hampstead, the west-end Montreal suburb where he has been mayor for the past 13 years, Bill Steinberg is a political nobody.

I’m sure Hampstead is a nice place to live. But in population (6,973), it ranks 138th among Quebec municipalities, making it a more affluent, less remote, slightly warmer Chibougamau (population 7,504).

If Quebec politicians — federal, provincial and municipal — were ranked in importance by the number of people for whom they speak, Steinberg wouldn’t crack the top 300.

Now, what little influence he may have had with decision-makers outside of Hampstead on behalf of its citizens (on top of everything else, he doesn’t speak French, the language of politics in Quebec) is gone, since he’s made himself a political pariah. After making his “ethnic cleansing” remark at the announcement April 5 of an anti-Bill 21 rally on Sunday, he’s even unwelcome at the rally itself.

Nobody outside of his small town would know or care what its mayor thinks of Bill 21, if somebody hadn’t made the mistake of giving him a higher platform at the announcement than the mayor of Hampstead is used to.

Steinberg made the most of his unaccustomed media attention by upstaging the other speakers with his “ethnic cleansing” remark, with easily foreseeable results.

More politically astute critics of Bill 21 were dismayed. Its defenders, hard-pressed until then, were delighted, and seized the opportunity to go on the offensive.

And the soundbite-hungry media fanned out to seek the reaction of what seemed to be every available public figure, missing only the general manager of the Montreal Canadiens at his annual explanation of the team’s failure to make the playoffs.

The bill’s critics could have replied “who’s Bill Steinberg,” or “who cares what the mayor of the 138th-largest town in Quebec thinks.”

Instead, in their scramble to distance themselves from Steinberg, they played into the hands of their adversaries, by adding their pleas for an apology from him to the demands for one that have become ritual in politics.

This helped keep attention away from the harm done by the legislation, not only to the female Muslim teachers who are its main targets, but collaterally to the whole province.