Macpherson: Sugar Sammy for Quebec Liberal leader? He might win 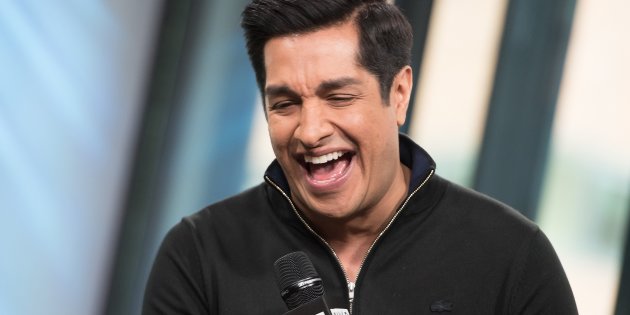 After the recent election of a comedian as president of Ukraine, Montreal comic Sugar Sammy tweeted, “Hmmm… Heard PLQ is looking for a new leader.”

He was kidding (I think). But such is the state of the Quebec Liberal Party that if it doesn’t adopt a “Sugar Sammy rule” to screen would-be candidates for its vacant leadership and he does run, he might win.

There’s potential for mischief in the direct vote by card-carrying party members that the party will use for the first time to choose its next leader.

In fact, another Quebec humorist may have influenced the outcome of such an election.

Jean-René Dufort, Radio-Canada television’s satirical Infoman, registered to vote in the 2009 leadership election of the now-defunct Action démocratique du Québec party under the name of a dead African dictator, Omar Bongo. The election was decided by a single vote, and Dufort said it was “Bongo’s.”

Under the Quebec Liberal Party’s constitution and its bylaws, any Quebec resident over 16 years of age can vote in its leadership election after paying its $5 annual membership fee.

Whether it’s by fans of a politically provocative comic who has sold hundreds of thousands of tickets in Quebec, supporters of a rival party, or members of an interest group, the Liberals appear vulnerable to an outside takeover by new recruits.

La Presse recently reported that the party had only about 30,000 members, and fewer than 2,000 in its youth wing. And under its constitution, the province-wide vote of youth members under 26 years of age would be weighted to count for one-third of the result.

There’s another reason this looks like the most wide-open Quebec Liberal leadership election ever: the absence of a dominant potential candidate since the withdrawal of the early pre-race favourite, André Fortin.

That left a weak field, led by another former Couillard minister, Dominique Anglade, who would be the first woman to lead the Liberals.

Anglade, who is of Haitian descent, would also be the first minority to lead a major Quebec party, and she’s from Montreal. In Quebec politics, both would be considered handicaps for a serious contender for the leadership of a party seen as too dependent on the support of Montreal-area minorities.

La Presse has reported that some Liberals are “weighing the impact of a woman and a racialized citizen at the head of a party that has become ‘Montreal-centric,’ and wondering how she would be received outside the large urban centres.”

So, maybe it’s not a coincidence that Pierre Moreau, who had said before Fortin pulled out that he wouldn’t run, has since re-emerged as a potential alternative to Anglade.

He told Le Journal de Québec in an interview reported this week that he wasn’t thinking about running — “for now.” But the leadership election wasn’t expected before next year, and in politics, that’s several eternities from “now.”

Moreau failed to get re-elected in his own riding in the general election. And at 61, as a member of Jean Charest’s Liberal cabinet before Philippe Couillard’s, he would hardly personify the renewal the Liberals need.

But as a male, white, old-stock Québécois in a business suit, he looks the part of a traditional political leader, which would make him a safe if uninspiring choice.

And if Moreau stays out? Some Liberals are apparently so desperate for an anybody-but-Anglade candidate that Radio-Canada reported this week they would even support Gaétan Barrette, who was said to be “reflecting” about running.

Barrette was by far the most unpopular of Couillard’s ministers. And now some have linked the tragic death of a neglected and abused seven-year-old girl to his controversial shakeup of the administration of the province’s social services, including the agency that was supposed to protect her.

So, since fewer people still take politics seriously anyway, maybe Sugar Sammy should run for leader. At least the campaign would be entertaining. And if he did win, he could always demand a recount.

Macpherson: What the mayor of the 138th-largest town in Quebec thinks