Macpherson: Historic election was Quebec's political event of the year 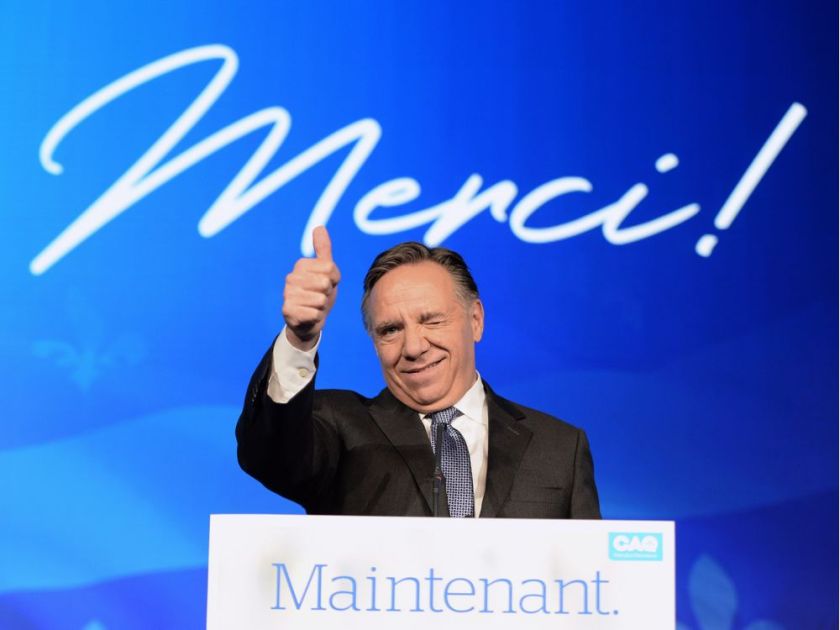 The word “historic” is overused in Quebec politics, often to describe events that will soon be forgotten. But it’s no exaggeration to apply it to this year’s general election.

At the end of any election year, it’s easy to pick the political event of the past 12 months. But this election was a watershed, for more than one reason.

It was the last hurrah in Quebec politics for the baby boomers. While members of that generation led all four major parties in the campaign, for the first time it was younger voters who decided the outcome. And 61-year-old François Legault will probably be the last boomer to become premier.

Not coincidentally, the election of Legault’s moderately nationalist Coalition Avenir Québec party signified the long-awaited “re-alignment” away from the polarization between independence and federalism that had lasted for nearly 50 years.

It was the first election won by the CAQ, and the first since 1966 not won by either of the “referendum” parties, the Liberals and the Parti Québécois.

By now, we should have learned not to declare the death of the Quebec secession movement prematurely.

In a poll by Léger for HuffPost Quebec six weeks before the PQ received only 17 per cent of the vote in the election, its smallest share ever, nearly 40 per cent of Quebecers said they would vote yes in a sovereignty referendum. That doesn’t make it their priority, however.

The election left both the Liberals and the PQ leaderless, and facing existential identity crises: without separation topping the political agenda, what does either party stand for now?

The PQ came within less than a percentage point of falling into fourth place in the party standings, behind Québec solidaire.

The Liberals, as the official Opposition party, appear to be in a better position. But that’s only due to the non-francophone vote. In French Quebec, the Liberals were all but wiped out. Overall, they received only 25 per cent of the vote, their smallest share since their party was founded in 1867.

And while the non-franco ridings kept the Liberal party alive, the sharp drop in turnout there puts the survival of the 151-year-old party into question.

The obvious choice for personality of the year in Quebec politics is Legault, a former PQ minister who gave up on the independence cause in 2009 and founded the Coalition two years later.

He is credited with founding a new party, and then not giving up after the CAQ, squeezed between the two referendum parties, was left in third place after the 2012 and 2014 elections. Instead, he found encouragement in his party’s progress in the number of seats it won in those elections.

But two other Quebec political personalities had even more impact in 2018 than Legault: the now all-but-forgotten former leaders of the Liberals and PQ respectively, Philippe Couillard and Jean-François Lisée.

The Couillard Liberal government’s austerity helped make it so unpopular that, in spite of a strong economy, it became the first majority government elected in Quebec since 1966 not to be re-elected for a second term.

Macpherson: Feeding 'fear itself' instead of fighting it