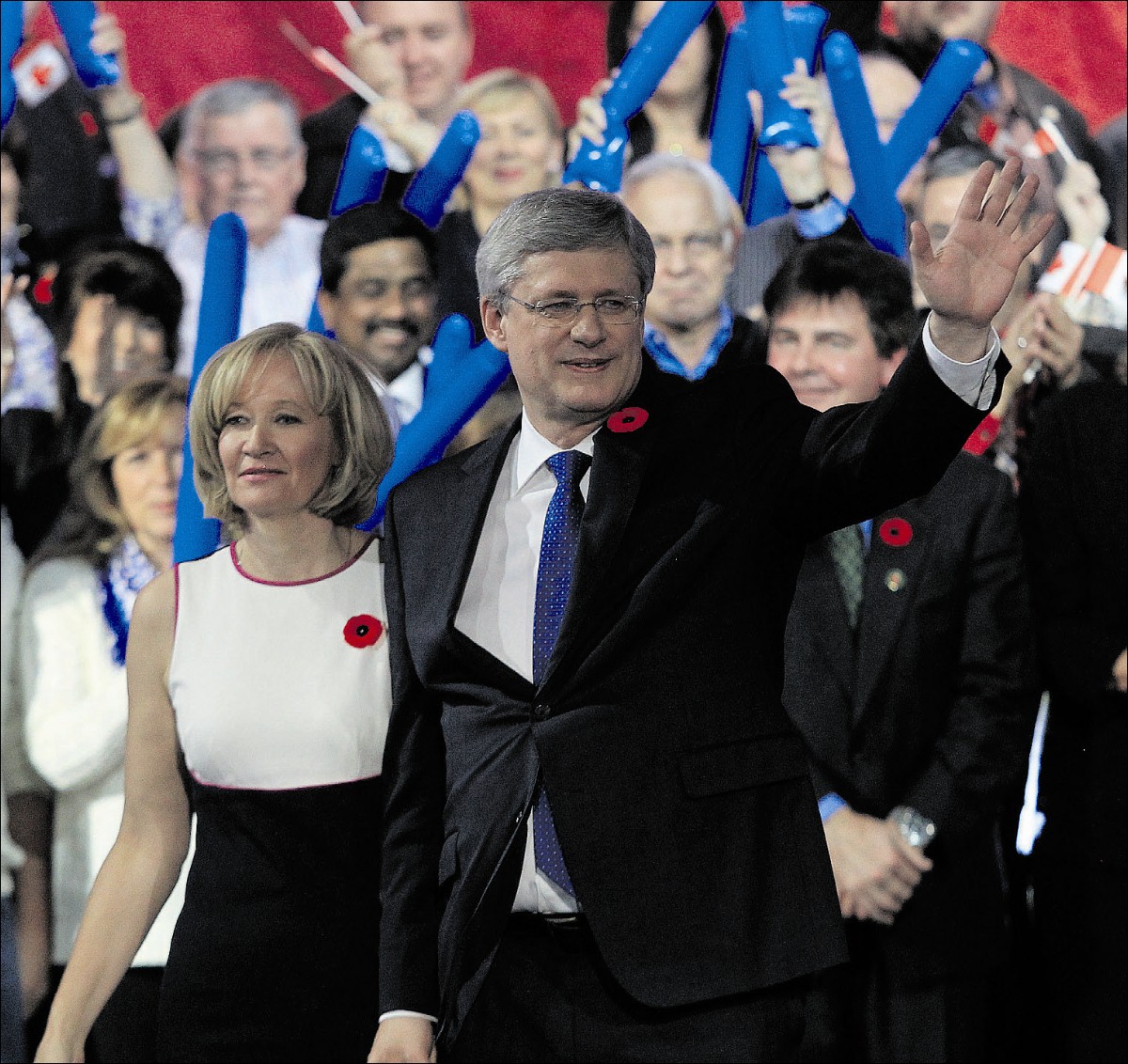 CALGARY — You have to understand: He is not ever going to change. He is not ever going to admit error or show contrition or “let people see his heart” or “share his vision” or do any of what the dimestore philosophers in my chosen trade advise him to do.
Every time Stephen Harper comes to a moment where he’s supposed to “pivot” or “raise his game” or “reset,” he responds with … more of the same. Every speech that is supposed to be an opportunity to broaden his message or show a new face or signal his concern or confront an issue, he gives us … this. He simply will not given them the satisfaction — the media, his critics, the elites, choose your devil.
And so we get this damp recital of past slogans, this parody of a parody of an empty cliché of a speech, this 4,000-word migraine. A strong, stable national government! Protect our economy amid global uncertainty! For those who work hard, pay their taxes, and play by the rules! For our children! And the generations to come!
If you thought he was going to take the opportunity to level with Canadians about the Senate scandals — to explain what happened, to tell what he knew, to clear up the many contradictions and gaps in his story, even to acknowledge it’s an issue, beyond the sins of a few miscreant senators — you should have known better. If you were one of those who thought he might even, in a bold flourish, call for a national referendum on Senate abolition, well, you must be the kind who still believes in flourishes.
He will not do any of what is urged upon him, what conventional wisdom or common sense would dictate you do when you’re in the kind of fix he’s in, not just because he is stubborn and unyielding, but because to do so would be to consent to being judged by others’ terms.
If you say you are sorry, you are not just conceding that you did something wrong. You are conceding the possibility of wrongness. You are accepting that you might be held to some standard not of your own choosing: not only ethical, but rhetorical, strategic, managerial, democratic, any of it. You are acknowledging that you need somebody else’s approval, beyond those you have carefully selected and groomed to approve you. And so he will not do that. If you never act as if you expect to be held to any standard, he calculates, you won’t be. If you never act as if you’re guilty, you aren’t.
It’s entirely possible he is correct in this analysis. The long, triumphant, disgraceful career of Jean Chrétien, on whom he increasingly seems to model himself, is ample evidence of its crude efficacy. Chrétien made all kinds of messes, was caught in all kinds of scandals. But as he seemed so visibly not to care, neither did — could — anyone else. He lowered everyone to his non-standard. A grander experiment in this vein is under way in Toronto.
Is it working for Harper? It’s a little harder to see evidence of it, just at the moment. His party is in third place in some polls, and south of 30 per cent in nearly all of them: an extraordinary rebuke for a governing party in relatively good economic times. His own approval numbers are now the worst of any major party leader. Where once he was the rock on which the Conservative party was built, now he is at risk of becoming the anchor that drags it under.
It’s possible this refusal to change, to pivot, to reach out, to inspire, to do anything but what he has been doing is simply a display of Harperian sang-froid, the legendary long game — an ability to see past transitory difficulties, without the sort of panicky thrashing about that consigns other party leaders to the deep. But it’s also possible he just doesn’t get it: how deeply his party his loathed, how narrow his base has become, how unnerved his party is by the rolling six-month knife-fight that is the Senate scandal.
And so, slowly, tentatively, the race to succeed him has begun. It is not an open challenge to his leadership, yet. But it is not quite the loyal “aye aye sir” he might once have expected. There is no other way to interpret the glaring departure from the prime minister’s line — or rather his latest line — with regard to Nigel Wright, first by Jason Kenney, then by Peter MacKay: where Harper had condemned his former chief of a staff as a deceiver who had betrayed his trust, both of these senior ministers vouched for his integrity, as many in the party would. Yes, he had made a serious error of judgment, but an uncharacteristic one. More significantly, perhaps, neither made any attempt to bridge back to the PM’s position, when asked.
It isn’t that Harper is going anywhere soon, either by his own volition or someone else’s. But the more his stature shrinks, the more real the possibility becomes — and the more the smaller fish in the party start to look around to see which of the bigger fish they need to get behind, in preparation. And the more different sections of the party line up behind one or another of these undeclared candidates, the less acutely they will be harkening to the voice of the leader.
Possibly an explanation or a show of contrition or an abrupt change of direction — something, anything — would only have exacerbated this. Possibly it would look weak, uncertain, rattled. Or possibly he is caught, unable to move one way or the other, trapped in his own body.