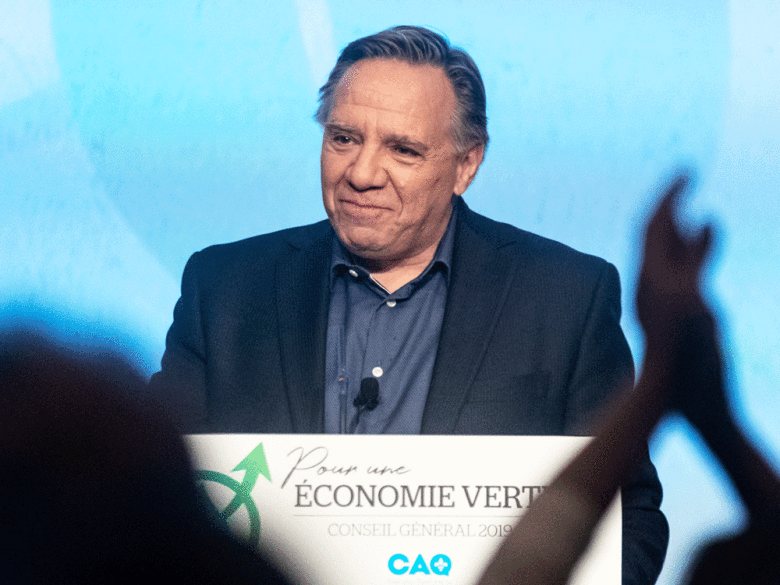 Can it happen here? Since the Brexit referendum and the election of Donald Trump, speculation has abounded over whether a similar sort of authoritarian populism — averse to change, suspicious of elites, intolerant of minorities, fearful of immigrants, hostile to trade and to multilateralism — might be about to upend Canadian politics.

The evidence so far would appear slim. While anti-globalism nationalists and down-with-elites populists were taking over everywhere else, Canada ejected a mildly populist Conservative government in favour of the Trudeau Liberals. Populist candidates in the Conservative leadership race finished well back. A new populist party, the People’s Party of Canada, has to date caused barely a ripple in the polls.

Other indicators are as unconvincing. Canada’s score on the Edelman Trust Barometer, for example — measuring the proportion of the population that say they trust various institutions — climbed 7 points in the last year, to 56 per cent, highest among the developed countries. Hate crimes, after spiking upward in 2017, fell in 2018. Data on attitudes to immigration show no discernible trend.

Nevertheless, the warnings of the populist wave that is sure to engulf us continue unabated, notably from the pollster Frank Graves. In a recent research paper, co-authored with Ekos Research colleague Jeff Smith, Graves claims a surge in authoritarian or “ordered” populism is already transforming Canadian politics.

While conceding that “it is not clear if ordered populism is rising in aggregate in Canada,” Graves nevertheless contends it is making dramatic inroads among certain demographic groups — men, the less-educated, Conservatives — with consequent polarizing effects. “The traditional left-right axis,” Graves and Smith write, “is being displaced by a new open-ordered axis.”

How odd, then, to see the Liberals and Conservatives converging, rather than diverging, in the run-up to the election — Liberals aping Conservative stances on asylum seekers, Conservatives adopting Liberal insouciance on deficits, and so on. Still, alarmist jeremiads a la Graves have a certain potency. Unbelievers are exposed to charges of complacency, head-in-the-sand thinking or even “denialism.”

But the child who pointed out the emperor had no clothes was not in denial: he was stating a fact. Not only is there little evidence of a populist surge in Canada at present — even Graves’s data is mixed — but there are a number of reasons to doubt it will arrive in future. These are rooted in the very real differences between Canada and the countries where populism has had its greatest success.

Begin with its likely causes. While Graves lists several contributing factors — a backlash against cultural permissiveness, fears of social decline among historically dominant groups, “a magnified sense of external threat” — he is in no doubt about which is pre-eminent: the decline of the middle class, income stagnation and, most especially, the “growing hyper-concentration of wealth” at the top.

Graves claims there is “consensus” on this point, but in fact there is considerable evidence that economic factors were not particularly predictive of either Trump or Brexit voters, versus cultural and social factors, notably their views on race, gender and crime. Trump voters, for example, tend to have higher-than-average incomes.

But even if economics were the “overwhelming” causal factor Graves contends, the trends in force elsewhere aren’t much in evidence in Canada. Middle class incomes aren’t stagnating in Canada: they’re up a third after inflation from where they were 20 years ago. The share of income going to the “top 1 per cent” is falling, not rising, here, and has been for more than a decade; at 7.3 per cent, after-tax, it is at its lowest level since 1996. Poverty levels are the lowest on record.

Other differences are even more telling. Canada has endured none of the same traumas over the last two decades that discredited elites and inflamed social tensions in other countries. We have had nothing like the same experience with terrorism. The financial crisis touched us only indirectly. Our housing market did not collapse. The numbers of immigrants and refugees entering illegally/irregularly are trivial compared to those in the United States or Europe.

Is populism particularly prevalent among the less-educated? Canada has the most highly educated population in the OECD, with 54 per cent of its adult population, according to the 2016 census, having graduated from post-secondary education. A particular role in bridging the “diploma divide” may be played by Canada’s system of community colleges — not as snobby as a university degree, but a step up the social ladder from those with only high-school.

How odd to see the Liberals and Conservatives converging, rather than diverging, in the run-up to the election

Is immigration a likely flashpoint? Almost a quarter of Canadians (23 per cent) were born outside the country — the highest in the G8, and nearly twice the proportion in the United States. In Toronto and Vancouver the proportion is approaching half. It’s one thing to whip up hysteria over immigration in places with relatively little experience of it. But in Canada? If, in addition to the foreign-born, you took the numbers who are related to, or friends with, or work beside immigrants, it would surely add up to twice the population.

Similarly, look at trade. Exports make up nearly 30 per cent of Canada’s GDP, more than twice the level in the United States. Maybe you can find a constituency for trade restrictions in the world’s largest and most insular advanced economy. You’re unlikely to do so in a country that is as trade-dependent as Canada.

It’s not that Canada is entirely immune from populism. Indeed, politicians at every level have played with populist themes since the country was born. But, with the possible exception of Quebec’s Muslim-baiting CAQ, the kind of virulently xenophobic, aggressively backward looking parties that have had such success elsewhere seem to have made little headway here. Possibly this is neither accidental nor temporary.

Coyne: Canadians have fallen desperately out of love with Justin Trudeau