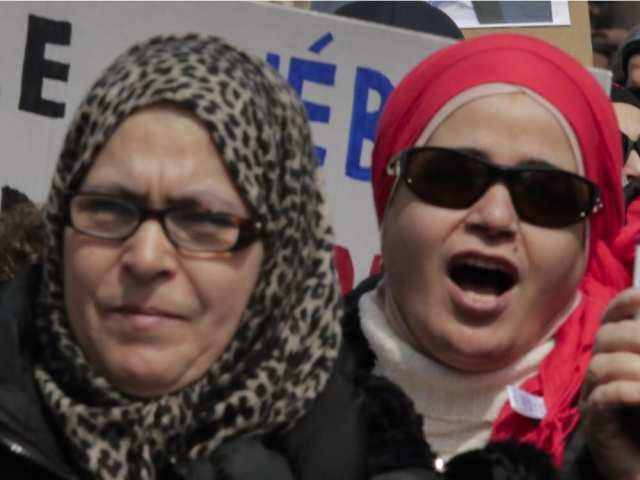 Anti-Muslim sentiment appears to be the main motivation for those who support a ban on religious symbols, a new poll has found.

The poll of 1,212 Quebecers, conducted May 3-7, found 63 per cent of Quebecers supported a ban on religious symbols for judges, police officers and prison guards, and 59 per cent were in favour of a similar ban for teachers. This was true for all age categories except for 18-24 year olds, who were against such a ban.

Conducted by Léger Markering, the poll was commissioned by the Association for Canadian Studies and offered exclusively to the Gazette and Le Devoir news organizations. It aimed to measure support for the proposed Bill 21, a law on secularism that would bar teachers, principals and vice-principals from wearing religious symbols like hijabs, kippahs and turbans in public schools. It would also bar such authority figures as police officers, crown prosecutors and prison guards from wearing them.

Among those who have negative feelings about Islam, 88 per cent support a ban on religious symbols for public school teachers. Conversely, those who had positive views of those religions were overwhelmingly against the ban.

“It’s mainly driven by the hijabs, and the other religious symbols are collateral damage,” said Jack Jedwab, president of the Association for Canadian Studies. “Clearly, what is underlying (support for Bill 21) is negative sentiment toward Islam, Muslims and hijabs. It’s not about Christian religious symbols. The historic baggage of Catholicism and its negative role in Quebec isn’t part of the identity of a lot of Quebecers, despite what we hear from a lot of thought leaders.”

The poll found roughly one in two Quebecers believes their way of life is threatened by the presence of religious minorities, with 47 per cent believing that statement to be true, compared with 45 per cent who disagreed. Most believe hatred directed at religious minorities is on the rise, and 53 per cent said relations between Muslims and non-Muslims has gotten worse over the last five years. Most Quebecers also believe Bill 21 will not improve relationships between the majority and the minority.

An additional national poll also conducted by Léger has shown slightly more overall support for Bill 21 in Quebec than in the rest of Canada. However, when narrowed to respondents with an unfavourable view on Muslims, there isn’t a significant difference between Quebecers and those in the rest of Canada. They equally support a ban on religious symbols.

The poll also found most people didn’t believe public school teachers or public servants who wear religious symbols were trying to convince others to join that religion, despite the fact one-third of respondents said they believed Islam was a proselytizing religion. However, there was also significant support for an even wider ban on religious symbols. Quebecers were split on the question of a blanket ban of religious symbols, with 43 per cent in favour of outlawing the symbols in public, compared with 47 per cent who were against such an idea. However, there was a clear majority who thought elected officials shouldn’t wear symbols, with 59 per cent supporting such a ban, compared with 32 per cent who were against. In both cases, the support for a ban was much higher for the 55 and older age group, while those between the ages of 18 and 24 were generally against bans.

While the Coalition Avenir Québec government has classified Bill 21 as a way to enshrine the religious neutrality of the state, Jedwab said it’s clear Quebecers don’t have a negative view of most religions, except for Islam. While many have claimed support for the bill is motivated by a desire to take all religion out of the public sphere, Jedwab said the results don’t show that to be true.

Despite what appears to be broad support for a ban, Jedwab said there is also soft support and soft opposition. The majority no longer supports a ban on religious symbols if it is deemed to be unconstitutional, while many more would agree with the ban if it were proved to be in line with the Quebec Charter of Rights and Freedoms.

“If the government could get a court opinion showing the bill is not a violation of the charter, that would probably be very favourable to the government. They would reach more people who are soft opponents of this.”