Trudeau's gun ban appeared to prohibit some coffee, a website and a toy. Here's why 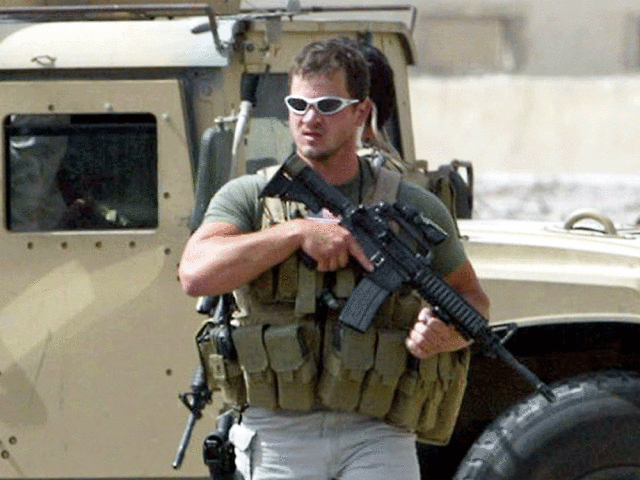 OTTAWA — When the Liberal government banned 1,500 firearms earlier this month, there was one name in particular on the prohibition list that raised eyebrows: the Blackwater BW-15, a product widely known as a battery-powered airsoft gun that fires plastic pellets.

Chat forums, gun blogs and some corners of social media went ablaze on the news. Had Prime Minister Justin Trudeau really outlawed an airsoft gun? Gun retailers contacted by the National Post were perplexed, saying the confusion heaped new uncertainty onto a sweeping ban that was already set to cost the industry hundreds of millions in unsellable inventory. Would Canadians actually be forced to surrender their plastic toys?

Then someone else notice another name on the list, the Black Rifle Company BRC15B, was strikingly similar to that of an American coffee maker, who tweeted at Trudeau asking whether the prime minister had in fact banned grounds rather than guns. “Say it ain’t so,” Black Rifle Coffee Company tweeted at Trudeau, “did you really ban our Fresh Roasted Freedom in Canada eh?”

And two names on the manufacturer list were versions of the AR15.COM, which shares a name with the website ar15.com, an online community for gun enthusiasts offering discussion forums and resource manuals, among other things. This time gun owners and retailers were understandably left to wonder whether a website was being targeted.

But the truth behind the confusion requires some digging into the somewhat arcane world of firearms manufacturers — and a private military group that featured heavily in the Iraq war.

Firearms are legally identified by a part of the gun called the “receiver,” which houses the main components like firing pin, hammer or extractor. Receivers also carry the serial number used to identify and distinguish firearms. For that reason, firearm bans are really just bans on receivers — often with added restrictions around barrel lengths or muzzle velocity. Many firearms, particularly the AR-class rifles, are highly customizable receivers that allow gun owners to add different types of barrels, stocks, grips and scopes to build a complete rifle.

Ottawa’s firearm ban, announced on May 1, prohibited for sale a number of highly obscure receivers for AR-class rifles — or any others considered “military style” firearms, although the term “military style” is not clearly defined. (Any banned guns already in private hands will continue to remain legal, although the government has suggested it will offer to buy them.) That included little known models, such as the Blackwater BW-15, that were built on a limited basis and are therefore difficult to find online.

The BW-15 receiver was built by Blackwater Worldwide, a U.S. private military company notorious for a botched 2007 mission in Baghdad, when Blackwater guards tasked with protecting a U.S. State Department convoy killed 14 Iraqi civilians and wounded 20 others.

Sometime around 2007, Blackwater ordered 400 AR receivers — imprinted with the company’s trademark bear paw logo — which it planned to sell to clients as part of a small diversification effort within its armoury division, entirely separate from its overseas operations.

The plans were interrupted by the mishap overseas, after which the company was scaled back and renamed Xe Services. It was renamed again in 2010, and is now called Academi.

Would Canadians actually be forced to surrender their plastic toys?

“I don’t think we actually put together more than about 50” of the Blackwater BW-15s, Bill Kirkland, who managed the small Blackwater armoury in Moyock, North Carolina at the time, told the National Post.

Federal agents with the Bureau of Alcohol, Tobacco, Firearms and Explosives raided the armoury in 2008 as part of an investigation into the Baghdad incident, seizing 22 weapons. In 2014, four guards with Blackwater were convicted by a U.S. federal court on murder, manslaughter and weapons charges.

Kirkland is now director of firearms and explosives at the company. He said the Canadian Liberal government’s decision to ban the Blackwater product was likely part of an effort to prohibit any and all receivers in Canada, no matter how obscure.

“I think that’s what they’re doing here, is crossing their ‘t’s and dotting their ‘i’s,” Kirkland said.

Ottawa’s ban purports to outlaw rifles that are “present in large volumes in the Canadian market,” which would not apply to the Blackwater receivers. It also prohibits semi-automatic rifles with “military design” — a designation that detractors say works as an arbitrary catch-all. Blackwater never sold its receivers directly to Canadian buyers, Kirkland said, but those receivers could have been sold to Canadian buyers at a later date.

In an article dated January 2020 in Everest Media, a website for outdoors activities and firearms, an Erik Skaalheim from Black Rifle Company spoke in detail about his firm’s AR receivers. The company started at a shop based in Clackamas, Ore., according to the article, where it started building receivers, and then “expanded into making their own free-floating handguards, low-profile gas blocks and complete production rifles.”

As for the AR15.COM, the rifle receiver that seemed suspiciously similar to the name of a firearms website: an employee at the website clarified in a recent video that the same company that runs the Rockwall, Tex.-based site had in fact manufactured a small number of branded AR receivers in the past.

In the video, the employee criticizing the Trudeau gun ban introduced by “prime minister black face,” saying it targets law-abiding citizens while failing to address the illegal supply of guns that are frequently used in violent crime.

I think that’s what they’re doing here, is crossing their ‘t’s and dotting their ‘i’s

The sweeping ban has caused an uproar among gun owners in Canada, and a firearm lobby has been calling on Ottawa to compensate gun retailers and distributors for as much as $1.1 billion for the inventory they are no longer able to sell.

Some have pushed back against a claim made by Trudeau earlier this month that “you don’t need an AR-15 to bring down a deer,” saying it appears to contradict some exemptions written into the federal regulations, in which people who depend on prohibited firearms for “sustenance” can continue to use AR-15s under certain circumstances. Some hunters and farmers use the rifles to kill small game.

The ban on certain barrel sizes had also been interpreted as prohibiting several types of shotguns used in bird hunting, according to some legal interpretations. The RCMP issued a notice last week stating that 10-gauge and 12-gauge shotguns “are below the 20mm threshold” and therefore won’t be banned.

A petition by Conservative MP Michelle Rempel-Garner is calling on Ottawa to scrap the firearm ban and “instead pass legislation that will target criminals, stop the smuggling of firearms into Canada, go after those who illegally acquire firearms, and apologize to legal firearms owners in Canada.” The petition had over 170,000 signatures on May 12.