It is time for the United States to leave Iraq, without any more delay than the Pentagon needs to organize an orderly exit. 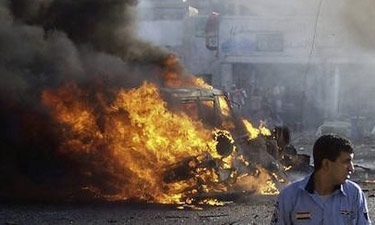 President Bush and Vice President Dick Cheney have used demagoguery and fear to quell Americans’ demands for an end to this war. They say withdrawing will create bloodshed and chaos and encourage terrorists. Actually, all of that has already happened — the result of this unnecessary invasion and the incompetent management of this war.
This country faces a choice. We can go on allowing Mr. Bush to drag out this war without end or purpose. Or we can insist that American troops are withdrawn as quickly and safely as we can manage — with as much effort as possible to stop the chaos from spreading.