The devolution of Christmas

A few years ago, the governor-general changed the name of Rideau Hall’s Christmas tree to that of “Holiday” tree.
A government spokesman then said that this move “reflects the traditions of many cultures.”
This politically correct pursuit of inclusiveness has stirred up the conscience of many devout Christians and non-Christians alike. Should the Christians relinquish sole claim to the evergreen symbol? Should the Christmas tree be a symbol of all people’s holiday spirit?
But wait. What is the origin of the Christmas tree?
Evergreens were pagan symbols of rebirth long before Christians showed up. In the dead of winter, the Celtic Druids would bring a tree into their home, as a symbol of everlasting life. In celebration, they would decorate it with their icons and harvest.
Romans brought it into their homes in celebration of The Festival of Saturnalia, their new year, as a sign of good luck.
The Saxons, a German group, were the first to put lights on in the form of candles, during the two month feast of Yule.
In the 17th century, its popularity took off despite denouncements by purist Christians who insisted that the tree never had anything to do with the birth of their messiah. Around this time, the Lutheran theologian Johann Dannhauer wrote, “The Christmas or fir tree, which people set up in their houses, hang with dolls and sweets, whence comes this custom I know not; it is child’s play.”
By the 19th century, the Christmas tree was a fixture and understood to be the property of Christianity.
In 1850, Charles Dickens still referred to it as “a new German toy.”
So there you have it. Apparently, the tree’s controversy has been around practically since Day One.
One thing is constant; the continuing evolution of its material side, the rush to decorate it, pile gifts under it, the fervor stoked by commercial enterprise which recognizes that the weeks which precede Christmas Day are the make or break profit periods for most stores. Christian groups rally to keep the name of the tree. Why?
It was a distortion of meaning from the beginning. The media now plays Christmas songs in November. Stores have their decorations up before the discs spin. Are we surprised that with a growing base of consumers in North America that everyone wants to be included in the gift frenzy?
All this to say that the Christmas tree has absolutely no attachment to the real meaning of Christmas.
So you see, the Christians were not the originators, but were the original protesters, and eventually laid claim to the tree as their own, as many non-Christians are trying to do today. It is an evolutionary process, or devolution, depending on what position you defend.
And down through the centuries, the true meaning of Christmas has been eroded by the excess and distortion of modern day commercialism.
What is the true meaning of Christmas?
It comes from the old English “Christes Maesse,” meaning mass of Christ. The story begins with the birth of Jesus.
While the inward element of Christianity is faith, its external expression is love, as taught by the prophet Christ. At the heart of this love is giving to others. There are no ulterior motives; Christian love is meant to be freely offered as a gift, in hopes that it will be freely received. Hence, this is the “gift giving” that is at the core of a classical X-mas. Not an iPod or a silk tie.
The Christmas season is supposed to be a joyous time, caught up in kindness and thoughtfulness. This is the true “Christ mass,” simple and sincere. It was never meant to become overwhelmingly complicated by commerce. This fundamental connectedness allows all faiths to participate, to some degree, in the celebration of X-mas, for they, too, acknowledge the theme of love and kindness as a part of humanity’s life journey.
It is of little consequence that the Christmas Tree is renamed the Holiday Tree. If changing the name of a festooned evergreen encourages more people to embrace love and equality, at least during the month of December, then let it be so. 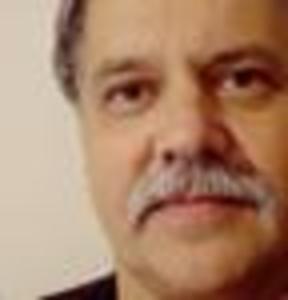 License plates say a lot about a province