Quebec should come out of this election a winner, Pierre Arcand says 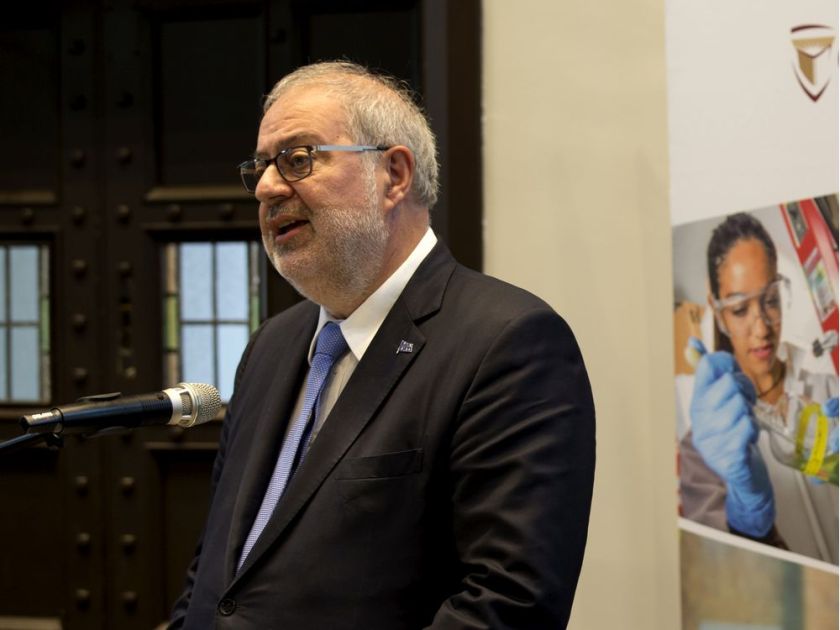 "We think it's time to defend the interests of Quebecers," the provincial Liberal leader says. "We hope Mr. Legault joins us."

QUEBEC — Liberal leader Pierre Arcand is calling on the parties in the looming federal election campaign to spell out where they stand on key issues of interest to Quebecers.

And he says Premier François Legault should do the same.

“We think it’s time to defend the interests of Quebecers,” Arcand said at a news conference. “We hope Mr. Legault joins us.”

Arcand made the comments presenting a shopping list that he said represents the needs of Quebec. The list includes everything from money to compensate dairy farmers for various trade agreements to slapping taxes on web giants like Google, Facebook, Amazon and Apple.

The Liberals want Ottawa to increase funding for public transit and to reinforce controls to prevent identity theft.

He said the issue under the radar is Ottawa’s gradual reduction in transfers for health care to the provinces over the last 10 years. He wants Ottawa’s share to return to 25 per cent of total expenses as it was before.

“The shortfall (for Quebec) over the last 10 years is about $14 billion,” Arcand said. He said he expects the federal leaders to spell out what they think.

Arcand’s move comes as the federal parties crank up their electoral machines for an election launch, which should happen soon with a visit by Prime Minister Justin Trudeau to the governor general in Ottawa.

The exact launch date is not yet known but all the parties have released their campaign slogans.

The Bloc Québécois will campaign under the slogan, “Le Québec c’est nous.”

The federal Liberals will campaign using “Choose forward,” while the Conservatives opted for “It’s time for you to get ahead.”

The New Democrats picked, “In it for you.” The party has a different tagline in Quebec. The slogan here is “On se bat pour vous.”

The Green Party slogan is “Not left, not right, forward together.”

But Arcand said he wants to know what’s behind those slogans.

“We think Quebec should come out of this election a winner with firm commitments,” Arcand said. “It is our intention to defend the interests of Quebec.”

Arcand agreed that sometimes it is hard to read the Legault government’s views on Canada and the other provinces.

“Mr. Legault is ill-at-ease when we talk about Canada,” Arcand said. “But I hope, in the next few days, he will come up with a solid plan.”

“The question is what is good for Quebec. Our five proposals are clearly proposals that will affect the lives of Quebecers in the best way possible and that’s all we care about right now.”

Arcand specified, however, that the Quebec Liberals will stick to their tradition and not take a position in favour of one party or another during the campaign.

But individual Liberal MNAs are free to back or assist whoever they want.

“The answer is they are free,” Arcand said. “Maybe not a Bloc candidate,” he added with a chuckle.

The federal election is Oct. 21. Traditionally, Quebec premiers spell out what they expect from the parties running for office in Ottawa.

Quebec should come out of this election a winner, Pierre Arcand says