Dumont or not Dumont?

That's the question for Quebec, but the rest of Canada may soon be familiar with the answer, says history professor DESMOND MORTON

Par Desmond Morton
Political observers across Canada may finally have to add Mario Dumont and his Action Démocratique du Québec to their repertoire, even before Quebec's March 26 election. Or, as happened in the 2003 election, the inherent weaknesses of a political party denied official status may yet trip up Mr. Dumont and leave his party with another frustrating finish.
Back in 1994, Mr. Dumont seemed safely headed for a conventional political career as a Liberal. As head of the Liberals' Youth Commission, the 24-year old, bilingual Concordia University student seemed a safe bet as a future cabinet minister in Ottawa or Quebec City. Instead, like most of Canada, he got tangled in constitutional debates.
Humiliated and angry that their Meech Lake proposals had been rejected out of hand, Quebec's Liberals had invited lawyer Jean Allaire to propose a fresh policy. Predictably, Mr. Allaire urged Quebec to take over just about every federal power but national defence and raising taxes. Mr. Dumont and many young Liberals embraced those proposals; older Liberals reluctantly embraced the Charlottetown formula.
Mr. Dumont and younger Liberals followed Mr. Allaire out of the party and into a brand new ADQ. (Like the PQ, the ADQ felt no need to translate its name for les anglais.) Six months later, Mr. Allaire retired for health reasons as the ADQ's first leader, and Mr. Dumont took over. In September of 1994, when Jacques Parizeau led the Parti Québécois to power, Mr. Dumont won the ADQ's lone National Assembly seat, in his hometown of Rivière-du-Loup. A year later, when Quebec was launched into a new sovereignty referendum, he featured alongside Mr. Parizeau and Lucien Bouchard on the Yes side's most widely distributed propaganda.
Afterward, Mr. Dumont had reservations. Like many of the young Canadians of his generation, he was no economic or political radical. Trade unions had done him no personal favours. He took the benefits of the welfare state for granted, complained about its cost and grumbled when it cut into his freedom of choice. His political choices were even more constrained than his right to buy health care whenever he wanted it. Whatever their practical policies in power, the Liberal Party claimed to be the champion of Quebec's Quiet Revolution, while the Parti Québécois had even tried to join the Socialist International.
In 1970, when Mr. Dumont was born, a right-wing Union Nationale still governed Quebec in the memory of "le Chef," Maurice Duplessis. Its rural, conservative, traditionalist embers had glowed in the Ralliement créditiste or become lodged uncomfortably within the PQ or the Liberals. If Mr. Dumont wanted a constituency for his new party, here was a congenial and wholly available electorate. Even better, as in other Canadian provinces, rural constituencies are disproportionately represented in Quebec's National Assembly.
The results, however, have been much more frustrating than Mr. Dumont could have anticipated. As elsewhere in Canada, an official political party in Quebec needs to win a dozen seats. In his first election, in 1994, Mr. Dumont was excluded from the leaders' debate. In 1998, he was included but succeeded only in retaining Rivière-du-Loup as the PQ inched back to power. Before the 2003 election, the ADQ had some of the same momentum it has now, on the strength of four by-election victories. Pundits were saying Mr. Dumont could win 80 seats and be the next premier. Instead, he emerged with just four seats.
Many of the factors that make the pundits more cautious in 2007 also existed in 2003. Although Mr. Dumont may be popular, his party lacks the subsidies and exposure available to bigger parties. The ADQ has shallow roots, particularly in urban areas, which encourages the nomination of inexperienced and even flaky candidates whose pronouncements delight reporters and embarrass potential voters. In 2003, journalists found that a Dumont adviser, Marc Snyder, had a criminal record. In 2007, the ADQ has had to drop two candidates who shared embarrassing opinions about violence against women and anti-immigrant racism. And, as in 2003, prominent journalists have helped the PQ and Liberals by poking holes in Mr. Dumont's policies.
Could organizational weakness, policy proposals that don't compute and candidates with contempt for political correctness pull the plug on Mr. Dumont's hopes? Will his flagrant abuse of the rules in this week's debate hint at a trace of personal slime? Perhaps.
But perhaps not. Remember when the CRTC put Quebec radio station CHOI-FM off the air because of crude utterances by "shock jock" Jeff Fillion? The fuss sent CHOI star André Arthur to the House of Commons. Mr. Fillion endorsed the ADQ's Sylvain Légaré in a provincial by-election. Mr. Légaré won. Mr. Dumont persuaded a former Liberal minister, Yvon Picotte, to become the ADQ's president. Mr. Picotte had to apologize for crude references to PQ Leader André Boisclair's homosexuality and was replaced by Gilles Taillon, president of Quebec's powerful business lobby, le Conseil du patronat.
After 13 years, Quebeckers know what the ADQ represents: privatization, cuts to the civil service, two-tier health care, an end to trade union rights, the kind of autonomy Duplessis promoted in Quebec in the 1950s. Faintly visible behind a gauze veil is a social conservatism that a majority of Quebeckers may deplore, but that others, as elsewhere in Canada, would quietly prefer. Mr. Dumont's support is stronger in 2007 than it was in 2003, even if the pundits are more timid.
While Stephen Harper may be putting billions of dollars of our money on Jean Charest to win, Canadians may end up having to deal more seriously with Mr. Charest's youthful fellow conservative and the ADQ.
Desmond Morton is Hiram Mills Professor of History at McGill University.

A nation divided by an election 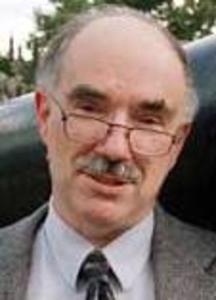 A nation divided by an election

Dumont or not Dumont?