Conrad Black: Remember the real scandals of the Trudeau government 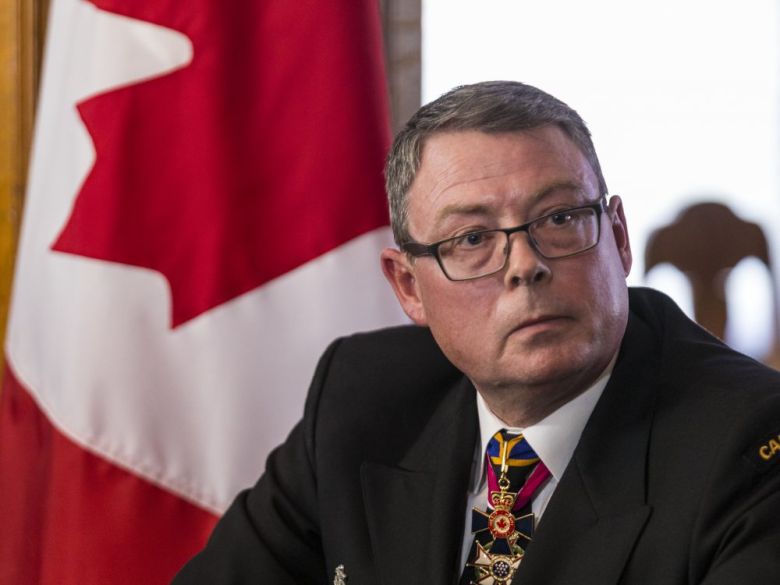 We are now less than three months from the federal election and are just starting to hear a few campaign noises that presumably presage the political histrionics that will soon be deafening us. In what is being said by audible federal politicians now, there is almost nothing about serious policy issues and no very probing attacks on ethical failings of the government seeking re-election. Regular readers will recall that I was not especially concerned about the SNC-Lavalin affair. It is not the duty of Canadian businessmen to reform the political mores of other countries, and incentives paid to foreign officials, while unedifying, are sometimes necessary. As long as Canadians did not personally profit from such transactions, did not file fraudulent income tax returns, and acted in the best financial interests of the corporation, it doesn’t fluster me particularly.

It is perfectly understandable that the prime minister would wish to save thousands of jobs in Quebec, and the company would be right to decamp and pay its taxes elsewhere if, having the choice to fine or prosecute the company, the Canadian government chose to plunge into an expensive and spectacularly controversial trial of uncertain outcome over such an incident, ignoring the national interest, which in this case favours job retention, conservation of the reputational competitiveness of a large and successful Canadian international company, and the pocketing by the treasury of a large cash fine. Nor is there anything in the slightest improper about the prime minister, his principal secretary, or the clerk of the privy council intervening with the attorney general to uphold the national interest. The idea that the attorney general is completely independent of the head of the government in matters where the prime minister is defending the national interest as he sees it is bunk, although it must be admitted that the issue was clumsily handled and invited considerable mockery.

Justin Trudeau’s finest hour in the past four years was evicting Wilson-Raybould from the government and the Liberal party, though he did not do it for the right reasons

What concerns me about this incident was the almost complete failure of the Canadian media to grasp the real issue, which was that the former minister of justice and attorney general, Jody Wilson-Raybould, misrepresented her position as one of immunity from supervision by the prime minister when he is supported, if necessary, by a parliamentary majority, and that she had scandalously abused her position to assure the enrichment of Indigenous leaders and organizations arbitrarily. Her directives produced legal and financial windfalls for Indigenous communities and she tied the hands of government lawyers doing their best to serve the national interest opposite native organizations. Our media, and the political opposition, were too frightened by the Maginot Line of political correctness to raise the former attorney general’s appalling actions in what has become such a sensitive policy subject that it’s near impossible to have the responsible public discussions Indigenous issues require. Justin Trudeau’s finest hour in the past four years was evicting Wilson-Raybould from the government and the Liberal party, though he did not do it for the right reasons (and it was after her move to veterans affairs — her legalistic conscience did not flair up and necessitate her resignation until the media pried open the issue of SNC-Lavalin).

The point is that this episode was not so much a failure of the government because of financial corruption as it was because the departed minister — who was, as I’ve written before, one of the least qualified people ever to hold the office — abused her execution of it. The media pounced fairly enough on a legitimate question, but completely failed to notice the more important questions. The general absence of an alert media incites sloppy government, administratively and ethically.

The biggest ethical question that has arisen in the life of the present government, however, is the disgraceful affair of Vice-Admiral Mark Norman, deputy chief of the defence staff and former commander of the Royal Canadian Navy. I commented on this, too, and wish here to thank readers who joined me in financially supporting the wrongly accused senior officer with his outstanding legal defence, conducted with great professional skill by Marie Henein, one of the country’s leading barristers.

The collapse of the government’s case, commented on derisively, was not adequately portrayed as the outrage it was

There is no reason to recount the facts in detail. In a few sentences, the admiral supported the conversion of a civilian vessel to maintain Canadian warships far away from their home ports, which all navies must have to be more than coastal forces. The government chose to wait years longer for the construction of two new vessels, (all due to the substantial incompetence in defence matters of the past three governments, despite the best efforts of some defence ministers, particularly Peter MacKay). Norman was accused of releasing confidential material to influence the adoption of his preference in the maintenance ship-replacement issue.

Most of the media were neutral to skeptical about the charges against a man who joined the navy as a mechanic and rose steadily for 33 years to its highest position. But the collapse of the government’s case, commented on derisively, was not adequately portrayed as the outrage it was. Normally, if a government employee is charged with an offence that relates to their employment or service, the government lends that person the money for a legal defence, which is repayable in the event of an adverse judgment. Here it was denied the admiral, in an obvious attempt to starve him into surrender. His home was conspicuously ransacked for evidence by the RCMP. Differences sometimes arise between governments and senior military officers. The government must prevail, and if there has been no public dissent by the officer, there is no reason to derail his (or her) career. Where there is public dissent, the government has the moral as well as legal and customary right to relieve the officer.

The most famous case of this in living memory was president Harry S. Truman’s dismissal of Gen. Douglas MacArthur as commander in chief of all United Nations forces in Korea and military governor of the Japan, in 1951. MacArthur was the most decorated officer in the history of the United States Army, having attained every medal for ground forces combat bravery, including a profusion of silver stars and crosses and the Congressional Medal of Honor. He is generally reckoned one of the world’s great generals of the past 200 years and a brilliant renovator of Japanese institutions. But he publicly criticized Truman’s policy of expecting a conscript American army to risk their lives constantly and with no end in sight on the other side of the world for any goal less than victory. He was correct, as was demonstrated in the Vietnam debacle, which he (and his peer Gen. Dwight D. Eisenhower) warned against. If he had been listened to, we would have got rid of the ghastly North Korean regime then, and the American experience in Vietnam would have been avoided. But Truman was also right, because MacArthur was publicly insubordinate and challenged civilian control of the military. Truman could justify removing MacArthur but that is the key — the general was retired and returned to a hero’s welcome; he wasn’t prosecuted on trumped-up charges.

Mark Norman, a fine and good man and officer, is not Gen. MacArthur, and Trudeau is no Harry Truman either (a distinguished president), but the government’s treatment of this fine officer was an unspeakable outrage and the opposition parties and media should have fried the entire senior cabinet, and not allowed Scott Brison, one of those believed responsible, to slink serenely off to prosperous retirement. The Conservatives should offer Admiral Norman a nomination as candidate in a winnable constituency and amplify this horrifying episode. (This is my idea, not Mark Norman’s.) If this can be attempted against a senior officer with a third of a century of unblemished national service behind him, who is safe from such treatment? The answer is obvious.

Conrad Black: The inconvenient truth about Trump — he's doing what he said he would