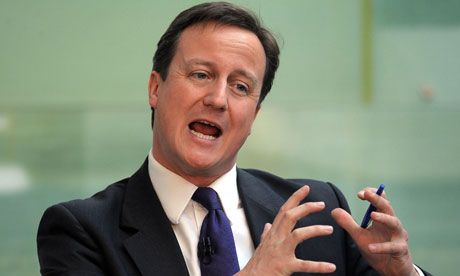 DAVID Cameron has promised a No vote in the referendum will mean more powers for Holyrood, as he used a visit to Scotland to portray himself as the guardian of devolution.
The Prime Minister said he had a “track record” of devolving more power to Scotland, Wales and Northern Ireland and he attempted to reassure voters a Conservative administration at Westminster would not scupper ambitions for a stronger Scottish Parliament. However, he admitted he could not guarantee such powers would be included in the first Queen’s Speech of a new UK parliament.
With opinion polls this week suggesting Labour will struggle to oust the Tories at next year’s General Election, Mr Cameron sought to counter the SNP’s argument that a Yes vote was the only way to guarantee more powers.
Speaking in Glasgow, he claimed his record showed he was prepared to work for more powers for Scotland. He pointed to the passage of the Scotland Act through Westminster, which will allow Holyrood to set a Scottish income tax rate in April 2015.
“What I would say is that, having been Prime Minister over these last four years, I made some promises about further devolution,” Mr Cameron said. “I think some people may have doubted that they would be fulfilled, but they have absolutely been fulfilled.
“The Scotland Act is one of the largest acts of devolution that has ever taken place and that was delivered in a proper, timely and cross-party way.
“So I would say that the General Election is decided on a UK-wide basis, but Scotland knows it has a good level of devolution already and it has opportunity for more devolution in the event of a No vote.”
He went on: “I have been the Prime Minister who devolved policing and justice in Northern Ireland, the Prime Minister who has held a referendum in Wales which has seen law-making powers going to Cardiff that has promised to see another referendum in Wales on tax-raising powers, and that has overseen the Scotland Act and the huge amount of devolution that passes to the Holyrood parliament.
“So I think I have a track record of showing respect for the nations of the United Kingdom and achieving devolution so that our family of nations can stay together and find a settlement with which all are comfortable.”
However, he was unable to guarantee more powers for Scotland would be included in the first Queen’s Speech of a new parliamentary term, should the country vote No.
He said this was because whoever won the General Election would want to talk to other parties to build consensus on the issue of which powers could be devolved. And he pledged to would work with other parties to deliver a stronger devolution settlement for Scotland.
But First Minister Alex Salmond said no-one would believe Mr Cameron’s promises and he renewed his call for Mr Cameron to debate with him.
He also evoked a speech made by former Tory prime minister Alec Douglas-Home, when he suggested a No vote in the 1979 devolution referendum would not mark the end of Home Rule.
“Nobody will believe Tory promises of more powers for Scotland, because the last time that happened the only thing Scotland got was Thatcherism and 18 years of Tory governments we didn’t vote for”, Mr Salmond said.
“The Prime Minister is perfectly entitled to come to Scotland, and we are perfectly entitled to ask why he isn’t prepared to have a debate in Scotland. He is prepared to have a debate with Ukip and the Greens, but not on the future of Scotland. If you are entering a debate, you cannot be half in that debate – you have to be accountable, which is why he should agree to a one-to-one TV debate, First Minister to Prime Minister.”
Mr Salmond criticised Mr Cameron for referring to the late Labour leader John Smith’s argument that it was perfectly possible to be a passionately proud Scot and still believe in the United Kingdom.
The First Minister said: “John Smith believed in a Scottish parliament – David Cameron didn’t. John Smith believed in a fairer society – David Cameron didn’t. I knew John Smith, and David Cameron is no John Smith.”
Mr Cameron, who was at Walcheren Barracks in Maryhill to announce 2,000 armed service personnel would be on hand to help with security at the Commonwealth Games, also came to the defence of the under-fire Alistair Darling.
In a week that had seen questions raised about the effectiveness of his leadership of the Better Together campaign, Mr Cameron said the former Labour chancellor had his full confidence and that the Edinburgh MP was doing a “great job”.
The Prime Minister said: “Better Together has got very strong arguments to make. Arguments of the head, of facts and figures, arguments of the heart that you can be a proud Scot, but that the right thing for Scotland is to be part of the United Kingdom.
“The way I have sometimes put it is that you can be much prouder of your Scottishness than your Britishness and still believe that Scotland should be part of the United Kingdom. I think we need to make the arguments of the head and of the heart.
He also said that, as an English MP, he had lost count of the number of times that people south of the Border had told him of their hopes that Scotland would remain in the UK.