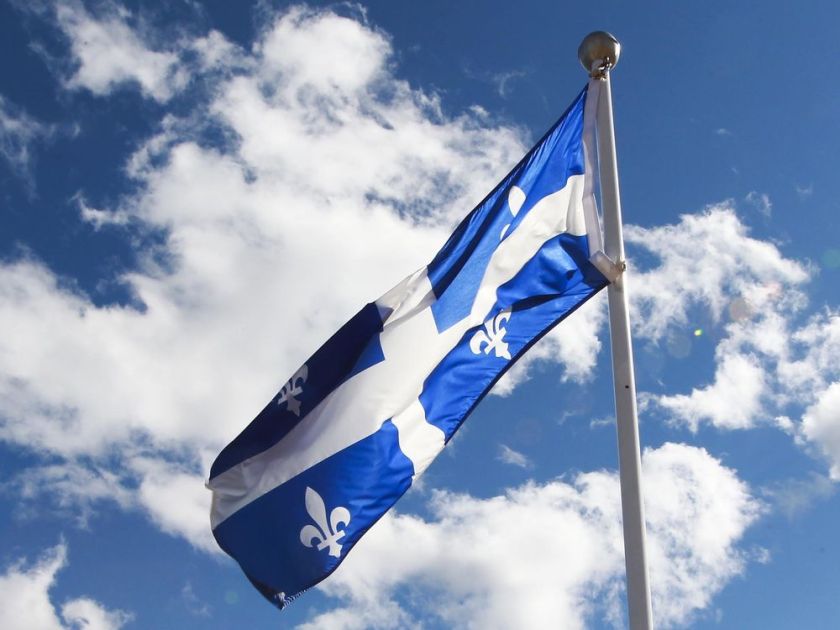 Since his party won 32 federal seats in Quebec, Bloc Quebecois Leader Yves-Francois Blanchet has been so noisy and divisive that for many westerners he was becoming the voice of the province.

It is friendly, respectful, conciliatory and supportive of western energy and prosperity. It’s also a welcome repudiation of the hostile rhetoric from Bloc Quebecois Leader Yves-Francois Blanchet.

Alberta officials were delighted but surprised. They immediately called the Quebec premier’s office and confirmed that it’s true.

Because the feds put a $60 per capita limit on this plan, Alberta received only $251 million after economic losses of $6.9 billion.

The province is now demanding a further $1 billion for subsequent losses.

“This program is not adapted to today’s reality, however, and must be reviewed.

“For example, transfers from the program have been capped at $60 per capita since 1987.

“Québec supports Alberta’s proposal that the federal government make the necessary improvements to this program.

Some places Girard’s column does not go; there’s no pull-back on comments about “dirty oil,” for instance. An oil pipeline is not on, and Quebec doesn’t want changes to equalization.

And it doesn’t mention the severe propane shortage cause by the CN Rail strike, a problem Premier Jason Kenney says would be solved by a pipeline.

But this column is clearly intended to defuse tensions and ease western anger. It falls back to Quebec’s traditional posture of co-operating with other provinces on issues of common interest.

“Quebec understands the current difficulties of the energy-producing provinces and wants them to prosper,” Girard says.

“Our government shares their concerns about the economic challenges they are facing, and the hardships experienced by families living there.”

Many will suspect those are just fine words.

But there’s more, including support for Alberta’s opposition to Bill C-69, the stabilization shift and a vow to eliminate Quebec’s need for equalization money over time.

Just as important is the tacit rejection of Blanchet, who recently said western separatism is inevitable because Canada is not a coherent or relevant country.

He calls Canada a “petro-state” that Quebec wants no part of. He proposes “green equalization” that would tax Alberta directly and pay Quebec.

Since his party won 32 federal seats in Quebec, Blanchet has been so noisy and divisive that for many westerners he was becoming the voice of the province.

No Quebec separatist leader in a long line — from Rene Levesque to Lucien Bouchard, Jacques Parizeau, Gilles Duceppe and beyond — has been so hostile to the rest of Canada.

Blanchet has further inflamed anger and separatist feeling. That seems to be his whole point.

The Québec provincial government was making it worse by failing to respond for many weeks.

There was a dawning worry — absolutely horrible if true — that Coalition Avenir Premier Francois Legault was endorsing Blanchet through silence.

The letter eliminates that concern. It could also have an impact on how the Trudeau Liberals behave.

They will be much more inclined to revise Bill C-69, for instance, with Quebec pushing back in alignment with Alberta, Saskatchewan and other provinces.

Girard doesn’t back away from Quebec’s unilateral oil pipeline ban, but notes that a proposed liquid natural gas project would link into a 750-kilometre pipeline for Alberta natural gas.

The minister defends equalization but adds this:

“The Quebec government intends to continue its efforts to accelerate Quebec’s economic development and create wealth.

“It is determined to increase the potential of its economy and its fiscal autonomy.

“Someday, Quebec will no longer receive equalization payments, and this will be a great day for Québec and Canada.”

The dollars will still keep flowing for a long time, of course. As a small comfort, at least, Girard offers support on fiscal stabilization.

Whatever else people think of the column, Legault and his minister deserve credit for offering a calming hand across the land.

On today’s dismal Alberta scene, it almost looks like the Magna Carta.