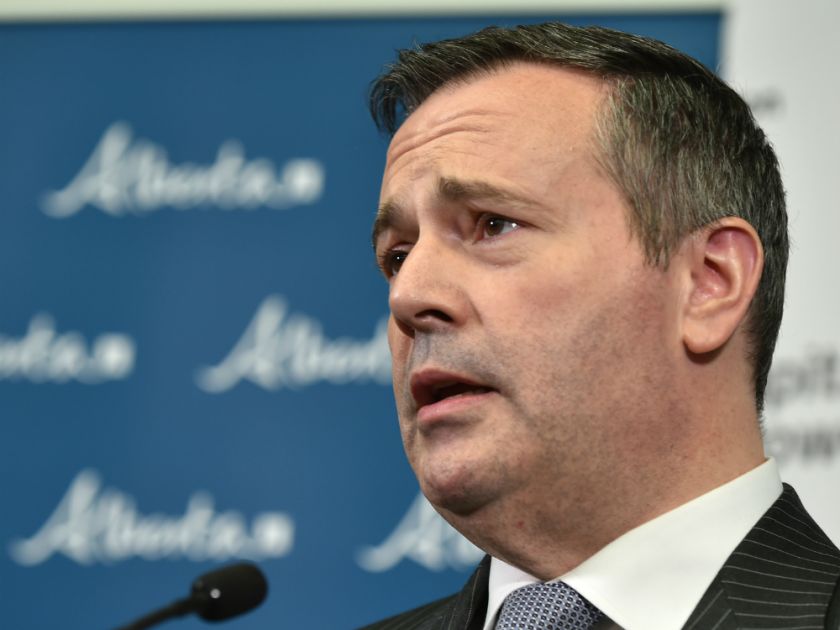 The UCP is winding up to make one of the biggest demands ever aimed at Ottawa.

For several days now, Kenney and the UCP government have been dropping hints like clanging manhole covers.

And public interest appears to be very high in the prospect of Pexit.

Herald contributor Rob Breakenridge fostered much of the curiosity Tuesday with a thoughtful column on why an Alberta Pension Plan is worth considering.

On Oct. 29, Kenney talked frankly about leaving the Canada Pension Plan and forming an Alberta equivalent, in a Facebook video question and answer session. (The subject starts at 40:45 of the recording.)

“I can certainly tell you that will be one of the issues studied by the panel that I will be appointing to consult with Albertans on fighting for a fair deal in Canada,” Kenney says in the video.

“I believe that a compelling case can be made for such a shift. We want to listen to Albertans on this first, but let me just say that with the youngest population in Canada, we are by far the largest net contributors to the CPP.

“The federal government, against our government’s wishes, is imposing higher CPP payroll taxes which will decrease economic growth and kill jobs, even though with this young Alberta population we do not need and cannot justify our premiums.”

He didn’t note — at least, not this time — that if Alberta quits the national plan, payments from other Canadians would apparently have to rise about 10 per cent to protect benefits.

That number will catch Ottawa’s attention.

In Kenney’s scenario, the pension fund would be administered by the Alberta Investment Management Corporation, AIMCo. He said it’s a successful world-class institutional investor with more than $100 billion under administration ($115 billion, according to the latest AIMCo report).

There is huge uproar over this, even though it’s not unusual for many public pensions to be held under a single investment body.

Quebec’s mammoth Caisse de Depot has handled public sector plans — and the Quebec Pension Plan itself — going back to 1965.

Kenney said, “I understand there is about $40 billion of Albertans’ premiums under management by Canada Pension Plan Investment Board.

“If we could transfer those assets to be managed securely by AIMCo, that would also help AIMCo be a stronger asset manager that would be able to participate in larger deals . . . to further diversify their investment portfolio and improve returns over time,” he concluded.

With $115 billion in the kitty even before the new plans are moved in, plus a $40-billion payout from Ottawa, AIMCo would be a giant with well over $150 billion under management.

Quebec’s Caisse de Depot administers about $326 billion; the CPP Investment Board itself has $400 billion US.

Alberta would move into a very big league for a jurisdiction with only four million people.

Government officials suggest there could be a strategic advantage for Alberta development. With many lenders shunning oil and gas, AIMCo might buy more stakes in the industry.

But economist Trevor Tombe points out that the first duty of these big institutional investors is to make money, and plenty of it. Decisions made for political reasons deserve to be “a genuine scandal.”

He says that if this idea gets serious, Albertans would deserve a “hard-headed look” at the actuarial numbers.

There would be anxious questions, for sure. Will a person still get all benefits built up during years with CPP? Will payments be higher with an Alberta plan? What happens if a family moves to another province?

Many Albertans want looser ties with the federal system. They favor measures that allow the province can control its destiny, without resorting to separatism.

Withdrawing from CPP is a provincial right. It can be exercised without constitutional or legal challenge.

And as Kenney surely knows, Pexit would terrify the federal policy-makers who helped pile misfortune on Alberta.

All within our treasured federal system, of course.