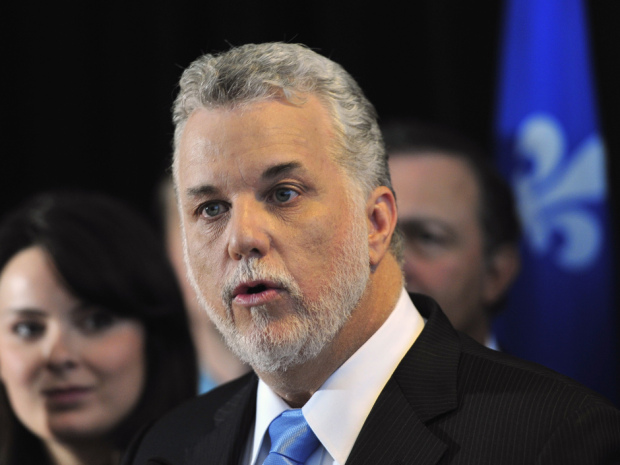 MONTREAL — Three men will have their names on the ballot Sunday when Quebec Liberals choose a new leader, but for frontrunner Philippe Couillard it is a fourth who presents the biggest obstacle to victory.
Sometimes described by Mr. Couillard as an acquaintance, sometimes as a friend and at least once, it emerged this week, as a “very close friend,” Arthur Porter is haunting the campaign from his new home in the Bahamas.
Dr. Porter, the former head of the McGill University Health Centre, left Montreal last year amid controversy and is now wanted in Quebec on charges of accepting kickbacks in relation to a $1.3-billion hospital construction contract awarded to SNC-Lavalin Group Inc.
Mr. Couillard, who was Liberal health minister from 2003 until he left for the private sector in 2008, has said they struck up a friendship soon after Dr. Porter arrived at McGill in 2004. The pair would later serve together on the federal Security Intelligence Review Committee and on the board of a mining company. In 2010, they formed a partnership that Mr. Couillard says never conducted any business before being dissolved last October.
As the Liberal vote drew nearer, stories linking Mr. Couillard and Dr. Porter multiplied. Friday’s La Presse devoted two pages to the subject, including a photo of a 2006 fishing expedition hosted by the New Brunswick government, in which Dr. Porter and Mr. Couillard took part. Earlier in the week, Radio-Canada broadcast a report showing video from a 2011 McGill University conference at which Mr. Couillard said he and Dr. Porter had been “excellent friends, very close friends” since they had first met. In an interview with La Presse this month, Dr. Porter said he was sorry to see Mr. Couillard, someone he considered an “unconditional friend,” now distancing himself.
Mr. Couillard, who was touted as a potential successor to then party leader Jean Charest as far back as 2005, entered the race as the clear favorite over his two rivals, Raymond Bachand and Pierre Moreau. And a Léger Marketing poll published Friday gave him a commanding lead among Liberal supporters and among Quebecers in general. The survey found that the Liberals would be even with the governing Parti Québécois if Mr. Couillard were leader, but trail by eight and 10 points respectively if led by Mr. Bachand or Mr. Moreau.
In an interview this week, Mr. Couillard said the attempts to tarnish him are par for the course. “When you’re the perceived frontrunner, you expect to be the target of attacks all along,” he said. “You expect those attacks as well to be organized and to intensify in the last days of the campaign. Roughly, this is what we have seen in the last two weeks.”
He noted that he was far from alone in being won over by Dr. Porter’s charismatic style and stressed that he had left politics and had no say in awarding the MUHC contract to SNC in 2010.
“What is difficult is to see this organized attempt to draw me into this by association,” he said. “But I think it’s part of the way politics is conducted today.”
Mr. Moreau first raised the issue of the Couillard-Porter connection, but it was Mr. Bachand who hammered him hardest in a January debate. “While we were fighting corruption and making laws and fighting tax evasion, what did you do,” Mr. Bachand asked. “You were there partnering with Arthur Porter and working in Saudi Arabia.” Mr. Couillard did medical consulting work in Saudi Arabia.
Mr. Bachand, believed to be running second among the 2,600 delegates who will select a leader, said the two key issues for the Liberals going into the next election will be the economy and integrity. As a former finance minister, he scores high on economic management. Asked what troubles him about the Porter-Couillard association, he said Quebecers angered by revelations before the Charbonneau commission into corruption demand a leader above all suspicion. “If you have doubts on the integrity of the person, then you don’t vote for that person,” he said in an interview.
Mr. Bachand is banking on the convention going to a second ballot and being able to attract enough of Mr. Moreau’s supporters to surpass Mr. Couillard. He denied reports that he and Mr. Moreau have made a formal agreement under which whoever finished third would endorse the other. But he said there is “a natural affinity” among their supporters.
Mr. Bachand and Mr. Moreau have to be considered long shots to overtake Mr. Couillard. Delegates are likely to be more influenced by a poll showing Mr. Couillard in position to win an election than by innuendo involving Dr. Porter.
Unlike the PQ, the Quebec Liberals have typically done a good job keeping a lid on internal discord. Mr. Couillard is not pleased that they have broken with tradition this time and he has faced more questions about Dr. Porter than about his program. But should Mr. Couillard win Sunday, his rivals will in fact have done him a favour. The questions about Dr. Porter were going to surface sooner or later, and he is better off having dealt with them now than during an election campaign that is expected within the next 12 months.