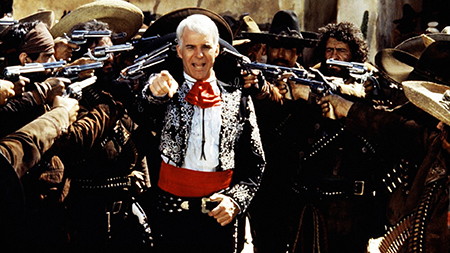 It is no surprise that the Trilateral Summit meeting tentatively scheduled for late February in Ottawa has been postponed. Enthusiasm and expectations for the event were low in all three capitals and the political warmth among the “Three Amigos” is no more salubrious than the February climate that would have greeted them. These sessions normally feature form over substance while falling short on purpose and resolve. They often seem more like attempts to pump up a hot air balloon that has a large hole in the centre; high-level bursts of energy that repeatedly fail to lift the balloon off the ground.
Two recent studies have urged a “rejuvenation of the spirit of NAFTA” and enhanced continental co-operation across the board. The first, by former World Bank president Robert Zoellick and retired general David Petraeus for the U.S. Council on Foreign relations sets out an ambitious agenda calling, among other things, for action to harness the immense energy potential of North America – a timely initiative for geopolitical as well as economic reasons – and specifically for approval of the Keystone XL pipeline. Their report also recommended structural changes aimed at giving the neighbourhood a higher profile with a senior level champion appointed to drive a more robust agenda in Washington.
The second study, issued by the Canadian Council of Chief Executives (CCCE), echoed a similar vision but skirted the most contentious issue in the bilateral relationship – Keystone.
Both acknowledged the subdued state of current affairs and yet both implied that little would likely change in the short term. As New Jersey Governor Chris Christie lamented during his two-day visit to Canada in December, Washington treats relations with Canada (and Mexico) as “an after thought when it should be the first thought.”
There are many reasons for the current malaise and for the consistent failure of trilateralism to gain traction in North America:
1. Both for Canada and Mexico, the bilateral relationship with the U.S. warrants a much higher priority than a continental approach. While there are some shared concerns, the bilateral problems, the irritants and especially the alliance linkages are different and, in many cases, more profound. Summits of the three tend to dilute the opportunity to address or resolve major bilateral disputes.
2. Each leader has more immediate pre-occupations. After a promising beginning, Mexican President Enrique Pena Nieto’s bold reforms of education and energy are being hampered by scandals encroaching on the presidency and by serious breakdowns in internal security. U.S. President Barack Obama has his hands full trying to find common ground with the new Republican control of Congress. Issues like immigration with Mexico or energy with Canada only exacerbate that objective. For Prime Minister Stephen Harper, a meeting in Canada’s capital at this time without a breakthrough on the Keystone pipeline could be more embarrassing than helpful.
3. The track record of trilateral achievement to date is sparse. Repeated calls for closer harmonization of regulations, more efficient border administration, etc. start with a flourish but fade before the ink is dry on the communique. The Security and Prosperity Agreement from decades past prompted a flurry of meetings of “experts” but delivered few tangible results.
4. Mr. Obama has shown little interest in relations with either of his neighbours. He has spent less bilateral time in Canada – 9 hours – than the erstwhile Republican candidate for 2016, Mr. Christie. He has been openly disparaging about NAFTA – the singular trilateral success story – presumably because it is still a tar baby situation of sorts for many of Obama’s labor union supporters. For this U.S. President, Keystone is a “tar” baby of a different sort and his comments of late about the pipeline have been notable more for their distain than their diplomacy.
5. A sensible approach to enhanced trade and investment for North America would have been to use NAFTA, as intended, for broader trade expansion. Instead, the U.S. has chosen to negotiate separately in TPP and with Europe and with others leaving Canada and Mexico to chart their own individual paths to liberalized trade. Notions of combining leverage to serve the interests of all three North American entities get short shrift. Self–interest is in vogue and, as Ian Bremmer observed recently, what we see from the U.S. is “the use of coercive economic diplomacy to pursue American interests with less regard for allies.”
6. While Mexico shares some of Canada’s concerns about increasing American protectionism, notably over discriminatory beef labeling, the ongoing hassle over visas for Mexicans is not propitious for collaborative dialogue and is deeply irritating to the Mexicans.
A common foreign policy adage is that domestic considerations will always trump foreign sympathies or sensitivities. That is the prevailing mood these days and any hopes for a bold, trilateral vision will have to wait for some degree of political climate change.