The Quebec Human Rights Tribunal (QHRT) came out with a very controversial — make that silly — decision two weeks ago.
It ordered the city of Saguenay to stop reciting a Christian prayer before meetings of the municipal council, to withdraw any religious symbols — namely a religious statue and the crucifix — from its public spaces and ordered the city pay Alain Simoneau, the complainant, $30,000.
This judgement confirms what many of us have being fearing for many years: Our country is slowly moving from being a democratic society where decisions are made by elected officials towards one ruled by a totalitarian government of judges.
It takes for granted that, left to themselves, democratically elected city councillors or members of Parliament would allow the tyranny (in this case, religion) of the majority to oppress our minorities. It implies human-rights commissions and tribunals, on the other hand, are made up of altruistic commissioners and judges working for our common good.
This is pure anti-democratic, politically correct nonsense!
Religious freedom exists in this country. You can convert from one religion to another or not have any faith except in yourself. That is not the issue at stake.
What is at stake is the decision our ancestors made to recognize the role played by the church in our history. The Catholic Church has had a historic, major and unique contribution in Canada’s development, particularly in Quebec. It established our first education and health-care systems. It actively participated in making the world we currently live in.
We cannot make a clean sweep of our past. Should we burn all the paintings of our former politicians in our parliaments? Should we knock down statues of people who changed our communities for the better in each city? Of course not.
Why should it be different when it comes to religion? The Quebec flag has a cross right in the middle of it. Our national anthem in French has clear religious references. There is a crucifix above of the speaker’s head in the National Assembly.
We shouldn’t change our flag, our national anthem or the decor of the National Assembly to please a few atheists who ignore or reject our past. We are proud, not ashamed, to live in this peaceful and prosperous part of the world that is the legacy of several generations of courageous men and women. And yes, some of them happened to be people of faith.
So why should we pay $30,000 to a so-called victim whose freedom was violated by hearing a 60-second prayer before a municipal council meeting and by seeing a crucifix on the City Hall wall? People are raped everyday and never get a penny for their real pain.
There are limits to using taxpayers’ money to pay for the left’s new attempt to brainwash us so we feel guilty.
Thank God (or Allah or Buddha or whatever) Saguenay Mayor Jean Tremblay is challenging the QHRT’s decision. And very wisely, he didn’t do it at the taxpayer’s expense. The community mobilized to raise the funds to cover the charges the appeal will cost.
Over the last few days, he has collected more than $120,000.
If you believe in democracy and want to protect our heritage, you should consider sending a few bucks to Mayor Tremblay.
— Duhaime is a freelance writer 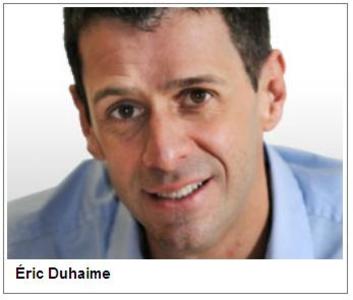