On Trans Mountain, Trudeau must do or do not. There is no try 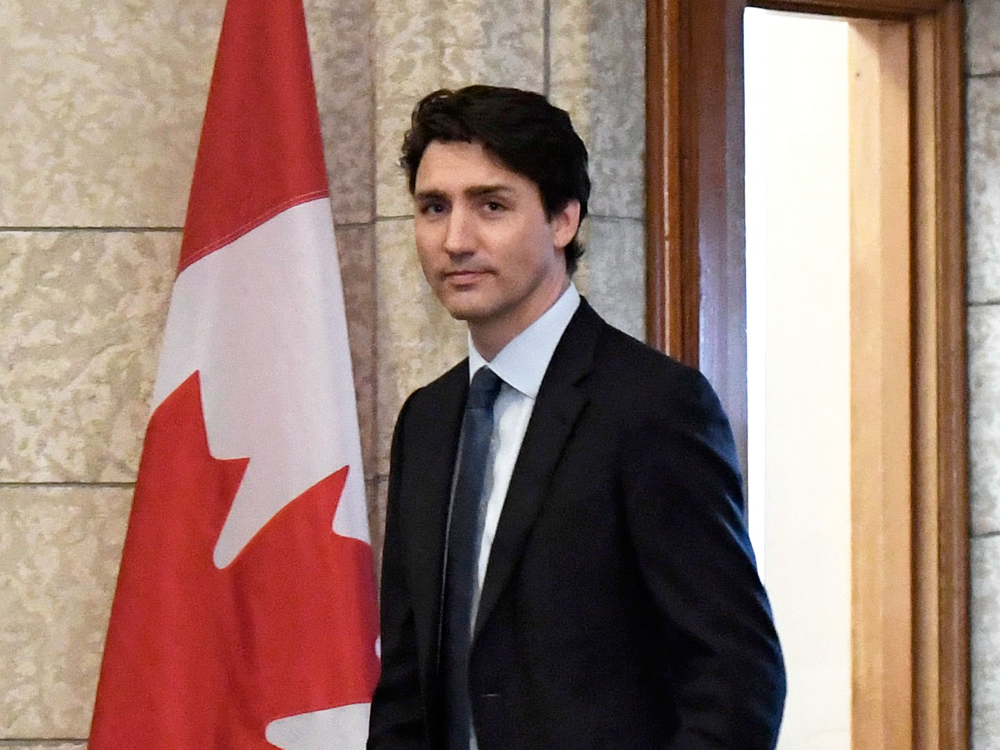 Following his pledge to build the Trans Mountain pipeline, noted Star Wars fan Justin Trudeau is in an existential moment.

Like Luke Skywalker trying to summon up the Force, he must do or not do. In the immortal words of Yoda, there is no try.

The consequence of failure is the collapse of his entire economic and environmental framework, not to mention reputational damage from which he might never recover.

That’s why I take at face value the contention by a number of Liberals that it is not a question of whether the pipeline will go ahead, but of how.

Still, nobody is placing bets on the mechanics of a resolution.

The government did itself no favours by holding a two-hour emergency cabinet meeting Tuesday, after which ministers scurried off as if they were part of a witness protection program.

The only indication the looming constitutional crisis is of more than mild concern to the Liberals came from Minister of Natural Resources Jim Carr, who held a two-minute audience with waiting reporters to say the government is examining its options before dashing off to catch a flight.

Yet behind the scenes, the government is mobilizing for a protracted engagement.

A steering committee of the departments of Justice, Natural Resources, Finance, Environment and Fisheries and Oceans has been formed to pull together a plan ahead of the next cabinet meeting on April 24.

Ministers will explore the government’s legal, diplomatic and financial options.

The feds are unlikely to bite: no matter how quickly things move through the courts they won’t move quickly enough to meet Kinder Morgan’s self-imposed deadline of May 31, by which time the company wants guarantees the project will proceed or it will walk away.

In any case, the jurisdictional issues are not in question. B.C. environment minister George Heyman admitted as much when he said his government no longer maintains it will use “every tool in the toolbox” to stop the expansion of the pipeline, as it pledged in its election platform and in its agreement with its Green Party partners. Now, it talks about using tools “to defend B.C.’s coasts, economy and interests.”

The reason for the shift? The B.C. government was given legal advice that stopping the project was beyond the jurisdiction of the province, rendering any such talk unlawful.

More likely than a Supreme Court referral is the use of legislation in the House of Commons — such as the invocation of the Emergencies Act, where the government could claim that a public order emergency threatens the ability of the government to preserve “the sovereignty, security and territorial integrity” of the country.

Given the intransigence of John Horgan’s B.C. government, Ottawa’s diplomatic efforts are more likely to be directed more at Rachel Notley’s New Democrats than their fellow travellers across the Rockies.

It is one of the less-commented upon aspects of this rumpus that it is ostensibly a civil war between progressives who have worked together for decades.

It’s no coincidence that the most serious threat to the federation since the last Quebec referendum is happening on the watch of two rookie NDP governments, neither of which, apparently, has the competence to operate a spoon.

For all tis foibles, Canada is a land of pragmatism, compromise and common sense. Notley’s immediate reaction to Kinder Morgan’s news was to pledge to buy the $7-billion pipeline outright, then to threaten an oil blockade on British Columbia. It was an ill-advised and impulsive response, kindled no doubt by the equally incendiary promptings of premier-in-waiting Jason Kenney, the province’s opposition leader.

Andrew Weaver, the Green leader in B.C. — who must be absolutely delighted at the economic bedlam he has unleashed — told CBC such a reaction would be deemed blackmail.

Federal finance minster Bill Morneau met Notley in Toronto on Tuesday and the message to the Alberta premier was clear: STFU, because the government of Alberta can’t solve this problem.

There remains a plurality of British Columbians who support the pipeline — an advantage for Ottawa that will evaporate like snow in a river if the inhabitants of Lotus Land are forced to line up at the pumps to pay $2 a litre for gas.

The financial options open to Ottawa could include taking an equity position in the pipeline. But Kinder Morgan is not seeking such an investment. The Trans Mountain expansion is a viable commercial enterprise and the company is unlikely to want to forgo the financial upside, if it does get built.

The energy giant would apparently prefer Ottawa backstop the project, in the event it is blocked on the ground or in the courts.

Kinder Morgan’s behaviour has upset politicians at all levels and the May deadline it has announced suggests a degree of skittishness that may not be felt universally by all pipeline companies.

The ideal scenario for the federal government would be for Kinder Morgan to sell the entire project to a Canadian energy infrastructure company — or companies — with Ottawa providing risk-mitigation during the construction period, having already resolved jurisdictional doubts by invoking the Emergencies Act.

However it plays out, the course of the Trans Mountain drama will determine whether Trudeau’s flagging reputation for fulfilling his promises is restored, or damaged beyond repair.