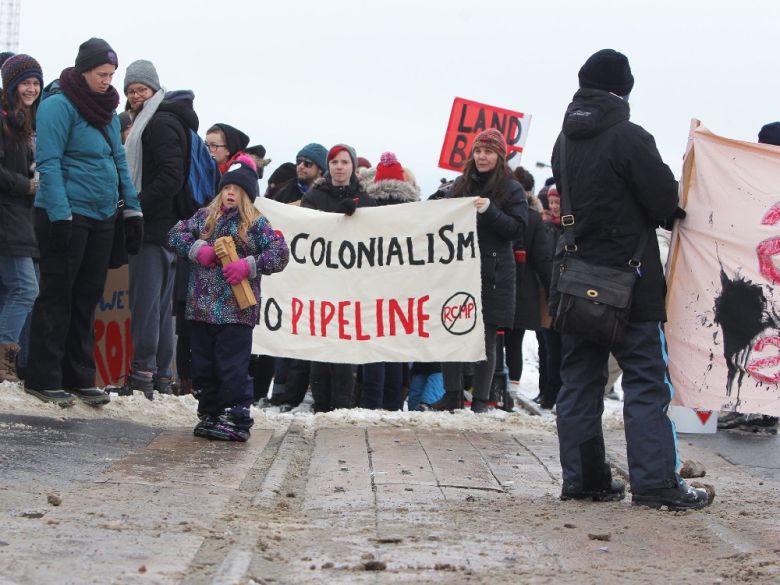 Canada is slowly turning from democracy to mobocracy, as the rule of law is tested from coast to coast.

From blocked intersections in downtown Toronto, to journalists and legislators being barred entry to the B.C. legislature; from an obstructed CN line affecting rail traffic out of the port of Prince Rupert, to the barricades impeding Via Rail’s service between Toronto and Montreal, Canada is slowly being choked into submission.

The protests are in solidarity with the opposition to the Coastal GasLink pipeline in northern B.C. by hereditary chiefs of the Wet’suwet’en Nation. But a considerable number of “outsiders” are using the dispute as an excuse for mischief.

It’s impossible to know how many anarchists are at work. The U.S. website, It’s Going Down, has been actively calling for its followers to “shut down the ability of capitalist civilization to function” and has been promoting a campaign to #shutdowncanada.

Eco-warriors like Rising Tide Toronto are calling on its activists to fight actors in that city that “benefit from mega-extraction and colonialism”.

The mob is winning. CN has temporarily closed down part of its network and warned of threats to the transportation of food, grain, de-icing fluid for airports and propane for Quebec and Atlantic Canada.

In the face of this declaration of disorder, our politicians have been supine. Justin Trudeau is overseas, campaigning for a UN Security Council seat but encouraged all parties to use dialogue to resolve the problem.

The beleaguered Transport Minister Marc Garneau noted that it is illegal to blockade a rail line under the Railway Safety Act but said it is up to the provinces, not the federal government, to sort it out.

It’s true that Ottawa cannot direct provincial police forces. No one wants a repeat of the Oka Crisis. All sides need to show restraint to avoid a bloodbath.

But somebody in Ottawa, other than Conservative leadership candidate Erin O’Toole, should be pointing out that along with the right to protest there are certain responsibilities to allow other people to go about their business.

The prime minister should be pointing out that the protestors’ case is built on judicial sand.

The RCMP on Wet’suwet’en territory are not “invading sovereign Indigenous territory” as protestors occupying the federal Justice building in Ottawa contend.

The Mounties are enforcing an injunction granted by the B.C. Supreme Court, which gives them the right to arrest people and remove camps designed to block pipeline construction.

The 670 km pipeline has support from the five Wet’suwet’en bands and their elected chiefs and councils, who have signed financial benefit agreements worth $338 million for the 20 bands along the route, plus contract work for Indigenous businesses estimated at $620 million.

But the project is opposed by hereditary chiefs, who argue that they represent Wet’suwet’en’s traditional governance structure.

The common sense view may be that the democratically-elected band governments should prevail. But there is no place for common sense when it comes to Crown-Indigenous relations.

The hereditary chiefs argue that, since the pipeline’s proponents were not given permission to enter unceded territory, they are in violation of Wet’suwet’en law.

The judge presiding over the injunction said that Indigenous customary laws are not viewed as an “effectual” part of Canadian law until they are recognized in treaties or court declarations. The landmark Tsilhquot’in case in 2014 said that once aboriginal title is established, there is a requirement to get consent from First Nation before development can take place.

But the Wet’suwet’en have not established title, or ownership, over their traditional lands in Canadian court or through negotiation. They would likely have a very strong case to take to the Supreme Court of Canada but, while there is a duty to consult, there is no veto. In time, the hereditary chiefs might stop the Coastal GasLink project but that will be up to the courts.

Such nuances are clearly lost on protestors such as the young activists blockading the Justice building, who insist that, since the land was unceded, it remains sovereign.

But that is not the law.

“Under Canadian law, whether land has established aboriginal title or not, Canadian courts don’t treat it as ‘sovereign’,” said Dwight Newman, the Canadian research chair in Indigenous Rights at the University of Saskatchewan.

This is messy stuff and there is validity in the claim in a blog post by Gavin Smith, a staff lawyer with the West Coast Environmental Law organization, that “the Wet’suwet’en are a classic example of how the Crown and Canadian legal system have overseen a long-term and continuing failure to give effect to the promised recognition of Aboriginal title and Indigenous law.”

But the law is all we have and without it, we will have anarchy, which seems to be precisely what many protestors want.

“From their point of view, I’m not sure that Canadian law matters,” said Newman. “One of the challenging things (the Wet’suwet’en case) is exposing is that there are a lot of protestors who take the view that something other than Canadian law should be determining a lot of issues within Canada.”

As B.C. Premier John Horgan noted of the confrontation at the provincial legislature, things have shifted from traditional protest to something quite different.

It is going to take deft political leadership to defeat the mob without civil conflict.

The early signs are not encouraging.

Listen to our Canadian news podcast, 10/3