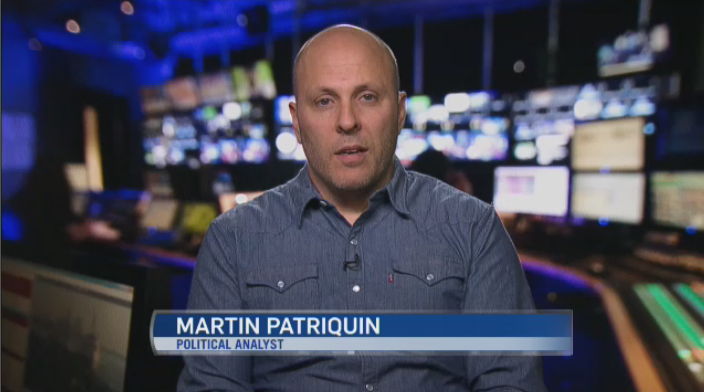 Federal leaders are mindful of what happened to the NDP in Quebec after Thomas Mulcair took a principled stance on niqabs in 2015.

Four long years ago, Thomas Mulcair condemned Prime Minister Stephen Harper’s unfortunate tendency to campaign on the backs of certain religious minorities. Harper, in the midst of a gruelling re-election campaign, decided one of the nation’s chief scourges was the niqab. He was conspicuous both in his denunciation of the face covering worn by some Muslim women and in his suggestion that his rivals were pro-niqab.

Mulcair’s response to this nativist bafflegab, delivered during a French-language debate, was pithy and brilliant. “The way Mr. Harper says it, it’s like there are people here that are pro-niqab. No one here is pro-niqab. We realize that we live in a society where we must have confidence in the authority of the tribunals, even if the practice is uncomfortable to us,” the then NDP leader said.

These 50 or so words spoke multitudes. They destroyed Harper’s reductionist suggestion that equated opposition to his government’s ban on taking a citizenship oath in a niqab with being pro-niqab. They summed up how cynicism exploits fear, and fear begets bad law. It also put into focus exactly how, if we are going to design laws to prohibit what makes us uncomfortable, we should at least do so without impinging on fundamental Charter rights. So far, no Canadian politician has been able to do so.

And yet as righteous as they were, these words probably killed Mulcair’s prospects in Quebec. And it is why, as we head toward another federal election, no leaders will loudly criticize Quebec, even though the provincial government has indulged similar fear and cynicism to beget a very bad law.

Buckets of ink, in this space and elsewhere, have been spilled decrying Premier François Legault’s “laicity law,” which prohibits certain public sector employees from wearing religious clothing or symbols. Yet the mendacity implicit in the legislation, which purportedly applies in an even-handed way but in practice overwhelmingly targets female teachers, is exceeded by its apparent consequences since it became law in June. There’s the case of Amrit Kaur, a practising Sikh woman who has decamped from her native Quebec to Vancouver, where she can put her teaching degree to use. There’s Tracy Bounil, a Muslim teacher who came to Montreal last December to teach, only to return to Calgary because of the law. Then there’s the father, as reported in a story by Le Devoir’s Marco Fortier last week, who demanded that his child not be taught by a woman wearing the Muslim headscarf — even though the law’s grandfather clause allows her to teach.

The law and its consequences should be a source of national outrage. Our leaders should be decrying this law from the rafters, when not otherwise supporting the ongoing legal fight against it. Legault should be called out for appealing to the baser fears of his electorate. We need Mulcair-calibre indignation more than ever.

And we won’t get it, for one simple reason: Mulcair’s own precedent. Mulcair’s popularity in Quebec began to sink almost immediately following his forceful condemnation of Harper. An NDP operative I spoke to at the time told me the mood changed overnight; the day after he uttered those words, many voters were asking why on Earth the leader of a federal party would be pro-niqab. Translation: fear sells. And — in the case of Mulcair, at least — fear worked. In Quebec, in particular, the NDP hemorrhaged support and seats.

It’s exactly why we won’t hear much condemnation of this truly bad law. Certainly, we won’t hear much from current NDP leader Jagmeet Singh, who wouldn’t be able to teach a high school class or even be a game warden in Quebec because of what he wears on his head. Why the relative silence? Because Quebec looms large in the electoral arithmetic — and it is in this arithmetic where principles go to die.

Martin Patriquin: EMSB flip-flop on Bill 21 is a poor omen