Kelly McParland: Pipelines are infrastructure, too 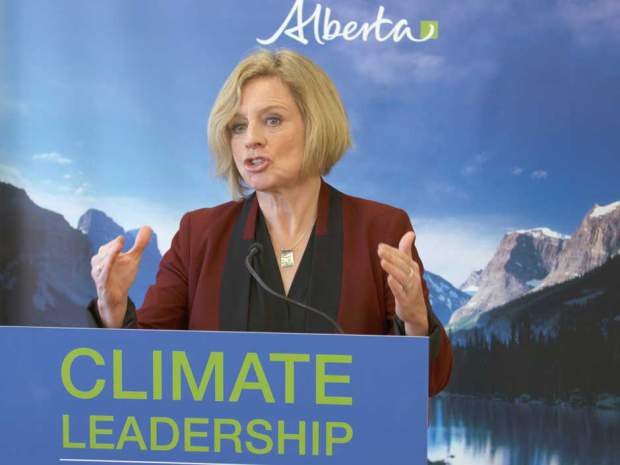 While Canadians as a whole face an unsettled economy and uncertain future, conditions in Alberta are particularly acute. The oil price collapse has opened an enormous hole in provincial revenues, so that the province that drove Canada’s economy through much of the past decade is now confronted with years of deepening deficits. The social impact has been painful: a spurt in suicides, spiralling joblessness, growing demand at food banks.
The blame for this lies largely within. For decades Alberta governments have spoken of the need to encourage diversity to wean itself away from an energy-dependent economy, only to foil their own aims by undermining the low-tax, controlled-spending formula that was a strong lure to investors. Successive recent governments squandered the zero-debt, balanced-budget legacy of former premier Ralph Klein, boosting spending even as clouds gathered.
Still, a new era was supposedly ushered in when the 43-year Progressive Conservative dynasty was broken with the election of NDP Premier Rachel Notley, bringing in not just a new face but a new dynamic. No longer would Alberta genuflect before the gods of Big Oil, she declared. “Every chance I get, whether it’s in a conversation, at an event or in a meeting that I’m participating in, I’m going to be underlining our government’s commitment to transition to a lower-carbon future while building a strong, progressive energy economy,” she said.
She accompanied Canada’s mammoth delegation to the Paris climate talks to make that point to a global audience. She has visited Canada’s other self-declared “progressive” premiers to pledge co-operation and seek it in return. She has promised to “modernize” oil royalties, introduce an economy-wide carbon tax and phase out coal-fired power plants. She’s made the point that a healthy Alberta is good for all Canada.
In return, she’s heard the sound of silence. Or worse: last week the B.C. government lodged its formal opposition to the $6.8-billion Trans Mountain Pipeline project, partly based on its demand for a “fair share” of the benefits. Enbridge’s embattled Northern Gateway project hit another major delay when the B.C. Supreme Court ruled First Nations were not adequately consulted. The gloomy outlook, along with Washington’s refusal to allow construction of the Keystone XL pipeline, aggravates the danger Alberta’s oil will be bottled up inside the province, unable to reach ports that providing access to customers. While rail offers a limited alternative, transport problems are a key reason Alberta’s oil is among the cheapest on Earth, robbing Albertans and all Canadians of billions in potential revenue.
The Liberal governments of Ontario and Quebec continue to play coy over the project,
The big squeeze makes the proposed Energy East project that much more essential. Building an oil pipeline during a price slump may seem counterintuitive, but ignoring infrastructure is what has caused Canada’s present crunch, and oil will not always be $20 a barrel. The 4,600-kilometre pipeline would carry 1.1-million barrels of crude per day from Alberta and Saskatchewan to refineries in Eastern Canada. There is nothing revolutionary about the idea — pipelines already criss-cross Canada and are an essential part of the national infrastructure Prime Minister Justin Trudeau has declared to be a top priority of his government.
Yet the Liberal governments of Ontario and Quebec continue to play coy over the project, which would cross each province en route to the Atlantic. Rather than get behind an ambitious endeavour of national importance, premiers Kathleen Wynne and Philippe Couillard talk about wanting their share of the pie while pandering to left-wing elements eager to strangle the energy industry at all costs, no matter the economic impact on ordinary Canadians.
Trudeau has voiced support for Energy East. Yet despite promising words, the Liberals have shown no sign of aggressively promoting the proposal, or bringing fellow Liberals in Ontario and Quebec on board.
Time is short. Anti-oil zealots will put pressure on the new government. Trudeau must make it known that success for Energy East is as firm a priority as his ambitions for a more stringent climate change regimen. He could start by visiting Notley and saying so. “You can’t just turn off the tap and walk away from it,” the Alberta premier said last week. Ottawa should indicate it’s been listening.

Kelly McParland: Canada is back. And perhaps the east-west divide as well