Integration has always been this province's preferred option


Do Quebecers embrace multiculturalism? Jack Jedwab, head of the Association for Canadian studies ("Beaudoin playing semantics in rejecting multiculturalism," Opinion, Feb. 18) claims that they do. He argues that "the term multiculturalism is viewed positively by the majority of Quebecers" because a survey in June 2010 showed 73 per cent reacted favourably to the word. He therefore contests my analysis of the recent vote on the kirpan at the National Assembly ("Kirpan issue opens Quebec multiculturalism debate," Gazette, Feb. 11) in which I pointed out that Quebec governments have consistently rejected the policy of multiculturalism and argued that a majority reject its principles.
But what is understood by multiculturalism? "Multiculturalism" can describe ethnic diversity, or designate a policy concerning integration of immigrants. Evidence tends to show that Quebecers reject the Canadian policy of multiculturalism in two domains: defining the rules of secularism in a modern democracy, and integration of immigrants. Multiculturalism as a policy is only one of several possible ways of approaching these issues in a democracy. Various Western democracies have created their own model of secularism and integration, some multicultural, some not (e.g. the U.S. and France).
Secularism is at the heart of multiculturalism debates in the 21st century. Here, Quebecers seem more favourable to policies inspired by the French model of laïcité. Most Quebecers disagree with the religious "reasonable accommodation" model the Supreme Court of Canada has elaborated. The decision allowing kirpans in Quebec schools was based on Article 27 of the 1982 Canadian Charter of Rights in which "the preservation and enhancement of the multicultural heritage of Canadians" is entrenched. Polls showed 85 per cent of Quebecers rejected that decision.
But Quebec's position has yet to be fully defined in that domain. Two proposals are debated: the "laïcité ouverte" defended by the Liberals with Bill 94, which limits religious exceptions ("reasonable accommodation") allowed in public service; and classical laïcité as defended by the official opposition.
Laïcité urges strict state neutrality, which entails the same rules for all, notwithstanding religion. Multiculturalism gives religious motives pre-eminence over others and welcomes ostentatious religious symbols in public service.
Quebec governments of all parties have always rejected the policy of multiculturalism and defended a stronger integration policy. After the Laurendeau-Dunton report on Bilingualism and Biculturalism, prime minister Pierre Trudeau rejected the traditional "two founding peoples" concept of Canada and adopted the Canadian policy of multiculturalism in 1971. The Quebec premier, Liberal Robert Bourassa, declared the policy wasn't appropriate for Quebec.
Quebec governments have consistently maintained that principle by elaborating a Quebec policy that insists on integration to Quebec language, culture and values: René Lévesque's PQ government at the time of Bill 101 (1977); Bourassa's second government when it signed a deal with Ottawa in 1991 on the selection of immigrants; and Jean Charest's government, with the "Moral contract of integration" adopted in December 2008.
The Canadian policy of multiculturalism is seen as weakening the clear message of integration that Quebec wishes to state more clearly.
Quebec governments chose to handle immigration (a shared competence under the 1867 Constitution) during the Quiet Revolution. Liberal Jean Lesage's government created a secretariat (1965) and Daniel Johnson's Union Nationale government created a ministry of immigration (1968). That year, 1968, also saw the St. Léonard riots over the language of public schools. At the time, most immigrants to Quebec integrated into the Canadian majority (English-Canadian culture) rather than the Quebec majority (French Canadian culture). This was thought detrimental to Quebec's national interests and future. If knowing French is a first step toward integration into Quebec's majority culture, language does not exhaust integration issues. Bill 101 was meant to answer this issue concerning schooling. A poll published in La Presse Feb. 14 indicates that 79 per cent of Quebecers approve of Bill 101 and 66 per cent see multiculturalism as a threat to the future of French in Quebec.
It is thus not exaggerated to conclude that Quebec's official positions and public opinion converge in preferring a policy of integration to Quebec's majority culture and secularism to the federal policy of multiculturalism.
***
Charles-Philippe Courtois is a historian and teaches at Royal Military College Saint-Jean. 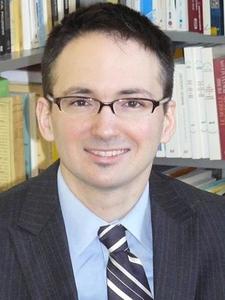 Integration has always been this province's preferred option