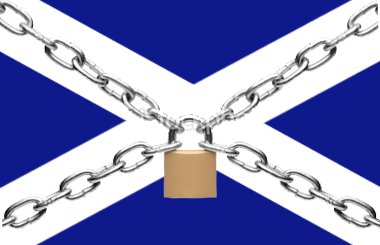 A summit on new powers for the Scottish Parliament will be held within weeks of a No vote in the Scottish independence referendum, it was confirmed last night.
Secretary of State for Scotland Alistair Carmichael is to invite all of the country’s political leaders to attend a Conference on the New Scotland in an effort to heal divisions over the referendum outcome.
In a keynote speech tomorrow, the Liberal Democrat cabinet minister will urge Nationalists to join the pro-UK parties after a No vote and help devise a package on which “Scotland can unite”.
The move met with a positive reaction from pro-Union political rivals last night.
But the SNP insisted only independence can deliver more powers for Holyrood and claimed the Lib Dem had already “reneged” on previous commitments since joining the coalition government at Westminster.
Mr Carmichael will say in his speech that the summit will be staged whether the SNP participate or not. It now appears unlikely that any agreed deal on more powers will be struck before the September referendum among the pro-Union parties. Labour said last night that this was not necessary.
Mr Carmichael will set out his plans at the Scottish Engineering annual dinner in Glasgow tomorrow.
“I can confirm that in the event of a No vote, I will invite the representatives of Scotland’s main parties to meet in October to begin that process,” he will say. “There will be a Conference on the New Scotland.
“It will work in the interests of the people of this country. And more powers will come.”
The summit will aim to reach consensus so that action can be planned to take forward proposals for more devolution.
“If Scots vote to stay within the UK family, as I believe we will, only then can we ask those who wanted to leave to set aside their differences with us, work together, and deliver a package of powers around which Scotland can unite,” Mr Carmichael will add.
The details of such a meeting were first set out by his Liberal Democrat colleague Sir Menzies Campbell in a report laying out the route to a formal agreement on more powers for Holyrood.
He proposed that the Scottish Secretary should invite politicians to start that process not more than a month after the 18 September referendum.
Scots are entitled to “understand the consequences of either outcome” when they cast their ballot in the referendum, Mr Carmichael will say.
He will add: “In the event of a No vote, change will come. Scotland will have more powers.
“Getting to that destination involves bringing together all of those who have engaged with this debate and produced ideas and contributions of their own.”
Mr Carmichael’s pledge comes after a visit from Deputy Prime Minister Nick Clegg to Edinburgh this week, during which he told business leaders that the Lib Dems are the “guarantors” of more powers for Scotland. Any final settlement would have to be negotiated with the other pro-UK parties, businesses, and wider civic Scotland, he said.
Prime Minister David Cameron also used a visit to Scotland last week to pledge Holyrood would be given further powers if Scots chose to stay in the UK.
The Tories’ commission on more powers is expected to report next week and last night the party said it is committed to more devolution. “We will be campaigning hard over the coming months to persuade Scots that they can have the best of both worlds – a strong Scottish Parliament within a secure United Kingdom,” a spokesman said. “And if we secure a No vote this September, we want devolution to develop further.”
Labour has already set out its proposals for more powers, giving Scotland control of three quarters of the 20p basic rate of income tax. MSPs would also get power over housing benefit and the ability to scrap the bedroom tax. UK leader Ed Miliband has said the party’s plans would be contained in the first Queen’s Speech after the 2015 election if he become Prime Minister.
A Scottish Labour spokesman said last night: “All the pro- union parties are in favour of more powers for the Parliament but each has different priorities.
“We don’t see a need for talks before the referendum and Scots will be able to make their choice at the general election.
“If the current UK government wants to hold talks after a No vote then that is something we would consider but at the moment we are concentrating on delivering a vote for Scotland to stay in the UK and on a Labour election victory so Ed Miliband will deliver more powers for the Scottish Parliament.”
First Minister Alex Salmond has already called on the pro-union leaders to join his “Team Scotland” proposal for negotiating with the UK on independence in the event of a Yes vote.
SNP MSP Linda Fabiani would not commit to joining Mr Carmichael’s Conference on the New Scotland last night.
She said: “We are entirely focused on achieving a Yes vote in September in the best interests of Scotland – and are confident of doing so, with the polls showing Yes well within reach of success in September.”
“The fact is that only a Yes vote can guarantee the powers Scotland needs to be a fairer, more prosperous country – the No parties have nothing substantial to offer Scotland.
She added: “Mr Carmichael’s party have been promising Home Rule for over a hundred years. Yet as recently as 2011 the Lib Dems had the chance to beef up the Scotland Bill with a raft of new economic powers that they had previously supported – but they reneged on their previous commitments.”